Football Manager 2020 Manchester United – Old Trafford is not the fortress it once was, but that could all change with the right moves on FM20.

Despite often being used as a scapegoat for United’s woes, Pogba is without a doubt a world-class midfielder when he’s at his best. But therein lays the challenge, getting the best form out of a World Cup-winning midfielder on a weekly basis. Thankfully, United have one of the largest transfer budgets of any side on FM20 so you’re well equipped to recruit new talent.

Pogba is best deployed as attacking midfielder, giving him the licence to roam and make use of his outstanding technical abilities. There is one slight issue. The Frenchman’s contract is due to expire in 2021 and he is often reluctant to sign a new one straight away. The silver lining is that the club have the option to extend his contract by a year, but you will need to achieve some level of success to secure his long-term future. 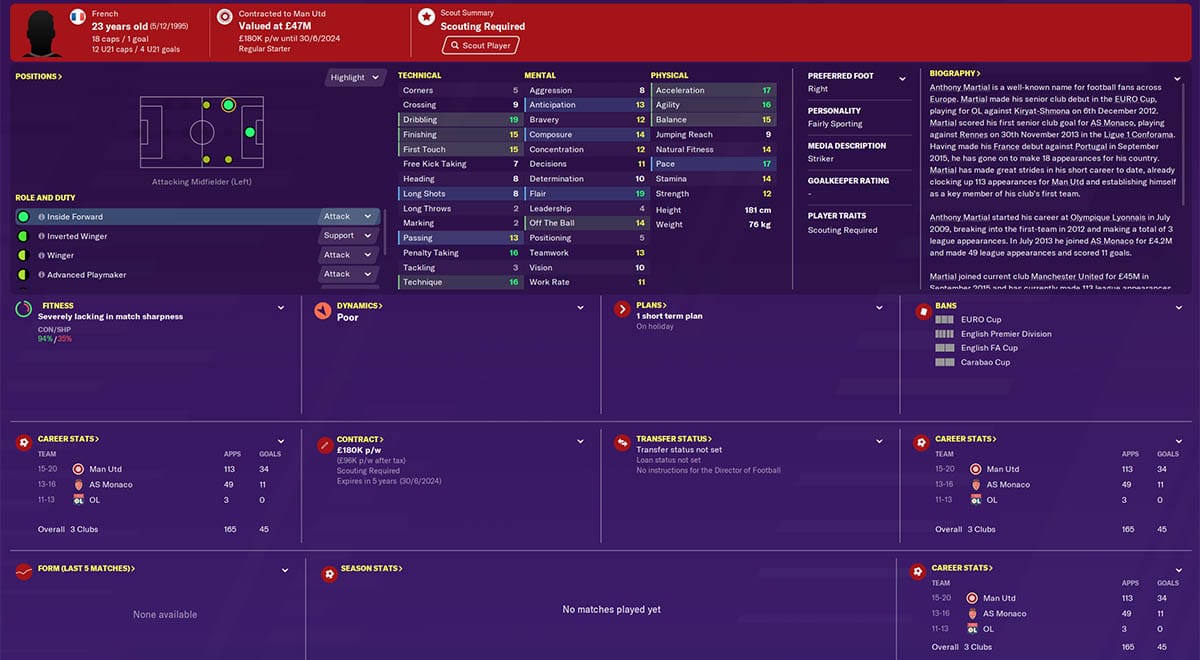 Marcus Rashford was a close contender for this position but in the end, Martial gets the nod. His goalscoring prowess makes him a constant threat and he is comfortable as a left-winger or advanced forward. His dribbling ability is up there with any player on FM19 and at 23, his best years are still ahead of him.

In three of Martial’s four seasons in the Premier League, he has averaged around about 10 goals a season but has the ability to double or even triple that tally. 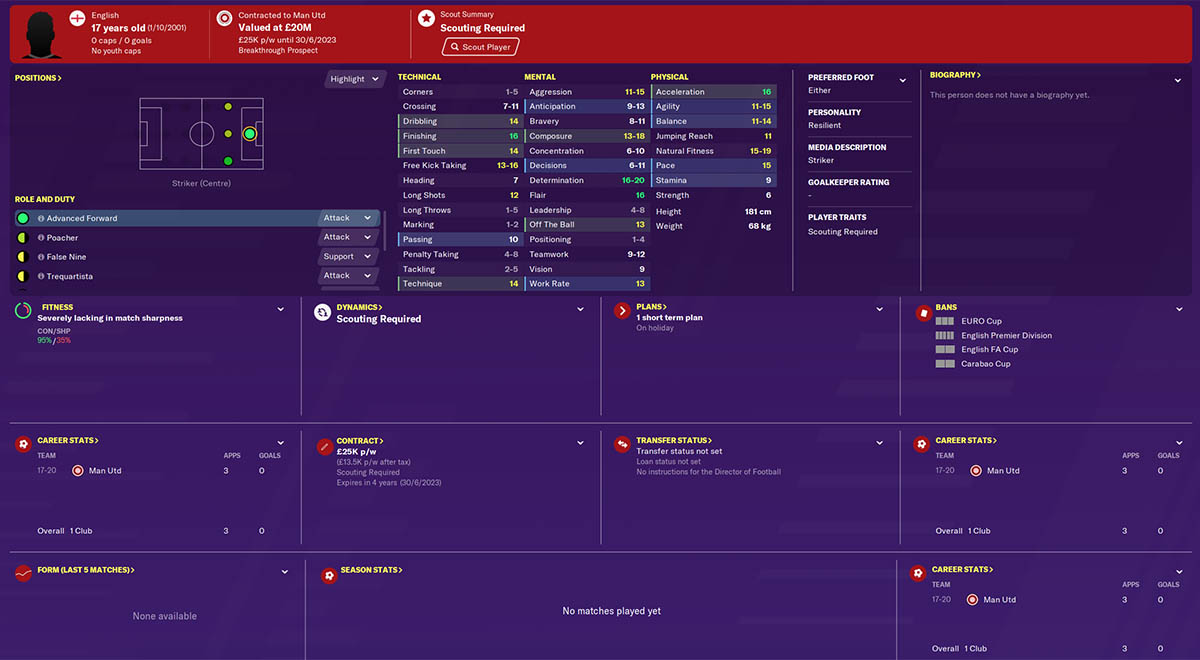 Greenwood is by the far the club’s best young prospect on FM20, but with the pressure to secure an instant return to the Champions League and a huge transfer budget, he may be best suited for a loan move in the first season.

A year of first-team football at a strong Championship side usually reaps wonders for a player who potential ability falls between 150-180. 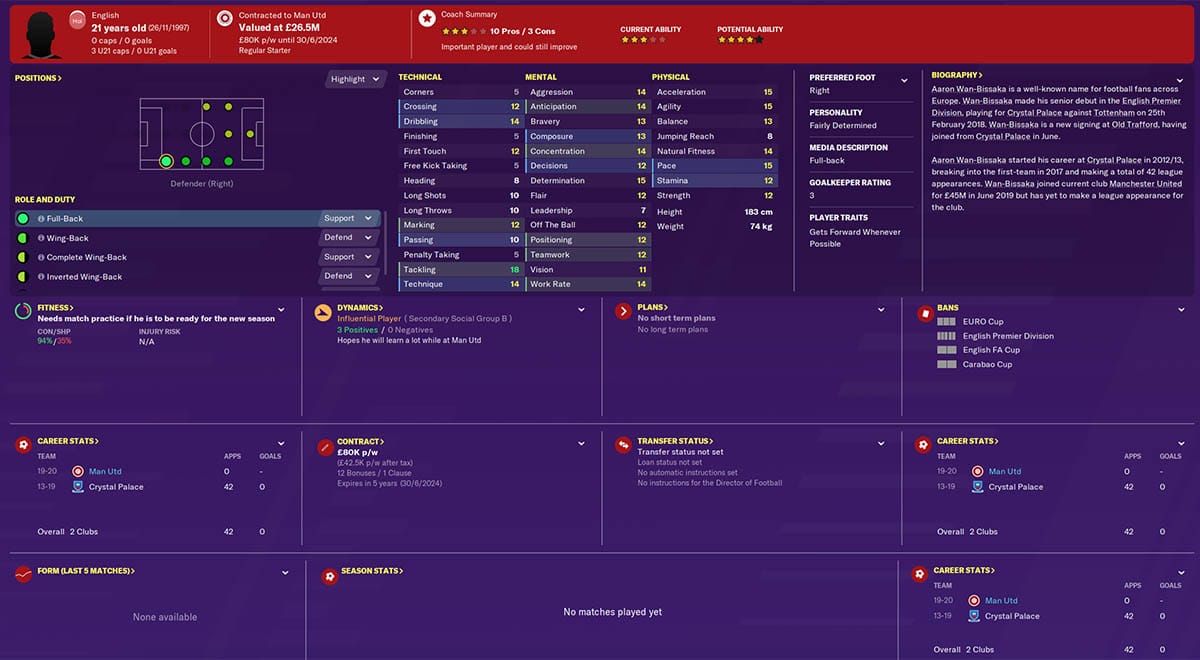 After a big-money move from Crystal Palace, Wan-Bissaka may need some time to get acclimatised to life in Manchester.

The Croydon-born full-back is one of the highest-rated young defenders in FM20 and is ready to hold down a starting spot from the get-go. Diego Dalot is another strong young prospect to consider, but in Wan-Bissaka and Dalot, one of those players will surely become your starting right back for the next decade. 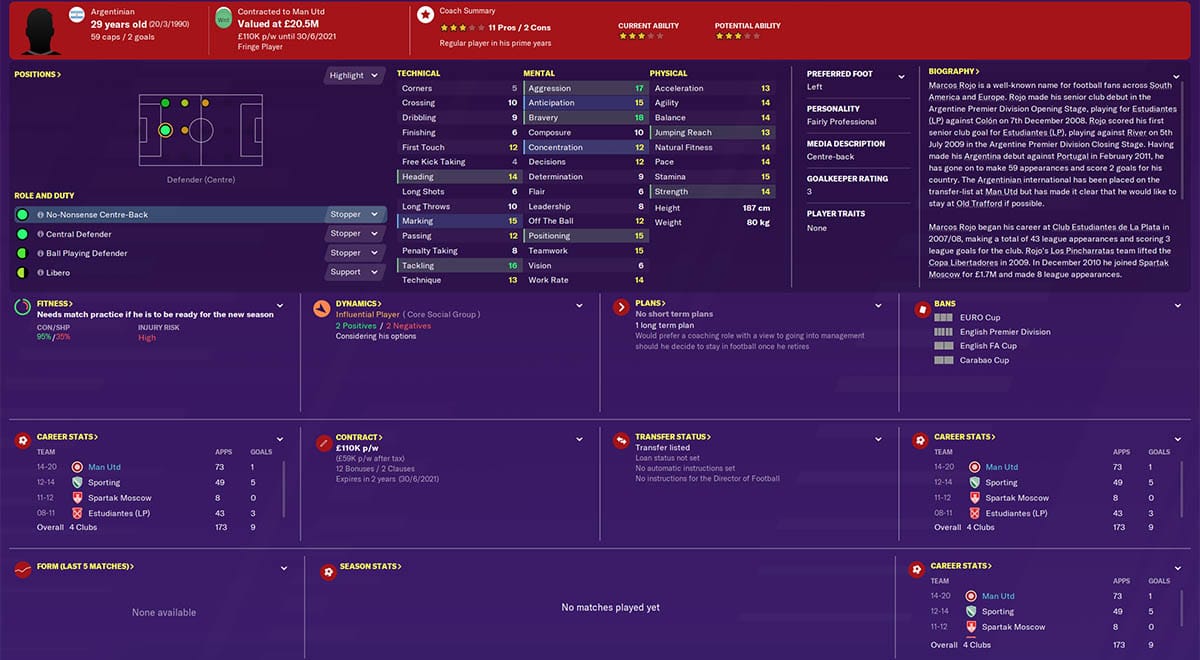 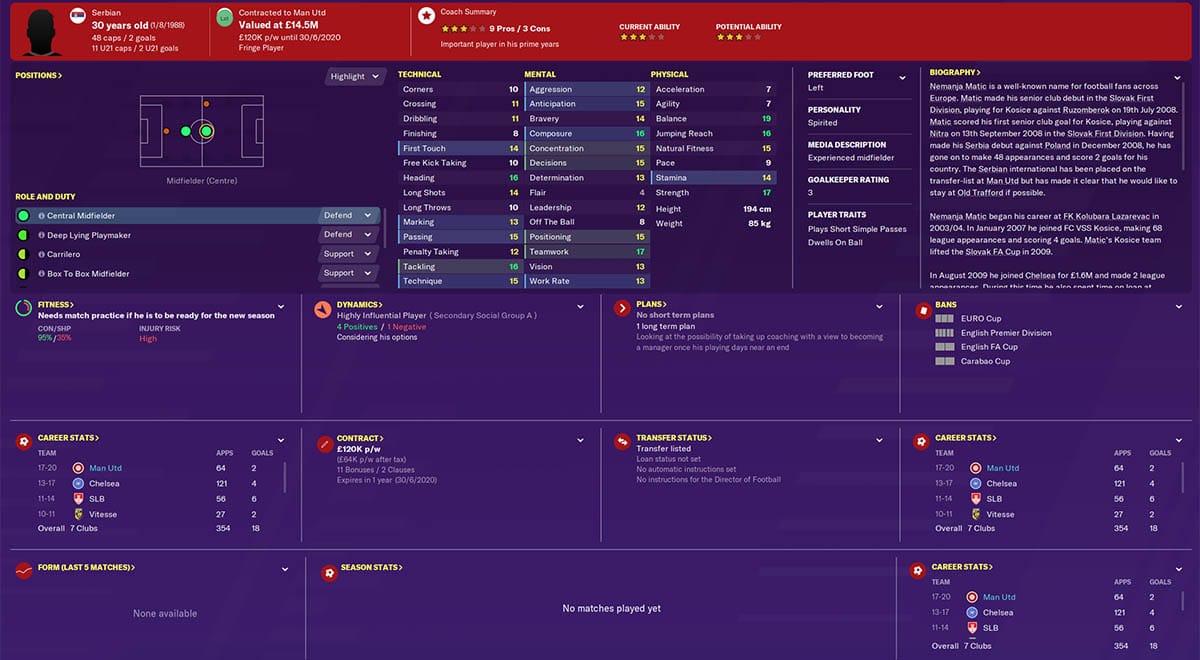 After you’ve read up our Football Manager 2020 Manchester United team guide, check out our list of the most valuable players at every position on FM20 by clicking here.