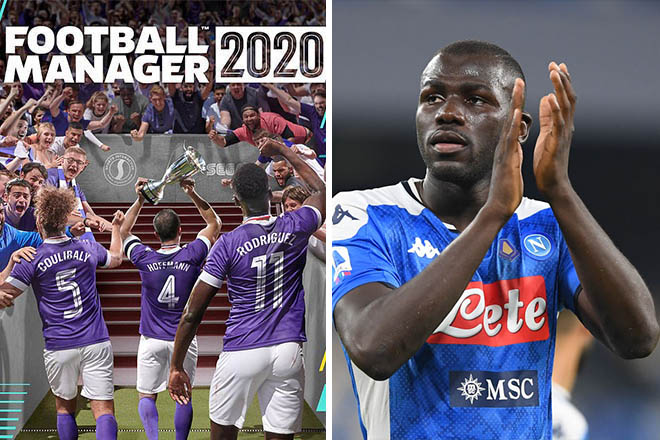 Football Manager 2020 Napoli – Gennaro Gattuso’s side has endured a rollercoaster season so far.

Carlo Ancelotti was sacked, Aurelio De Laurentiis threatened to dock players wages, Gattuso was appointed, the club lost four in a row, the chairman threatened to sue over bar VAR calls. The list goes on. At the time of writing, the Naples outfit are currently 11th in Serie A, 24 points off of league leaders Juventus, after finishing second last season. 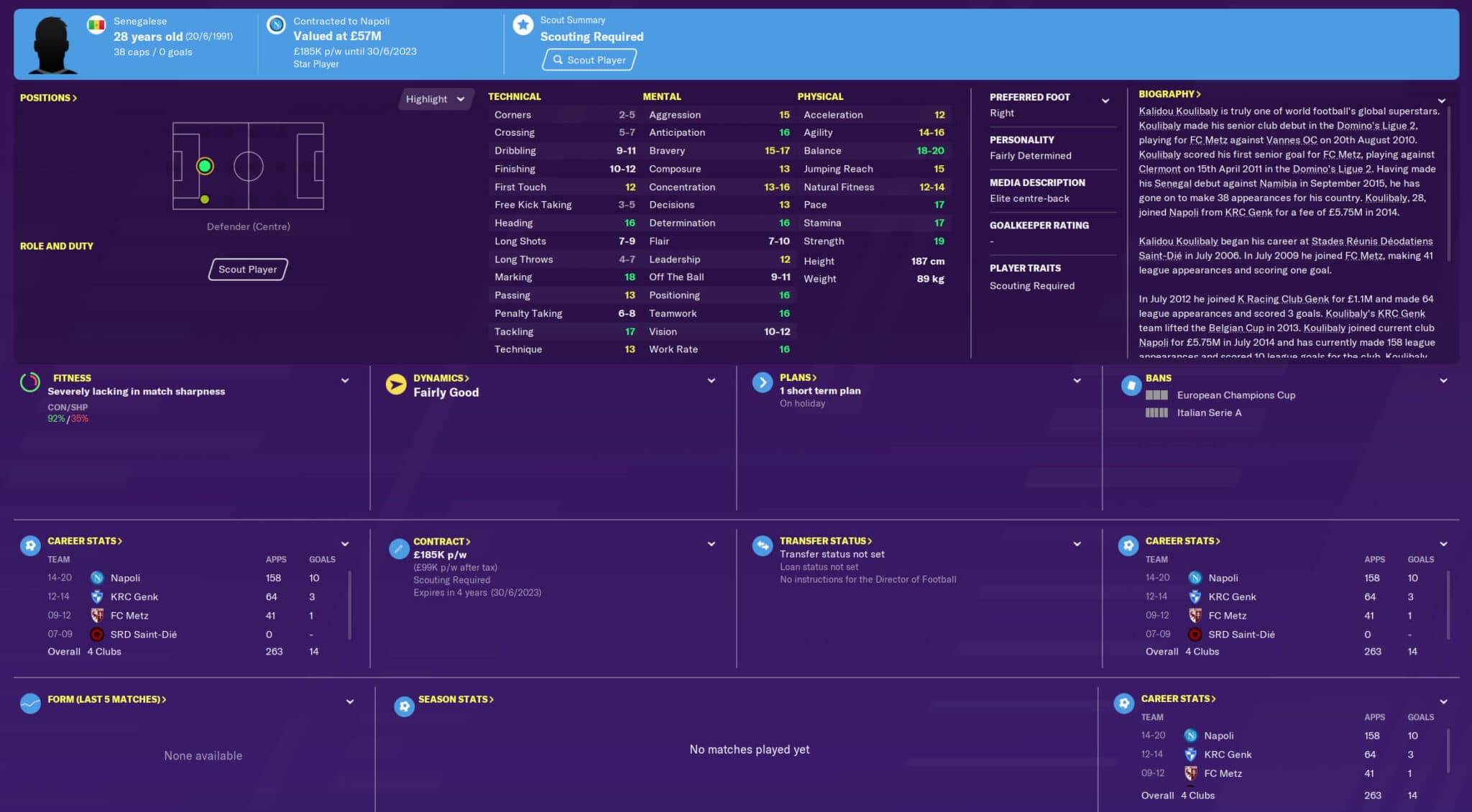 As one of the most coveted defenders in the whole of Europe, Koulibaly needs no introduction. What you need to know is, if you can’t secure Champions League football in your first season, it will be tough to keep him.

The Senegalese defender has all the attributes needed to dominate a back four similar to how Virgil Van Dijk commands Liverpool’s backline. Because of that, FM20’s best clubs will inevitably come sniffing, particularly if your Napoli side are languishing in the Europa League. 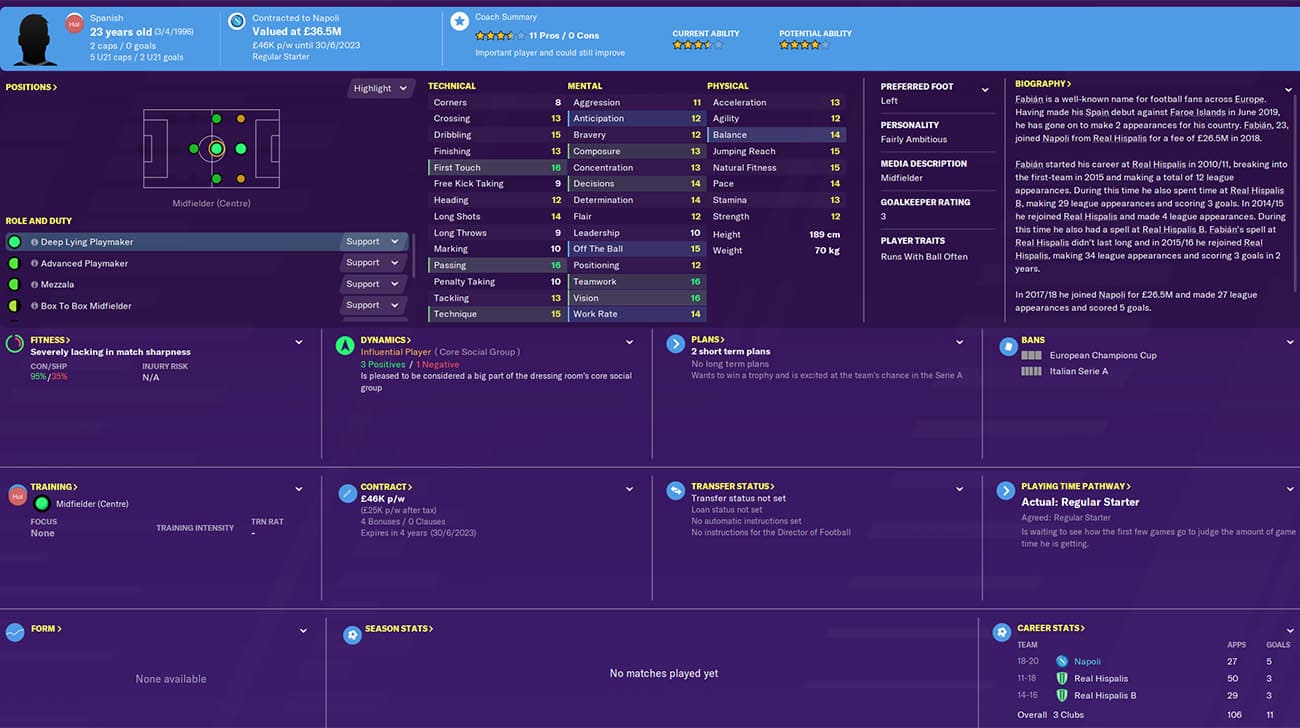 Liverpool, Manchester City and Manchester United have all been linked with the 23-year-old Spanish midfielder. And for good reason.

The former Real Betis man has emerged as an exciting deep-lying playmaker with room to get even better. It would be wise to keep him in Naples for as long as possible. 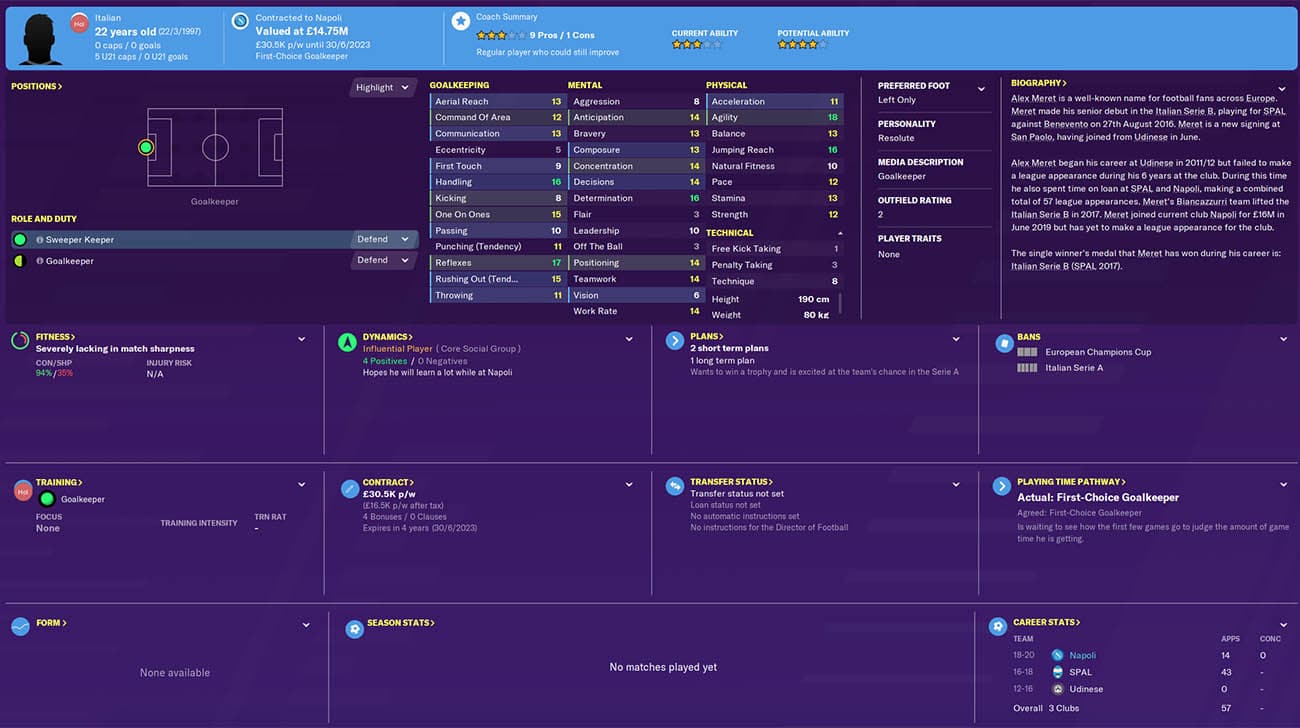 The club is a little light on tantalising young stars, but in Alex Meret, you have a solid keeper who recently joined in a £16m deal who could hold his role for many years to come. 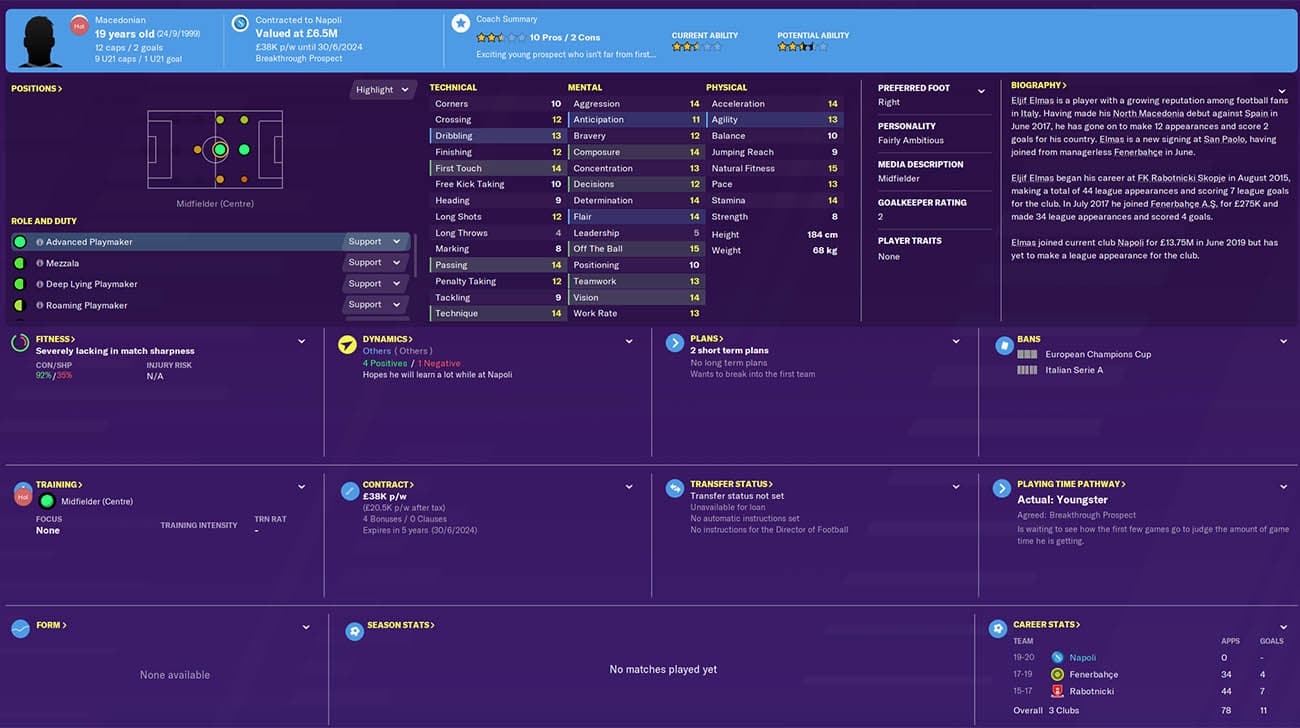 Things haven’t quite gone to plan for the Macedonian international since his £13.25m summer switch. With one goal, no assists and five yellow cards in 17 games, it’s safe to say the best is yet to come.

When that form does arrive, you could have an exciting playmaker on your hands as Elmas currently has the raw attributes needed to flourish as an attacking midfielder. 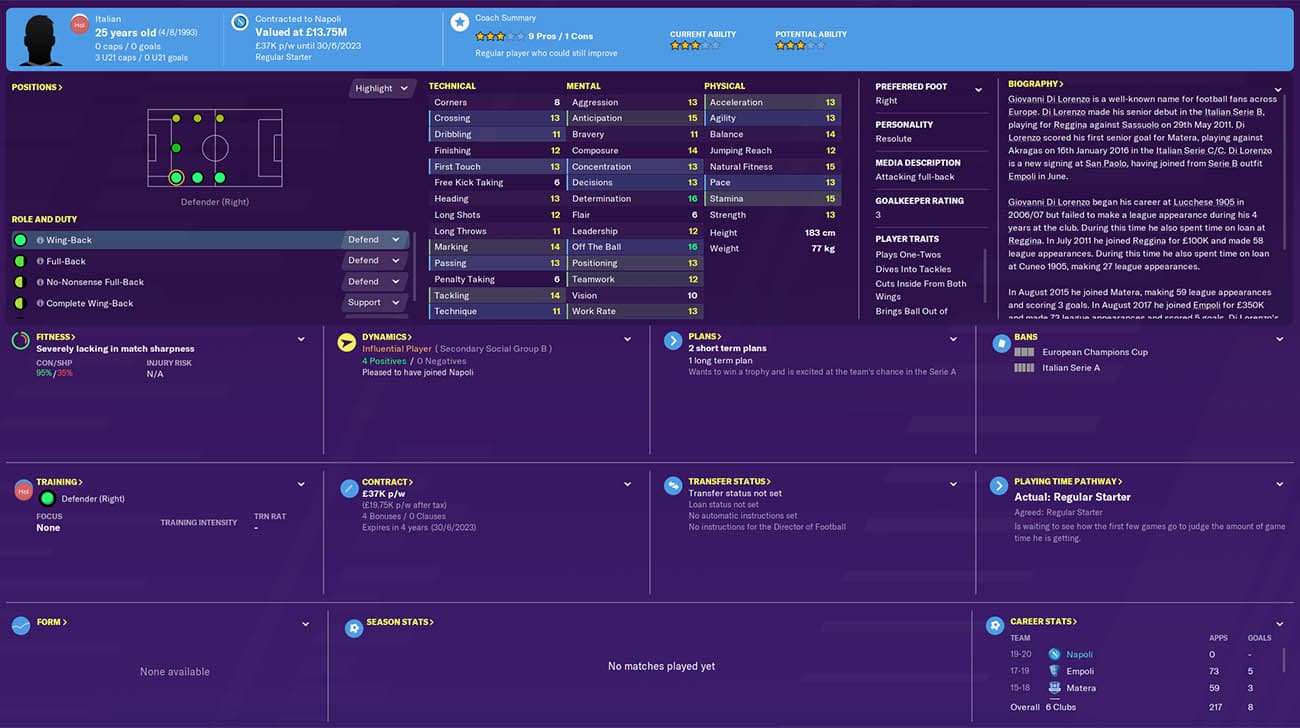 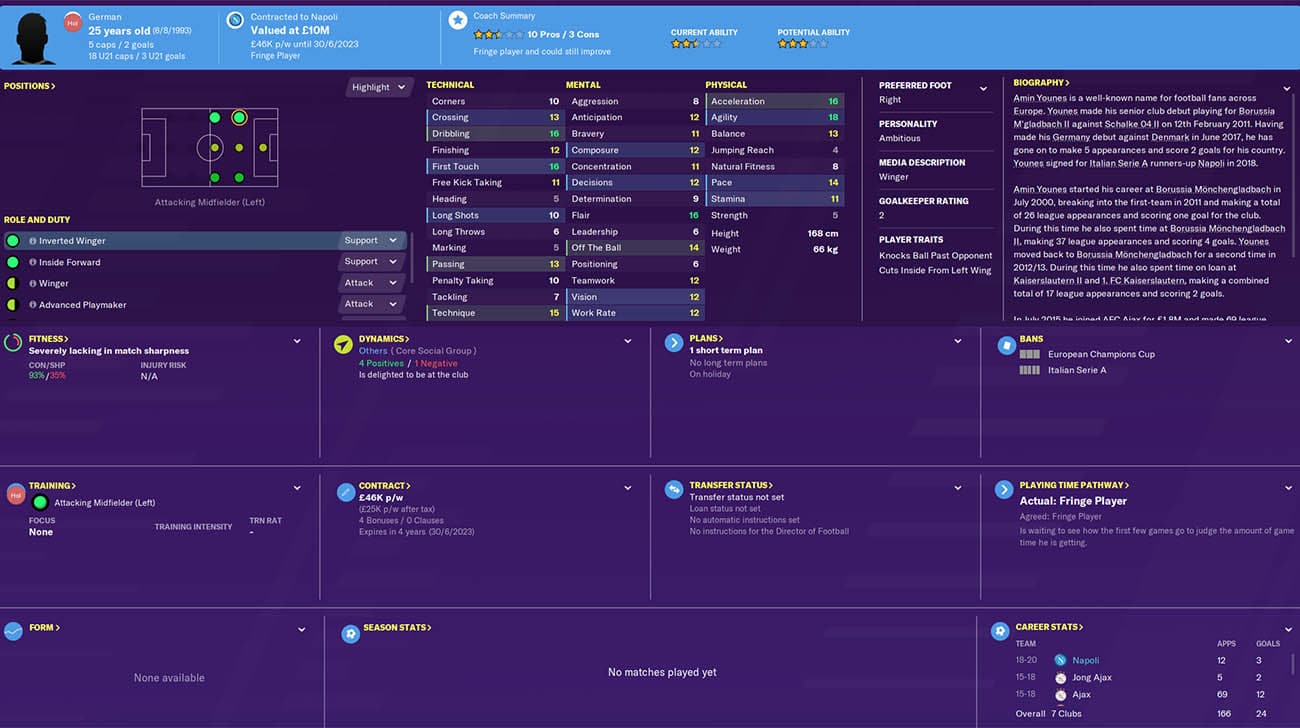 After you’ve read up our Football Manager 2020 Napoli team guide, check out our list of the most valuable players at every position on FM20 by clicking here.