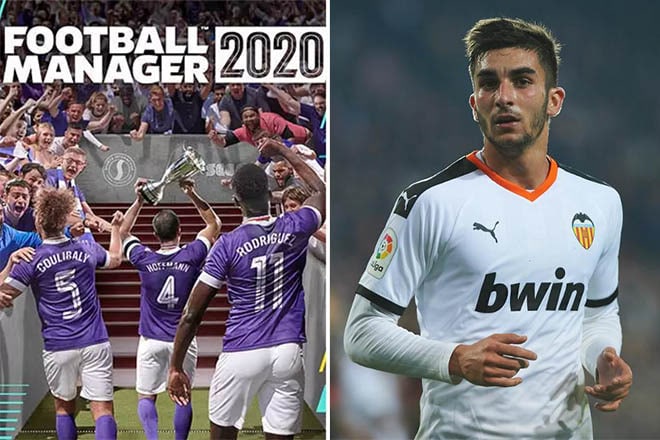 Football Manager 2020 Valencia – The once-great Spanish giants face a tough task in trying to dethrone the teams ahead of them in La Liga, namely, Real Madrid, Barcelona and Atletico Madrid.

Los Ches haven’t won La Liga since the glory days under Rafa Benitez back in the early 2000s, but begin the 2019/20 season with Champions League football under their belt, meaning they can still attract top talent. 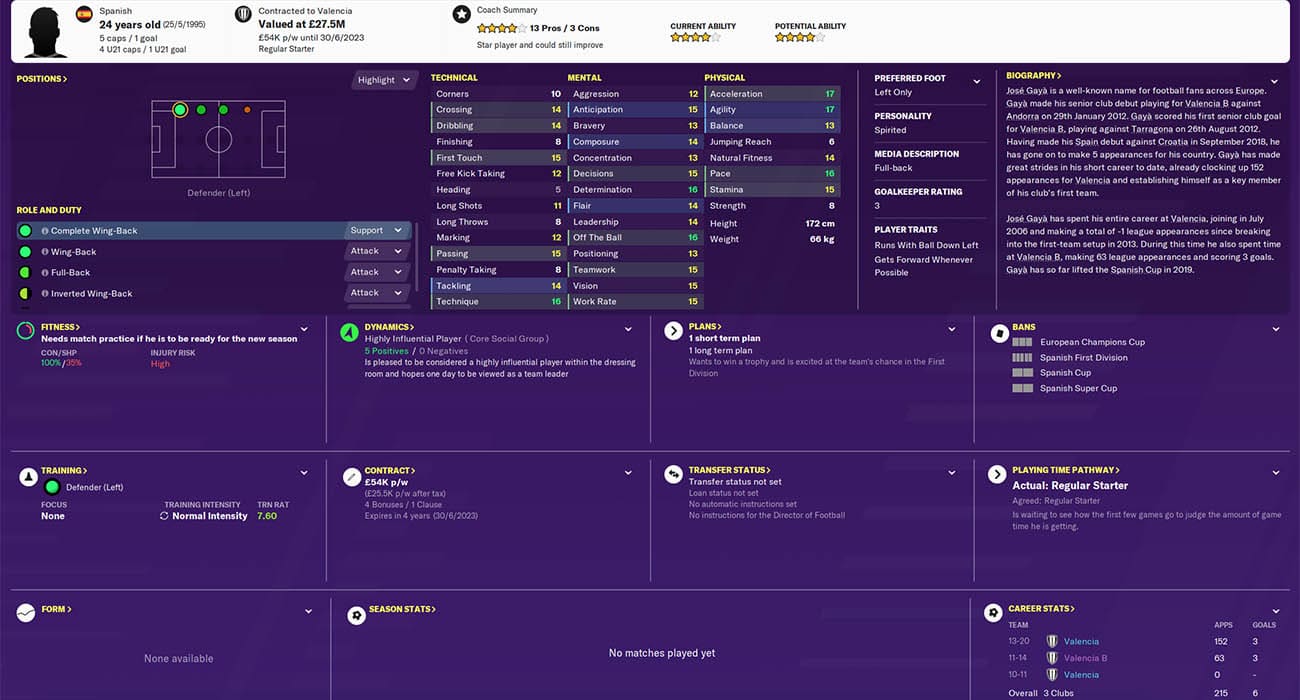 A few years back, Gaya would’ve been a cheap wonderkid you could’ve signed for a few million. Now 24, the left-back has a release clause of £86m and is an integral part of Valencia’s squad.

The Spanish defender is fast and best used in a wing-back position, although, you may need to work individual aspects of his game going forward, as he only registered four assists in 49 games during the 2019/20 season. 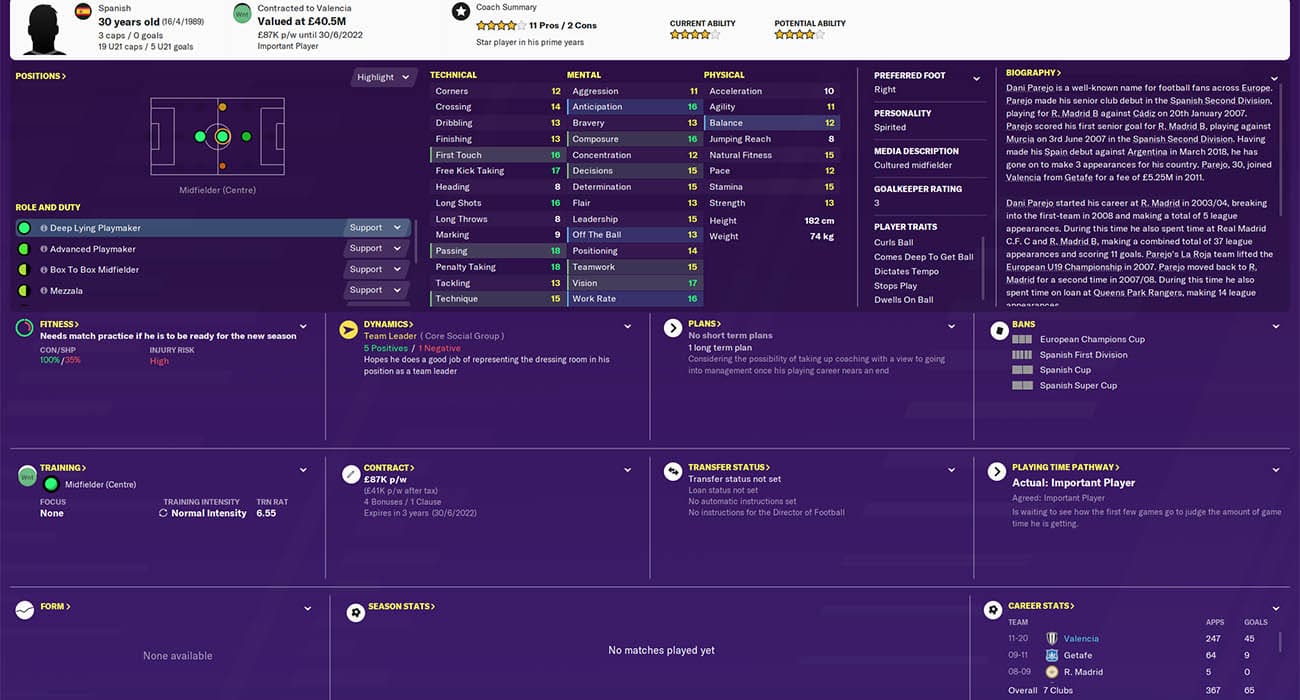 Despite his age, Parejo is one of Valencia’s best players and still has a few seasons left of elite performance in FM20.

The Spanish midfielder possesses excellent technical ability and is clear-cut first-choice to handle all of your side’s set-pieces throughout the season. 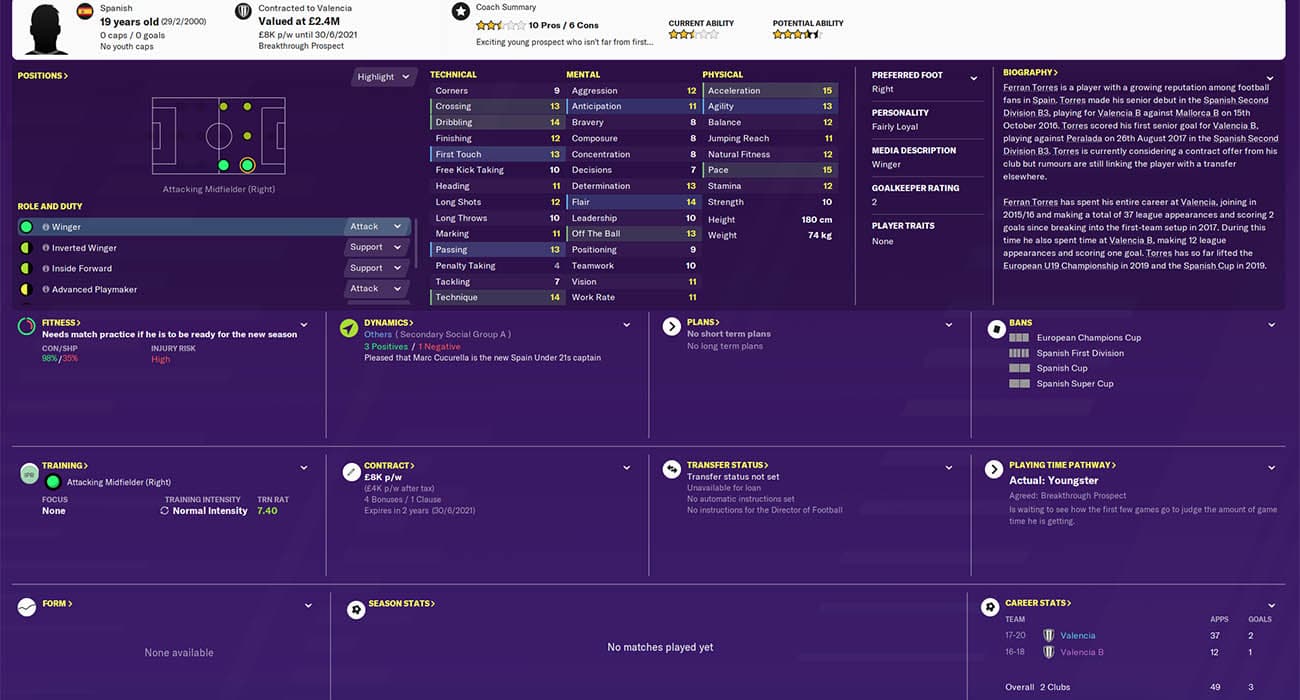 Torres has caught the attention of some of Europe’s biggest clubs in real life, with Juventus, Liverpool, Real Madrid and Barcelona all rumoured to be interested.

Despite his low starting value of just £2.4m, his £86m release clause will help you fend off interest from other teams. 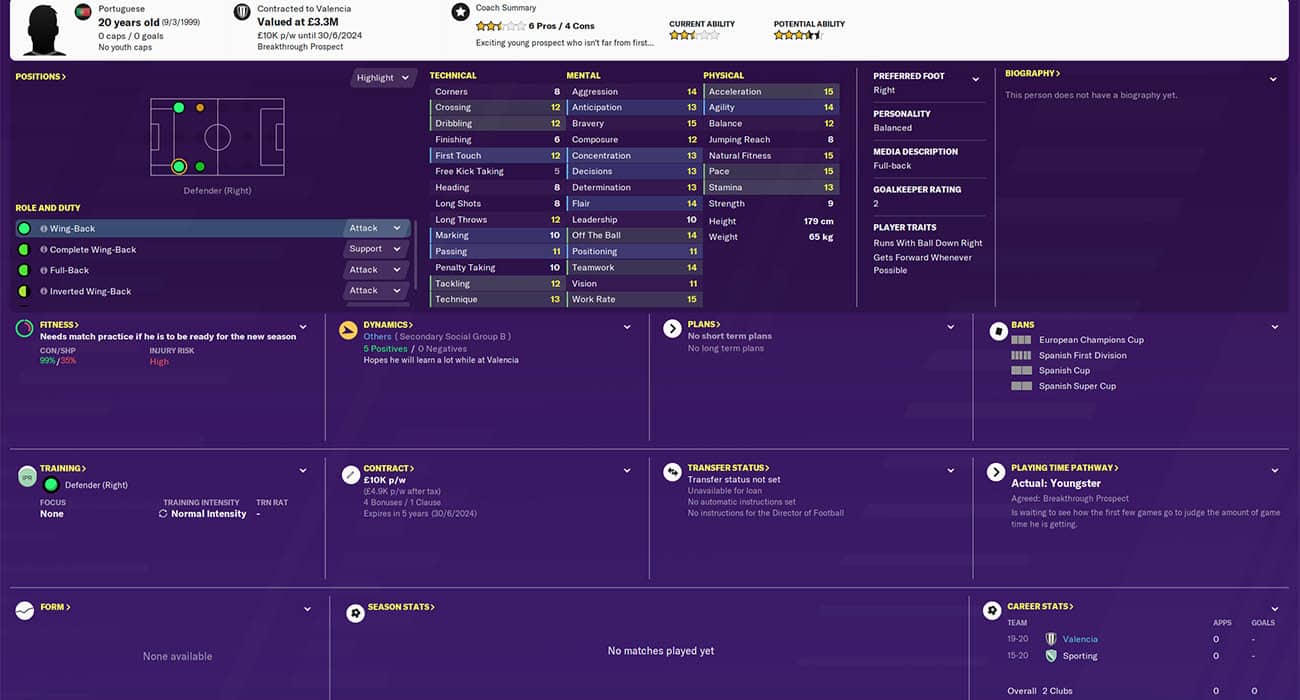 Correia doesn’t look close to breaking into the first-team in your first season in FM20, but could end up becoming a player that spends over a decade in your first-team if he reaches the higher end of his potential ability prediction.

Although, the Portuguese right-back has a low release clause of just £15.5m, so it would be advisable to offer him a new contract as soon as possible. 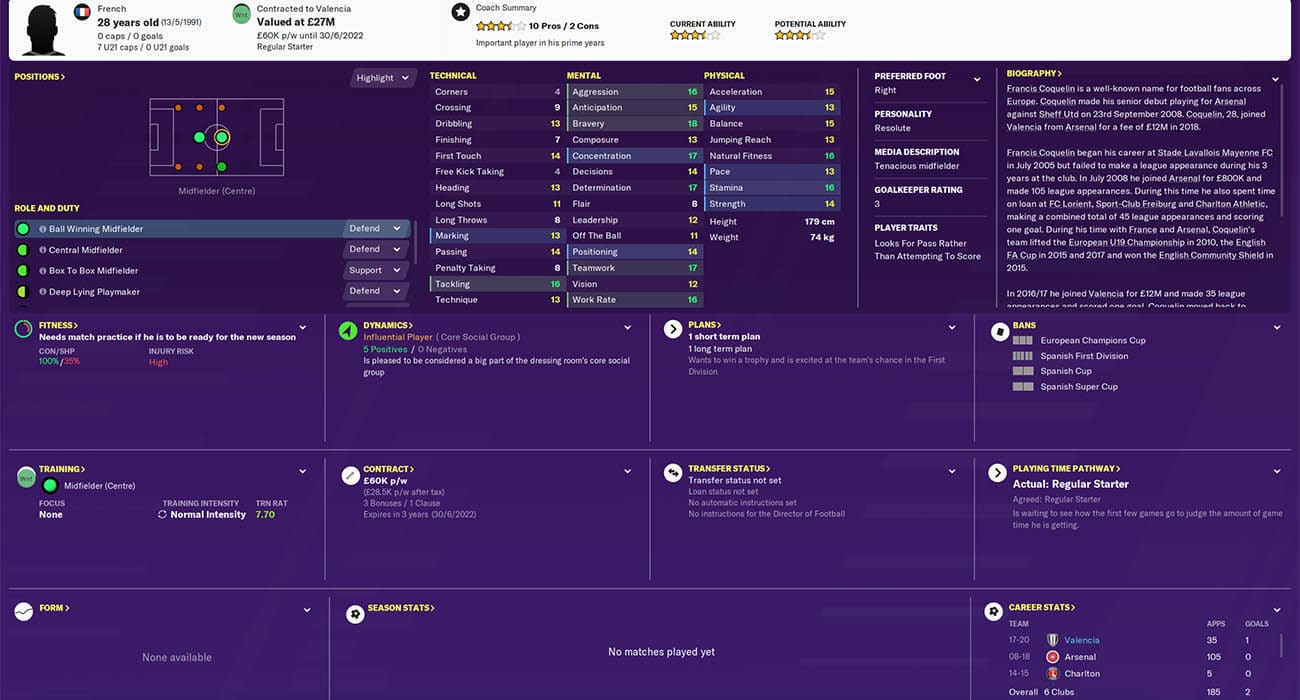 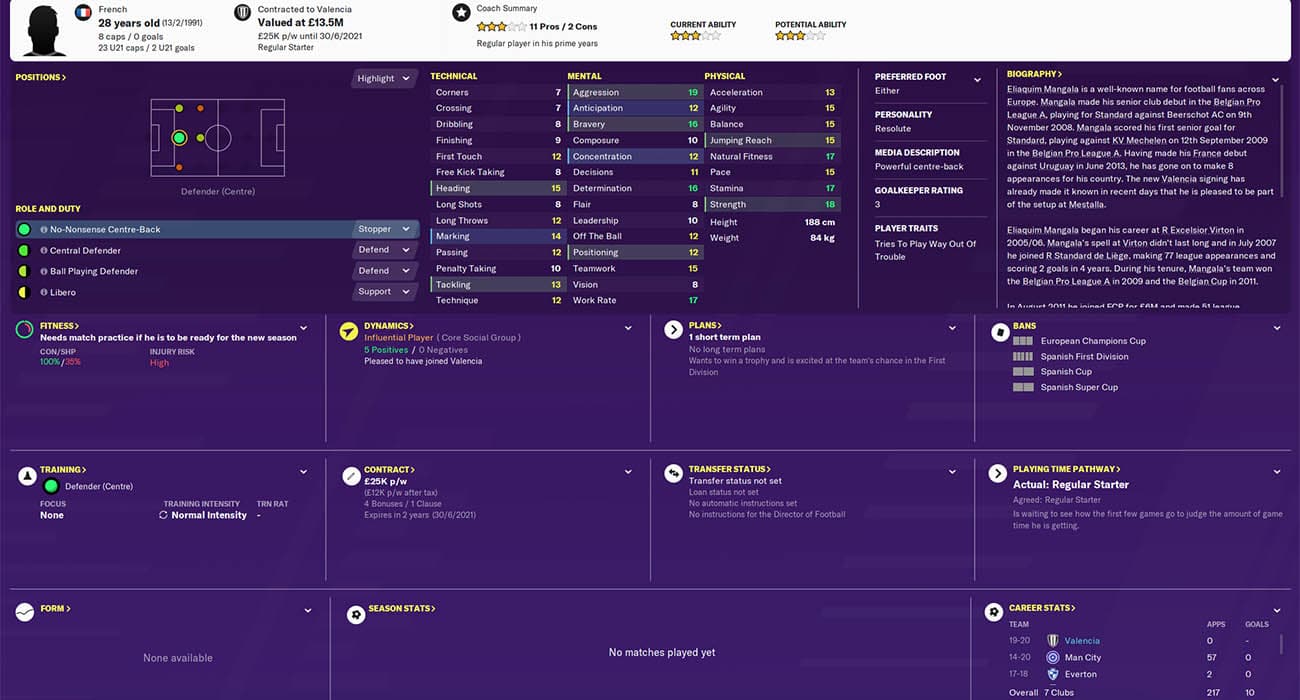 After you’ve read up our Football Manager 2020 Valencia team guide, check out our list of the most valuable players at every position on FM20 by clicking here.