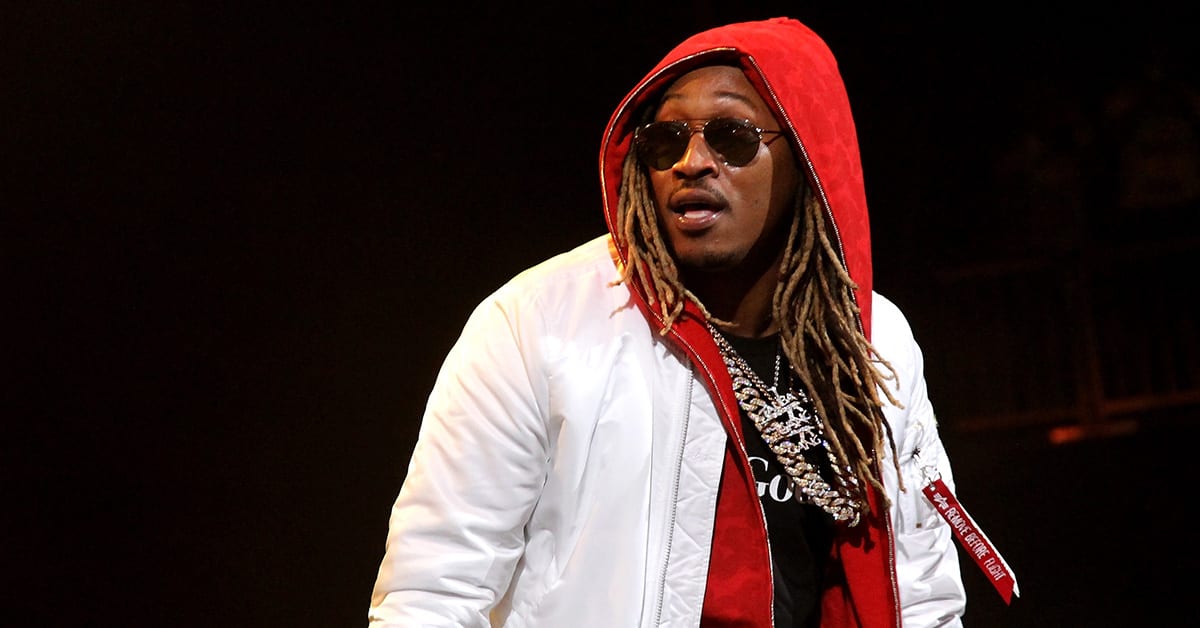 Posted at 23:55h in All Articles, News by Byron Grant

Every so often a cult hero rises to prominence in the music scene, someone who perfectly encapsulates the vibe of its listeners and produces a sweet, unrelenting soundtrack for its generation. Nayvadious DeMun Wilburn, better known by his stage name, Future, occupies this status among rap fans, both casual and seasoned, and in reaching that point, he’s released more projects than most artists have hits.

That’s not to say Future is the very best artist, nor is he a bastion of advanced lyricism, and there are strong arguments to be made to suggest his flow is repetitive and his content questionable. But for all his flaws, Future is the personification of hard work, an influential catalyst behind the rise of the trap-house, drug-infested sound that’s grown within rap in recent years. Like it or not, when the DJ spins a Future track, it’s lit.

Although much of his work has been produced and published through more underground processes such as mixtapes and LPs, he has contributed to 19 mixtapes and released six studio albums, four of which went number one, since 2010. Since his discography is so large and jam-packed, it is only right that we provide a streamlined, clean-cut review of his best tapes and how they fit in with his package of music more generally.

Below is how I would rank Future’s top 10 tapes in reverse chronological order, singling out its notable bangers and explaining why it ranks where it does. 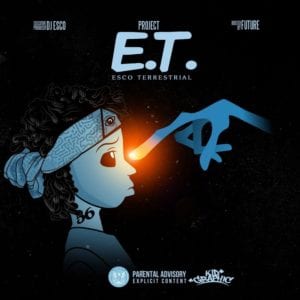 Memorable Tracks = Check on Me, Who, Too Much Sauce

Kick-starting the list is Project E.T. (Esco Terrestrial), a mixtape by DJ Esco and hosted by Future, released in the summer of 2016. Its most popular track, ‘Too Much Sauce’, featuring Lil Uzi Vert, gained immediate traction. This would probably be a little higher up in ranking if it was exclusively a ‘Future project’, but I will still chuck a little respeck on it. Whilst the pure hype of ‘Check On Me’ and gassed flow that fuels ‘100it Racks’ won’t be forgotten quickly, tracks like ‘Super Dumb’ and ‘Stupidly Crazy’ drag its overall rating down. 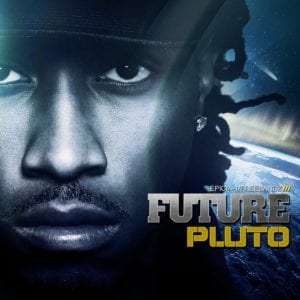 With features from Drake, T.I., R Kelly, Snoop Dogg and Juicy J, Future’s debut studio album ‘Pluto’ did not disappoint when it dropped in April 2012. I used to hear ‘Same Damn Time’ played at random times by unknown people at university, and ‘Tony Montana’ provided that addictive hook that Future songs have become known for. The album reaffirmed Future as a major trap music player and, through his collaboration with the likes of R. Kelly on ‘Parachute’, also brought him to the attention of the R&B fans. With that said, listening to the album gets very repetitive and almost boring at times, a criticism that has been thrown at Future on numerous occasions. Having said this, it was a very solid album debut. 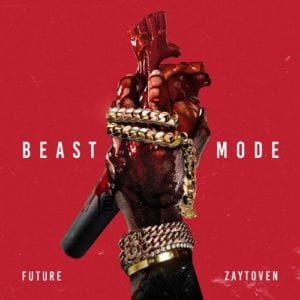 When getting over a break up, some people decide to seclude themselves, lock themselves away and cry to sleep every night, but not Future, he hits the studio. To listen to Beast Mode in its entirety will only take you 28 minutes, but that concise offering is a beastly offering. Produced in collaboration with the keyboard don, Zaytoven , Beast Mode was one of three mixtapes released by Future over a six month period. This tape is the pick of the trilogy, which includes the Monster and 56 Nights mixtapes. ‘Lay Up’ and ‘Peacoat’ still sound as fresh as they ever did when played today, and all this whilst going through his breakup with a much-publicised break-up with Ciara. 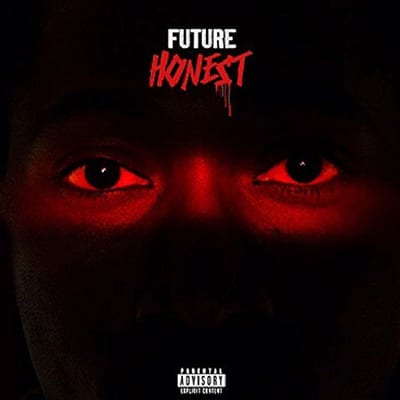 Whilst many Future fans have become accustomed to his high energy, frenetic style of spitting, Future was determined to show his fans another side to him in Honest. Quotes leading up to his second studio album release in 2014 stated: “The album that you gonna get when it comes out is not the album I was working on when I first started recording. It was another kind of album. It was more… I guess I was just expressing myself about everyday life and where I was at then—just emotionally, personally”. The album’s title was changed from ‘Future Hendrix’ to ‘Honest’, and gained critical acclaim from all corners, going gold and debuting at number two on the Billboard 200. The deluxe version of the album also included ‘Karate Chop’ which remains in my top-five Future tracks of all time, even though it was released in 2014. 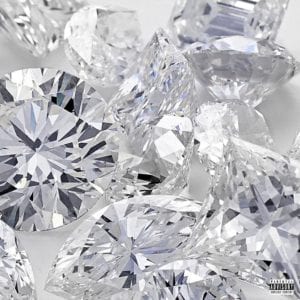 I don’t think I’ll ever forget the night that What A Time To Be Alive aired on Drake’s OVO Sound Radio. As the chimes and kicking bass of ‘Digital Dash’ began searing through my speakers, I sat at my laptop and thought, “na, this is the one”. 40 minutes of pure acoustic bliss ensued, leaving me thoroughly entertained and extremely tired from all the dabbing. The tape itself is well-paced and cuts to the chase with delivering banger after banger, which after all, is what most Future fans know him for and expect to hear. Drake takes a step over to Future’s trap world and flourishes, complimenting Hendrix’s flow and energy magnificently. As well as the obvious ‘Jumpman’, which is probably Future’s most successful track, the tape gave birth to hits such as ‘Big Rings,’ ‘Jersey’ and ‘Scholarships’ which remain un-skippable. 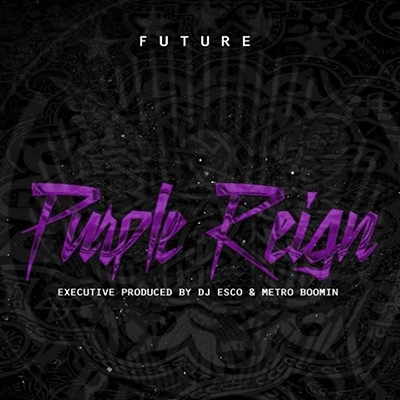 In early 2016, Future was riding as high as he’d ever been. He’d virtually perfected his sound and had a fan base that would essentially ride or die for him. In true Future fashion, four months off the back of WATTBA, he released Purple Reign, his first project with zero features. The mixtape is in my top five as not only is it an incredible ride, but it is only one of two tapes Future has released that, in my opinion, includes no skippable tracks. The tape includes ‘Wicked’ which is a timeless hit, along with lowkey overlooked bangers such as ‘Hater Shit’, ‘Perkys Calling’ and ‘Bye Bye’. Purple Reign remains as one of my go to Future mixtapes and is a must for anybody wishing to become acquainted with what Super Future is all about. 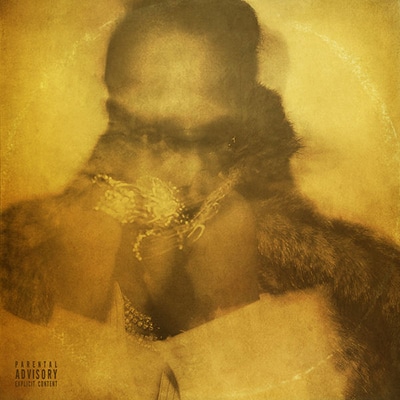 Memorable Tracks = I’m So Groovy, Mask Off, Massage In My Room

Coming in fourth is Future’s self-titled album which dropped in February 2017. By this point, Future had mastered the art of releasing a solo tape, as this was his third tape with no features, and it shows. I wouldn’t say this is an album with no skippable tracks – after all there are 20 of them – but the album does drop in a few gems which rely on flows and instruments not usually heard in Future’s discography. For example, in the hit “Mask Off” a friendly flute dances on the top of the “Percocet, Molly Percocet” vocals, whilst in ‘I’m So Groovy’ the constant “mmm hmmm” adlib provides that gas that any good Future track has. On release, the album went straight to number one and is a testament to the work Future has done for the scene and to the artist he has become. 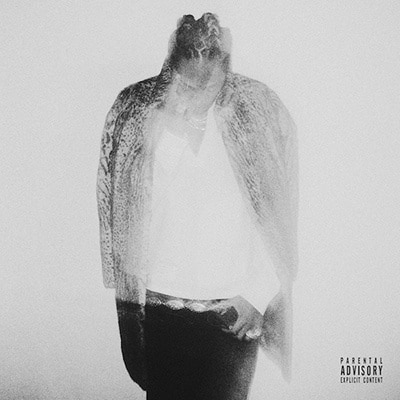 Memorable Tracks = Comin Out Strong, Use Me, Incredible

This is as close to an R&B album as you’re going to get from the Super Trapper. The release of HNDRXX was a complete surprise, not only because it dropped seven days after FUTURE, but also because the album sounds like it could realistically pass as an R&B project. The melodic instrumentals coupled with the slower bpm and sombre tone of some of the tracks makes you double-take to double-check that it’s Future that you’re listening to. Most surprising of all is that it works, and works very well. HNDRXX went straight in at number one, barging its older brother FUTURE off the top spot. This saw Future become the first artist to release two Billboard 200 chart topping albums in consecutive weeks. If you ever want to feel the power of this album, listen to it in the car on a rainy night…powerful. 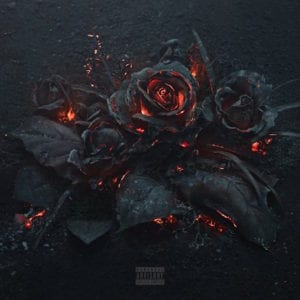 Along with Purple Reign, this for me is Future’s only other album with no skippable tracks. It debuted at number one after being released only a month after Purple Reign, and was supported by the releases of ‘Wicked’ and the absolute smash hit ‘Low Life’, featuring the psychedelic vocals of The Weeknd, typical of what happens when the two come together for a collaboration. The album builds upon the momentum built up from WATTBA and Purple Reign, continuing to propel Future clear of the competition in the trap scene. It is arguably my favourite album from Future and it’s not even at number one… 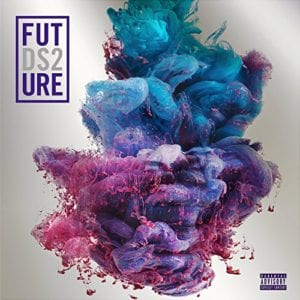 I don’t even know where to begin with DS2. It’s Future’s best project, period.

From the very first track, you know exactly where the rest of the album is going to take you, and it’s everything and more. The album is RIAA Platinum certified and warrants every single one of those unit sales with the stellar production and accompanied dark, twisted, almost gothic like visions Future presents with tracks such as ‘I Serve the Base’, before juxtaposing it with preppy, upbeat tracks like “Real Sisters”. This was Future’s first album to debut at number one on the Billboard 200 chart. This was the album that cemented Future’s name in trap folklore. This was the album that turned Future in to Super Future.