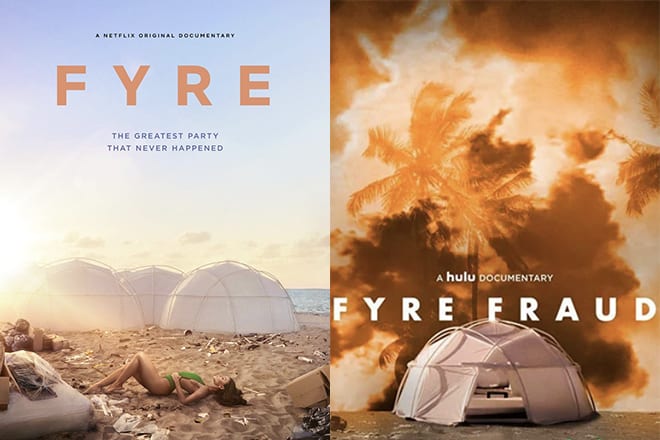 16 Feb The story of how Fyre Festival backfired spectacularly

Posted at 03:02h in All Articles, News by Deepa Patel

Promoted all over the internet by countless social media influencers in late 2016, by April 2017, it had become clear that the apparent ‘biggest event of the decade’ was nothing more than a sham.

This left people all over the world confused as to what was really going on. Both Hulu and Netflix have released their own respective Fyre Festival documentaries, titled ‘Fyre Fraud’ and ‘Fyre: The Greatest Party that Never Happened’ respectively. Both documentaries depict the outrageous story of Fyre Festival respectively, and include details that the other does not.

In case you don’t want to invest your time into watching either of the documentaries but you still want to know everything about the festival, Plugsville has provided an in-depth review of how Fyre Festival backfired spectacularly.

What is Fyre Festival?

Fyre Festival was intended to be a luxury music festival in the Bahamas that was being held to promote the ‘Fyre’ app, dubbed as the ‘Uber for booking talent’. The Fyre app was a streamlined booking system co-founded by entrepreneur Billy McFarland and rapper Ja Rule for artists in the music industry.

The festival boasted luxury lodges and villas, an all-star line-up of artists from multiple genres and the opportunity to party alongside celebrities on Norman’s Cay, a private island in the Bahamas – which just happened to be formerly owned by the drug lord Pablo Escobar. Unsurprisingly, the tickets cost a lot of money – from $500 all the way to $12,000.

Around 400 significant social media influencers, including 10 of the most famous supermodels in the world, were paid to endorse this experience on their Instagram pages and they claimed that they would be attending (although the general public were unaware that the influencers were being paid for this).

As a result, hundreds of thousands of people saw these posts and visited the Fyre Festival website, where they were presented with a concept of a festival that went beyond their wildest imaginations – it gave ordinary people the impression that they would be able to rub shoulders with the stars that they are usually only ever able to see on their phones, and that they would be able to experience a life-changing luxury music festival that transcends all other festivals on a luxury island.

What went wrong with Fyre Festival?

Long story short – everything went wrong with Fyre Festival. There wasn’t enough land, enough time, enough money, or enough transparency with the customers. All of the Fyre Festival team got kicked off Norman’s Cay (but still continued to advertise that the festival would be held there) and relocated to the Great Exumas, which was not a private island and was a much smaller piece of land in comparison to Norman’s Cay.

The island physically could not fit 10,000 people, which was allegedly the number of people that would be attending the festival.

By the time the team reached the Exuma Islands, they had approximately six to eight weeks to set up the whole festival, included the staging, accommodation, bathrooms etc. In reality, an event of this scale takes at least a year to pull off. Fyre Festival was practically impossible as soon as they stepped on the island. 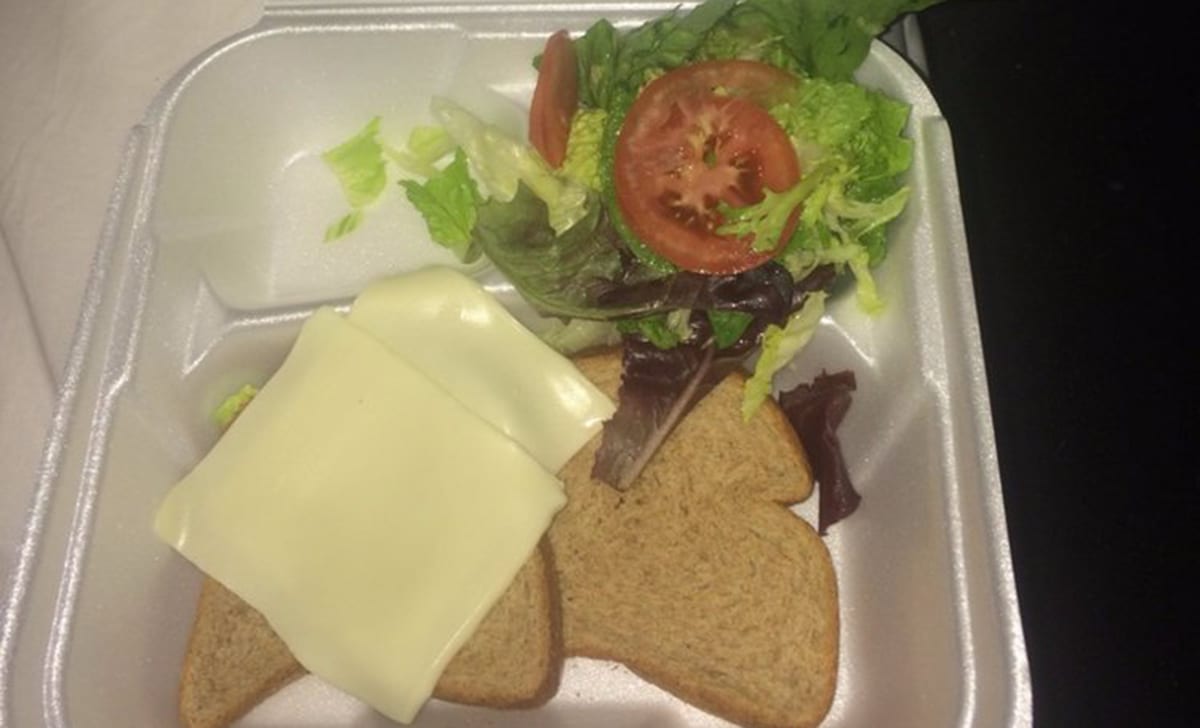 Then, there was the all-important issue of no money – McFarland simply didn’t have the budget to deliver everything that he had promised to the customers. Fyre Festival promised luxury accommodation without having the money to provide it and instead delivered flimsy disaster relief tents that got soaked by a storm the night before the festival.

Guests were  promised food catered by Steven Starr (a famous restaurateur) and instead, received cheese sandwiches that made the sandwiches you buy from corner shops look gourmet.

It was also discovered that most of the artists that were advertised to perform at Fyre Festival hadn’t even been booked due to a lack of money, and Blink 182 (one of the few bands that had actually been booked) eventually dropped out too.

Andy King has seen all of your FYRE Fest memes — and he loves them! pic.twitter.com/mCNgDoHpjW

McFarland scammed investors into giving him more and more money to continue with the construction of Fyre Festival by lying about the success of the festival and the Fyre app; despite this, in the end he still didn’t have the money or time to pull the festival off. Instead of being honest with attendees and letting them know prior to the event that it would not be a luxury festival as it had been advertised to be, McFarland stubbornly decided to stick to the façade that he had created, despite being advised to do otherwise.

Inevitably, this led to attendees being completely appalled when they finally arrived, causing a state of panic and chaos all over the site. To make the situation worse, attendees were temporarily stranded on the island and in the airport due to a lack of flights back to Miami.

What happened next with Fyre Festival?

Billy McFarland was taken to court and has been sentenced to serve six years in prison for his habits as a ‘serial fraudster’, as well as being ordered to pay $26 million in restitutions. On the other hand, his co-founder Ja Rule claimed that he was not responsible for downfall of Fyre Festival and that he was only responsible for the idea of the festival, not for the execution of it. As a result, he has not been charged or arrested for the disaster. Interestingly, Ja Rule has just announced the release of his own music booking app called Iconn, which suspiciously sounds a lot like Fyre.

In regards to the attendees of Fyre Festival, not a single person received a refund. However, two of the attendees, Seth Crossno and Mark Thompson, filed a class action lawsuit against McFarland and were awarded $5 million in damages, which covered travel and accommodation costs, as well as mental damage. This makes them the first attendees to sue McFarland, although a number of other class action lawsuits have also been filed in relation to Fyre Festival.

The Netflix documentary highlights the impact that the failure of Fyre Festival had on its employees, both of Fyre Media back in America and of the employees in the Bahamas. Not a single employee was paid; McFarland informed employees that they were not being fired, but there was no payroll in the short term.

Essentially, he was saying that they would not be paid but he still wanted them to ‘stay and help out’. This had an especially dire impact on the Bahamian employees, a lot of whom had worked tirelessly day and night for weeks on end to bring the festival to life. MaryAnn Rolle, who was hired as a caterer for the festival and as a result, lost around $50,000 of her savings due to having to feed both staff and attendees for free.

The documentary shows MaryAnn getting very emotional while speaking about Fyre Festival; this clearly evoked empathy in a lot of viewers, as they raised over $220,000 in a month for MaryAnn’s GoFundMe page that she launched.

Despite occurring almost two years ago, Fyre Festival is still a topic that is very much prevalent today – we have Netflix and Hulu to thank for that. However, it seems that it’ll be a while before we have the chance to forget about it, as Seth Rogan and The Lonely Island announced in 2017 that they were planning to film a spoof of the festival.

Will Fyre Festival ever return?

Ja Rule spoke with TMZ recently and stands by his affiliation with the festival:

“I’m not ashamed of Fyre at all. Because man, the idea, it was brilliant. It was fucking beyond brilliant … It was amazing, but it wasn’t what I dreamed it of being, and what I envisioned of it being, and what I wanted it to be. It wasn’t done properly.”

He also hinted that the festival could make a comeback in future, albeit under a different guise:

“It’s not funny to me, It’s heartbreaking to me. It’s something that I wanted to be special and amazing, it didn’t turn out that way. In the midst of chaos, there’s opportunity. It [Fyre] is the most iconic festival that never was. I have plans to create the iconic festival, but you didn’t hear that from me.”