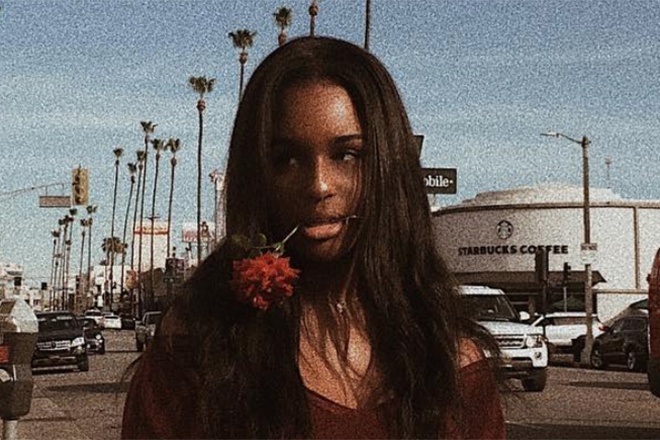 01 Jul Get 2 Know: Jae Stephens’ coherent and soothing brand of RnB is here to stay

Posted at 16:03h in All Articles, News by Rhianna Patel

We all need to stop sleeping on Jae Stephens. Her lyrics are bold, playful and packed with meaning, rounded off with soothing vocals, all of which allows her to bring a unique twist to classic RnB, definitely making her one to watch.

Based in L.A after moving there in her teens, Jae came to London to work with Jam City to produce an ode to her love in ‘24K’. Wanting to express how her love is nearly perfect, she released this story where temptation of a shiny love is close.

She praised the sounds that were coming from Jam City as she says he embraced the vision she really wanted to portray and the UK producer also had high praise for Jae, saying that she was extremely focused having her lyrics together in only three hours.

Her second single ‘Every Time’ was also produced in London as she sings about life in California, also stating that recording in the capital gave her perspective of her home and artistic freedom to express what she was feeling about L.A, aided by songwriter Bruno Major. The song itself personified the idea of living recklessly and chasing the Hollywood dream that most wanted when visiting the city to a tee.

Growing up Jae had expressed her love for classic R&B and gospel music that her parents had introduced her to when she was young. As she grew up she understood that she always felt connected to R&B and so started to branch out and listened to the likes of Disclosure, Arctic Monkeys and Jessie Ware.

She has found that all the artists she listened to has shaped how her music turned out as she tries to combine genres and ideas. As a new artist entering the scene, London became a place for her to express herself and help find her sound, experimenting with beats until she found what she was looking for. The relaxed vibe of a studio setting in London helped Jae find comfort in the music she was making, without the intense pressure to get it right the first time.

Jae Stephens - You Love That

Her recent release ‘You Love That’ is a playful twist of the story told of men playing women as she sings about a woman playing with a man’s heart, inspired by a conversation she had with a friend who was bored of girls being too nice to him. When asked about opening up about her personal life, Jae expresses how she writes about relationships though not knowing much about them, rather she writes about experiences she hopes to never go through.

‘You Love That’ is an early but bold example of Jae Stephens’ ability to put out coherent songs that sound like hits. The distinction and clarity between her two verses and the chorus itself is clear enough to allow the singalong element of it all to set in, the type where you know every word because the lyrics are so accurate and relevant.

It’s the type of singalong where you actually feel because the lyrics have a real sense of meaning. The type that can’t be evoked through catchy melodies alone, one you actually feel. A chorus which makes you actually anticipate the next lyric, rather than just aimlessly sing it.

If you heard ‘You Love That’ on a major radio station, on your TV or as the next random song selected on a Spotify playlist containing RnB’s biggest hits, it definitely wouldn’t sound out of place.

The fictional situation gives her a chance to play with how she maybe would respond in that situation and lets the story come to her in wordplay. When it comes to writing something more personal to her, the lyrics are what’s important as it becomes her story to tell and she doesn’t want the ideas to be taken the wrong way.

All her music is available to stream on the Spotify and Apple Music, but it’s also worth having a listen to her back catalog on SoundCloud too. She also featured in AJ Tracey’s BBC 1xtra Live Lounge for ‘Mimi’, her collaboration COLORS Berlin for ’24K’ is a must watch, which can be found above, as well as her delicately-composed track latest track, ‘Headlights’.

Put simply, Jae Stephens may be slept on at the minute, but she is here to stay. Her meaningful, soothing and unique take on RnB won’t allow otherwise.