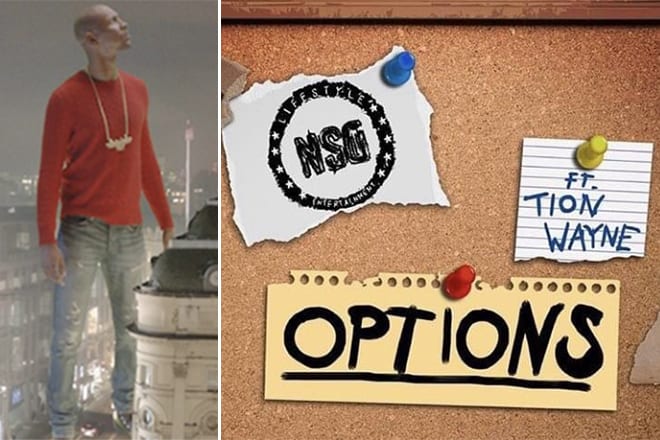 Posted at 21:09h in Uncategorized by Ajay Rose

NSG finally cracked the top 10 last week and have jumped up two places to #7 with ‘Options’. Cadet and Deno collaboration on ‘Advice’ climbed up to #14 last week and spends another week inside the top 20 at #18 this week. Sitting a place below ‘Advice’ is ‘Kitchen Kings’ from D Block Europe, another single enjoying its second straight week inside the top 20. ‘Running Man’ ranks in the top 100 at #90.

Dave released ‘Black’ from his forthcoming debut album Psychodrama, due for release on March 8. That track enters the chart at #40, with ‘Psych Out’ a place below at #41. Swarmz’ hit ‘Bally’ continues to sit in the mid-50s, this week placing at #54, up two spots from last week and could experience a huge jump soon following the release of ‘Bally Remix’, which you can watch here.

Two tracks from Dave and Fredo round off the top 100, with ‘All I Ever Wanted’ at #91 and ‘Funky Friday’ at #96, 21 weeks after topping the charts and making history. 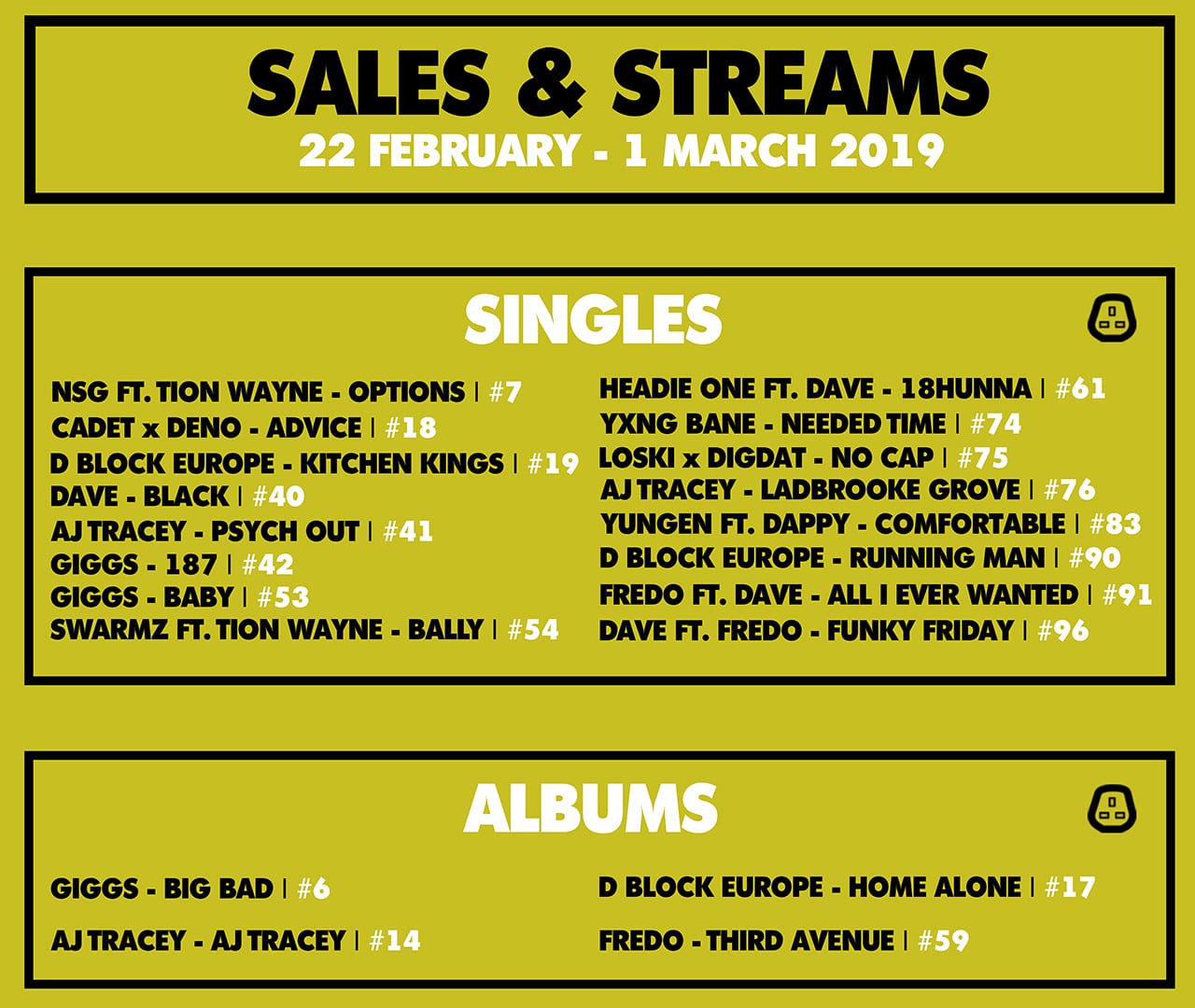