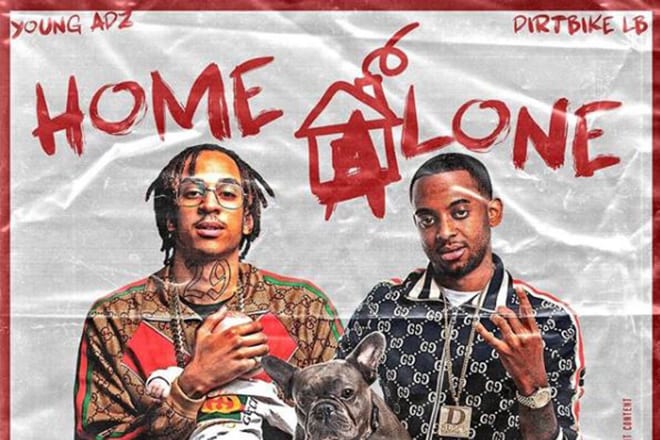 Posted at 00:04h in Uncategorized by Ajay Rose

Home Alone –  D Block Europe have been active as of late, to say the least.

The duo of Young Adz and Dirtbike LB have released their brand new mixtape, Home Alone, a stacked 19-track offering with 6 features; Lil Pino, Ahki Omar, Nafe Smallz, M Huncho, Swarm and Deno. The first known release from the track, ‘Kitchen Kings’, has already racked up 900,000 views in just four days. Interestingly, Adz revealed on Twitter that the song was in fact made way back in 2017.

Just days after the release of ‘Kitchen Kings’, Adz said that him and LB would drop the second video from Home Alone if he got over 10,000 comments on a recent Instagram post, which of course happened, prompting the release of ‘Kettle Pouring’ a day before the tape itself dropped.

Home Alone is their latest project since the release of Any Minute Now, a collaborative effort with Yxng Bane released back August 2018. The tape charted at #14 so it would be no surprise to see D Block Europe once again rack up another high chart placement. Towards the end of last year, Adz and LB also teamed up with Rich the Kid for a huge transatlantic collaboration called ‘Tell The Truth’, which you can watch here.

The duo also announced a six-date UK tour to accompany Home Alone, although, most of the dates barring the show in Dublin have already sold out.