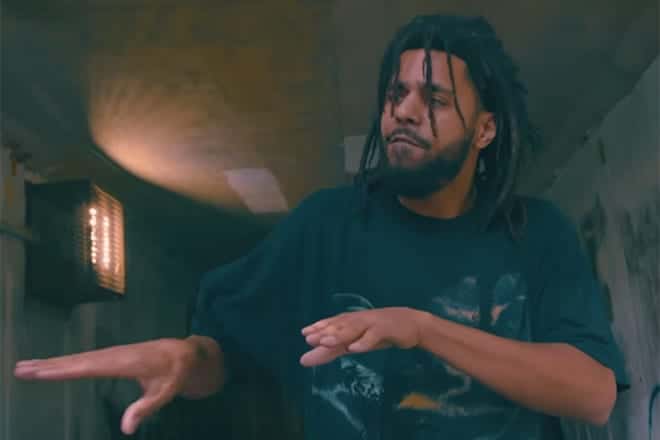 Posted at 15:57h in Uncategorized by Ajay Rose

It looks like J Cole is about to drop another project.

Taking to WorldStar to drop a short ‘Album of the Year’ freestyle over Nas’ ‘Oochie Wally’ beat, Cole appears to be cooking up new heat. Earlier this week, he tweeted ‘Feed me beats. Everything getting murdered’, following that up with this new ‘Album of the Year’ freestyle. In the video’s description, it reads: ‘The Off Season coming soon… All roads lead to The Fall Off – Cole’.

Cole has dropped five studio albums so far, Cole World: The Sideline Story, Born Sinner, Forest Hills Drive, 4 Your Eyez Only and KOD, all of which debuted at #1 on the Billboard Hot 100 Album Chart. Mixtapes wise, he’s dropped three classics in The Come Up, The Warm Up and Friday Night Lights. Which of those categories will be added to with The Off Season remains to be seen.

The ‘Dreamsville’ rapper is currently embarking on a 35-date ‘KOD Tour’ across America alongside Young Thug, which ends with a show in Boston on October 10, suggesting Cole could be about to drop around the time his tour ends. Although, the title of this freestyle, ‘Album of the Year’, and its immediate release, suggests we could get new music sooner than anticipated.

Listen to J Cole – ‘Album of the Year’ freestyle below: