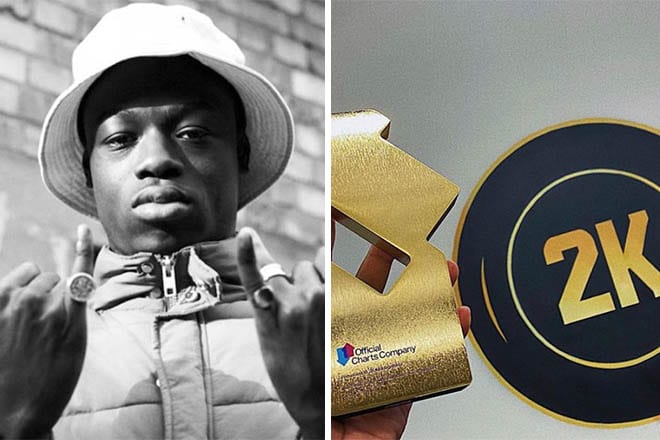 Posted at 02:25h in All Articles, News, News Main by Plugsville

With minimal promotion and an album leak to deal with, J Hus’ Big Conspiracy album has beaten the odds and topped the UK album charts.

Big Conspiracy triumphantly took the top spot after accumulating 24,000 chart sales, 96% (23040 sales) of which came from streaming. This is no small feat from Hus, who went #1 with his 13-track sophomore without announcing an accompanying tour to promote the album, as is the norm. Hus didn’t do any interviews in the run-up and also had to deal with the project floating about in the form of 13 leaked audio files floating about on WhatsApp a week before its release.

Despite these hurdles, Hus has incredibly secured a piece of UK rap history. Other than Dave (Psychodrama) and Stormzy (Gang Signs and Prayer / Heavy Is The Head) is the only other artist from the UK rap or grime scene to go #1. Three songs from J Hus’ Big Conspiracy album charted in the singles chart. ‘Play Play (feat. Burna Boy)’ and ‘Big Conspiracy (feat. iceè tgm) placed inside the top 20, with at #11 and #19 respectively, with ‘Repeat (feat. Koffee) clocking in just outside the top 20 at #21.

According to Spotify’s Top 200 weekly chart, seven of the album’s tracks ranked inside their top 40 charts, accumulating over 7.5 million streams between them, with 11 out of a possible 13 tracks placing inside the top 100. Those numbers would suggest the entire body of work was well received and had enough few heavy-hitters to push it over the edge. In mid-week, he trailed The Pet Shop Boys by around 3000 sales but overcame that deficit with no problem.

Elsewhere in the charts, M Huncho’s fourth project Huncholini The 1st soared into the top 5 at #5 to give the masked rapper his highest-charting body of work to date. Stormzy’s Heavy Is The Head finally dropped out of the top five after six straights week, falling down to #6. DigDat’s debut mixtape Ei8ht Mile drops from #12 to #26, with D Block Europe’s Street Trauma dropping 10 places to #37 to mark its fifth-straight week inside the top 40.