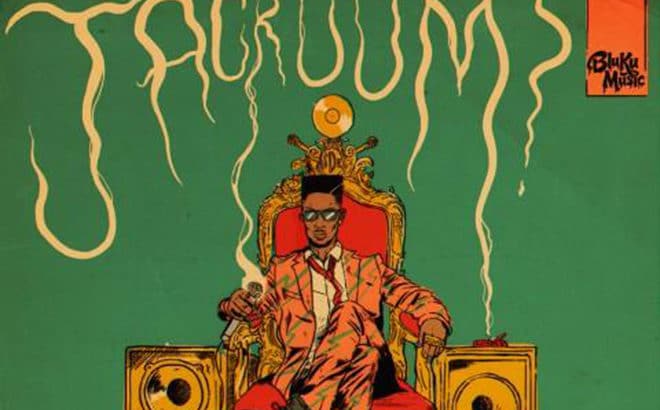 04 Sep 2018 Review: D Double’s ‘Jackuum’ brings the atmosphere of a grime set to an album space

Posted at 12:27h in All Articles, News by Nathan Fisher

Excluding a few notable exceptions, the success of Grime has not been built on classic albums. Instead, the genre’s raw energy that was honed among the many pirate radio sets and raves of the early 2000s have acted as the fuel to take Grime to an established level within the UK.

An emcee that acts as evidence to support this theory is D Double E, who, after almost 20 years of service to the genre that has led to him attaining legendary status, has belatedly delivered his debut studio album Jackuum.

In a manner that is very typical of the East London mic controller, D Double released a freestyle that incorporates all of the song titles included on this album via his ‘Jackuum Freestyle’. This was a good indication as to how he approached the album – with a similar outlook to how he has handled sets and tunes over his lifespan as an emcee, keeping a lot of the classic D Double elements that have made him one of the most popular and revered acts to emerge from grime.

‘Better Than The Rest’ is a clear embodiment of that, which sees the Newham General call in Wiley for a track that sounds as if it could have been made nearer the turn of the century, with D Double providing a hook that makes reference to some of his most admired lyrics from the past. This is followed directly by ‘Nang’, which features Skepta and is also one of the most attractive beats used on the project, while with tunes such as ‘Schoolin’ and ‘Dem Man Dere’, D Double has managed to create the atmosphere of a rave or set and translate it to the album environment.

In and among the 20 songs – which, admittedly, is probably a few too many, leading to filler that includes ‘Special Delivery’ and ‘Seeing Double’ – D is allowed space to explore a few different sounds with regards to production. This is most obvious via ‘Live Tonight’, a much lighter sound in contrast to the rest of the album and something that could be compared with his appearance on ‘Ladies Hit Squad’ from Skepta’s Konnichiwa.

The smooth, Greatness Jones-produced ‘Lyrical Hypnosis’ ends the album on a calmer note that allows D to exhibit his lesser-known storytelling ability. D Double adds modern aspects to his classic sound by enlisting Littlez from Section Boyz to be part of the engaging ‘Lookman’ and also calling on AJ Tracey who features on ‘Natural Organic’.

To say this album was overdue would be somewhat of an understatement, but the passing time has let D Double focus on extracting the exact ingredients that he knows his fans would be receptive to and he has attempted to include them throughout.

The slightly questionable inclusion of 20 songs is slightly offset by the authentic recreation of a live set atmosphere that he’s most comfortable within, making the lengthy track list easier to digest. Irrespective of whether Jackuum is ever considered a classic, finally, and perhaps most importantly, D Double E has an album to put alongside his warranted status as a Grime legend.

Catch up with #PlugTalk podcast here, where Ajay Rose, Nathan Fisher and Zek Snaps discuss the idea of a UK world tour, if it would work and why D Double E would have definitely have to be involved: SoundCloud | iTunes