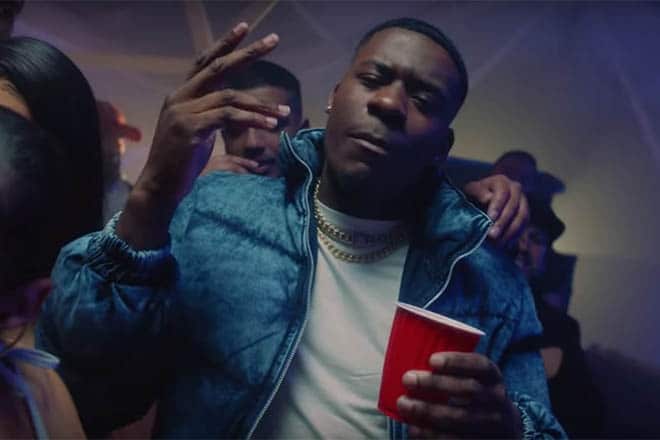 Posted at 02:15h in Uncategorized by Plugsville

JAY1 Million Bucks – The Coventry rapper has dropped a new heater to close out the year.

JAY1‘s relaxed flow glide across a hard-hitting beat in this latest cut, with Steel Banglez featured in the video. The track was the subject of a dispute between JAY1 and Dot Rotten, who took to social media to voice his concerns about the fee paid for the instrumental and sent for JAY1 in a track called ‘4am At The Morgue’.

His latest track is another club-warmer to add to a growing list, as 2019 has been an active year for JAY1, who will be hoping his new single enjoys similar returns to the rest of the material he’s dropped so far. His debut mixtape, One Wave, charted at #28, while he’s also enjoyed two top-20s in the form of ‘Yours Mrs’ (#18) and ‘Mocking It’ (#19). He also featured on Russ’ ‘Keisha Becky’ remix, which peaked at #7.

JAY1 recently announced a European tour to kick-start 2020 in a similar fashion to how he closed out this year. He will visit seven cities in six countries in February and March next year, taking to Copenhagen, Oslo, Stockholm, Berlin, Frankfurt, Brussels, Amsterdam respectively.

Watch the video for JAY1 Million Bucks below:

After checking out JAY1 Million Bucks, revisit his verse on the remix of Keisha Becky by clicking here.