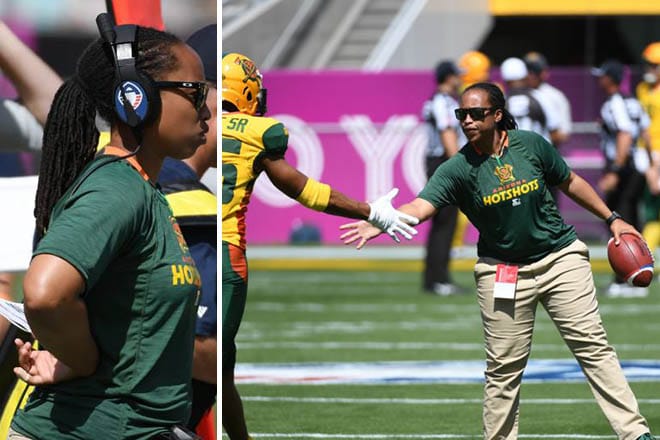 Jennifer King has made history by becoming the first full-time black female coach in the NFL.

King will join the Washington Redskins working under new head coach Ron Rivera as a full-time coach, which makes her the first African American woman to coach full-time in the NFL and just the fourth full-time female coach across the league. Two sources from the league confirmed to The Athletic that King has accepted the role to work under Rivera in Washington.

Her resume before joining the Redskins includes working under Rivera with the Carolina Panthers for four months in 2017, an offensive assistant role at Dartmouth College and a role as an assistant wide receivers coach for the Arizona Hotshots in the Alliance of American Football (AAF), a league which shut down back in April 2019. King lead both teams she coached to impressive records, as the Arizona Hotshots co-lead the league with a 5-3 record before the AAF closed down. At Dartmouth college, the team she coached on ended the year with a record of 9-1, losing just once.

ESPN reported that Jennifer King ‘met with multiple members of the organisation’ before the 2020 Super Bowl and will report to head coach as Ron Rivera as an offensive assistant. Collette Smith was the NFL’s first black female coach, serving as an intern with the New York Jets back in 2017.