Posted at 01:29h in All Articles, News by Ajay Rose

Just Eat’s planned £200m acquisition of Hungry House has been referred for an in-depth investigation by the competition watchdog.

The UK takeaway giant announced their intention to acquire its biggest UK rival, Hungry House, in December 2016, although there are fears that combined ownership of the two will result in unfair prices for restaurants.

The economies of scale to be found in combining two huge online takeaway services may even result in slightly lower prices for customers. Restaurants on the other hand, could be powerless to resist the newfound demands the takeaway giant. In the absence of genuine competition, Just Eat’s network of customers could be too big to turn down, but not profitable enough for restaurants to truly benefit from. 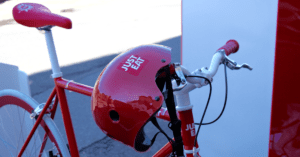 The firm was given the chance to respond to the concerns of the Competitions and Market Authority (CMA), but chose not to respond. CMA panel members will now enter a phase 2 investigation, with the probe running until November 2017.

Claims that rival services like UberEATS and Deliveroo were genuine competitors to Just Eat were rejected by the CMA. Such services deliver food from in-dining restaurants rather than takeaways, and as such, operate with different business models and could not be considered direct rivals.

Just Eat’s plan to truly dominate the takeaway delivery market in the UK remains on hold, for now.