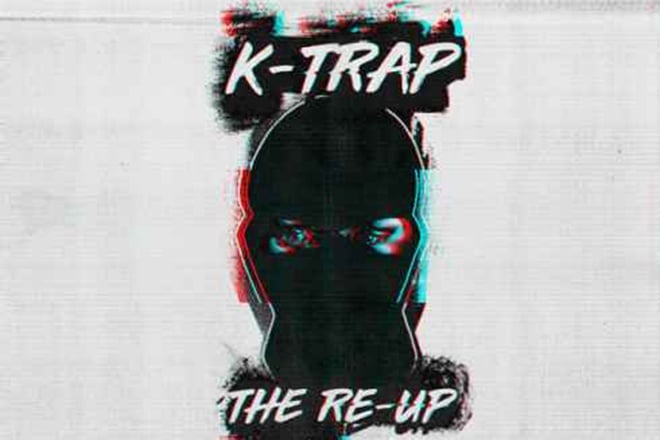 30 Jun 2018 K Trap merges his punchline-heavy, dark drill flow with an added sense of luxury on new project ‘The Re Up’

Posted at 16:46h in All Articles, News by Ajay Rose

The Re Up is yet another instalment of K Trap’s airtight drill flow, a darker yet effortlessly slick style of rap that’s attracting an ever-growing fan-base. It’s not hard to see why after listening his second project.

Prior to the release of The Re Up, K Trap dropped the visuals for ‘Watching’, ‘Anything Else’ and ‘A to B’, releases that have gained over four million views in recent months, with his latest drop, ‘Edgware Road (feat. LD (67)’ heading for a similarly viral outcome.

All of Trap’s music carries a luxurious feel to it, with many mentions of expensive retail outlets, VVS diamonds and designer outfits, but on The Re Up, it’s as if that sense of lavish living is upped a few notches, and that’s reflected in his visuals to. From cruising in the Thames on the speedboat to a suited and booted Carns Hill candidly playing the piano through to the sleek, minimal yet but almost ‘upper-class’ traphouse we see in ‘Watching’, K Trap is going further than most drill rappers do with his music videos.

What’s clear throughout The Re Up is that K Trap is finding effective ways to marry his drill flow with the luxury feel that more traditional rap usually carries. Still gritty, violent and blunt, but also lavish, extravagant and luxurious.

He has quickly ascended to the higher ranks of the UK drill scene and that newfound sense of luxury is weaved into The Re Up, building off his debut project, The Last Whip, combining harsh realities of the street life with the luxuries that a fleeting career in music can bring. As well as a new project, K Trap can look forward to his second headline show soon and will surely pop up at a few festivals this summer, so as he’s building momentum both in the studio and on stage too.

Sonically, Trap pushes the boundaries beyond just drill, seamlessly flowing with D Block Europe trap flow, entering a space which some might call ‘afroswing’ on ‘Deserve Me’ on Yxng Bane while also showcasing a purer rap flow on ‘In Season’. Moving beyond the confines of fast tempo drill beats is a necessary step for the genre to grow and K Trap teased his answer to that barrier a few times on The Re Up.

Slay Productions handles most of the tape’s production, providing six of the 11 tracks, including ‘Easy Sport (feat. Loski)’ and ‘Deserve Me (feat. Yxng Bane), continuing the partnership with Trapo. The Re Up also features beats from Carns Hill, Soundboi, GA and Wonda Production, who combine to lay down instrumentals that ensure his punchlines and ad-libs always remain at the forefront.

All in all, a very tidy project and one which suggests K Trap has realised that the importance of finding ways to grow his drill flow, a style of rap that falls in danger of becoming repetitive and lacking room to manoeuvre. The visuals, features and more luxurious feel to K Trap’s lyrics throughout on The Re Up leaves him a healthy position to continue his ascension, a rise which will also benefit drill music as a genre more generally.

Listen to The Re Up below: