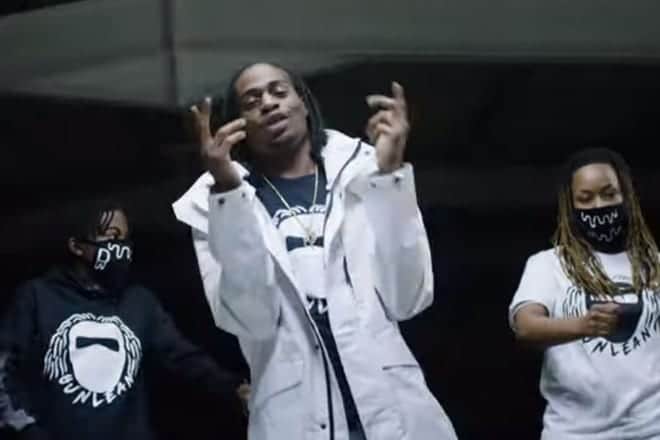 21 Mar 2019 Keisha and Becky: Tion Wayne jumps on a drill flow alongside Russ in new drop

Posted at 20:57h in Uncategorized by Plugsville

Keisha and Becky – Tion Wayne has showcased his flow on a drill tempo in a brand new drop with Russ.

The duo join forces for ‘Keisha and Becky’, as Tion serves up a hook and the man behind the ‘Gun Lean’ delivers a few verses of his own.

As well as ‘Options‘, Tion also featured on Swarmz’ latest single, ‘Bally’. The track originally debuted at #51 but since shot into the top 40, following the release of ‘Bally Remix’, which featured, Jaykae, Geko 23 and Kwengface. which helped ‘Bally’ crack the top 40, peaking at #32.

Meanwhile, Russ’ ‘Gun Lean’ has opened up a fair few doors for the South London rapper. He performed the track to 17,000 people live at the O2 Arena as a guest at Davido’s show, while the track itself secured him his first top 10 and spent nine weeks overall in the top 100.

Both artists have found a commercial lane for their sound, so it would come as no surprise to ‘Keisha and Becky’ hand Russ and Tion Wayne their second and third charting single respectively.

Listen to Russ & Tion Wayne – ‘Keisha and Becky’ below: