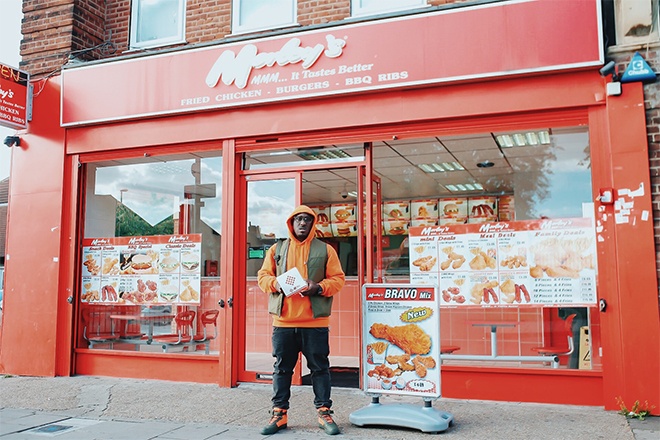 25 Oct 2017 Interview: How Kenny Allstar became one of the most trusted voices in UK rap

Posted at 12:42h in All Articles, Interviews, Long Reads by Ajay Rose

KENNY ALLSTAR INTERVIEW –  From delivering historic live performances to profiling over 50 upcoming artists to the tune of more than 20 million views, Kenny Allstar has become a highly-trusted voice in UK rap.

He is the pioneer of a powerful freestyle series, has hosted various mixtapes, holds live shows and dedicates himself wholly to the helping rap, grime, afroswing and drill grow in UK.

‘Ken’s TV’ was a YouTube channel Kenny set-up a few years back which involved him travelling across South East London to shoot music videos for upcoming rap artists. That venture was short-lived and his DJ’ing career began shortly after ‘Ken’s TV’ stopped, but whetted his appetite to continue to seek what’s next.

The Lewisham-raised DJ is someone who seeks to use his platform to create new avenues for artists, a skill he began honing back when he used to do graveyard shifts on pirate radio. 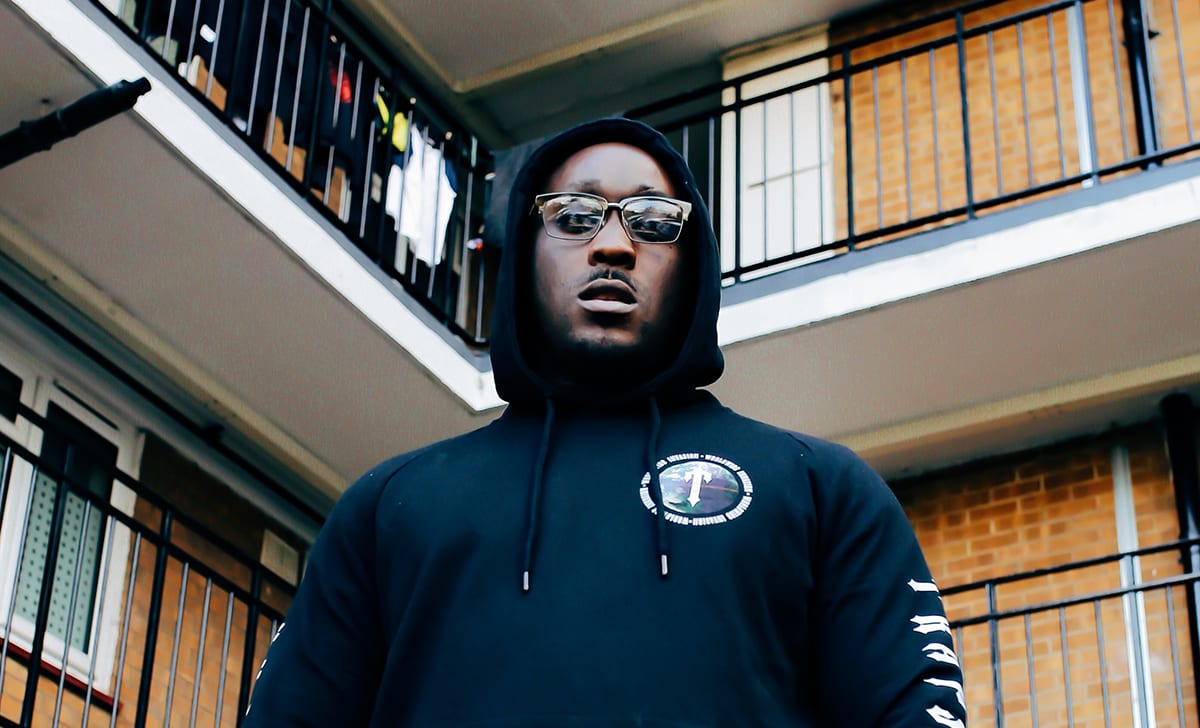 “My first exposure to radio was through Deja FM back when I was in year 11. There used to be a whole heap of DJs that would pay subs to get on pirate radio, that was how it worked back in the day.

“Because I was the youngest at the time, the owners said I don’t have to pay subs but had to do the graveyard shift. Back in those days, we’re looking at 7 in the morning until 1 in the afternoon. There would be times I did it on Sunday’s where I went from radio to school the next morning. That was when I first exposed to DJ’ing and knew that I loved it.”

Mad About Bars has become a trusted hub for sourcing emerging UK rap talent. Mixtape Madness, the home of underground anthems like ‘SL – Gentleman’, teamed up with Kenny, who wanted to shine a light on emerging artists through the form of a freestyle series.

He explains: “There were times where I thought I was next up as a DJ, but I wasn’t getting much recognition and I used to get pissed off all the time, until I had to go and graft. I was on Reprezent Radio at the time, doing 9-11pm on Saturday, that was pretty much the peak time. What I decided to do was to make a platform where people can come on. 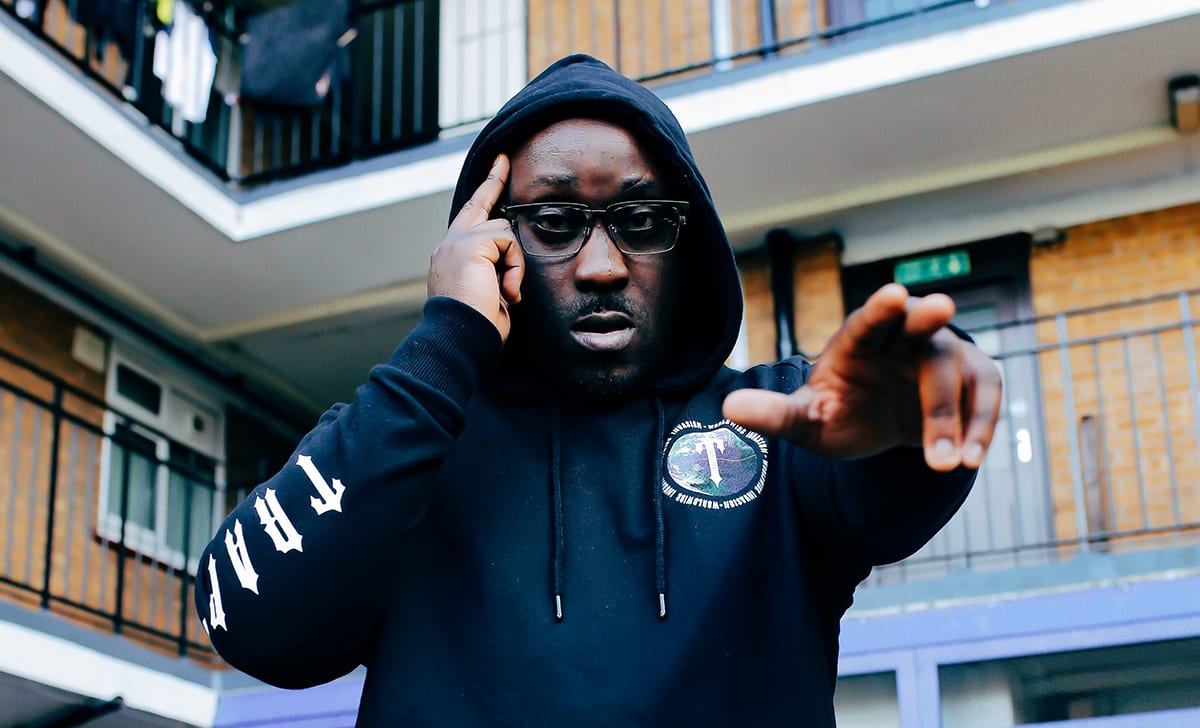 “In the beginning, it just started off as freestyles, it wasn’t Mad About Bars, it was just ‘Kenny Allstar’s Freestyles’. We had Don Strapzy, M Dargg, old school guys who back in that time were killing it. I basically sent out emails to different platforms, but nobody got back to me, Ajay. Everyone aired me. Everyone. You name it, I hit them up and they said no, so I decided to use my radio show as a platform.

“The first guy I brought to do a Mad About Bars was AJ Tracey. At that time, I wanted to film it, but no one in Reprezent could film. I was doing old school videos with Mixtape Madness back in the day and interviews with them. They were like the first platform that gave man a look in. I called up my guy from there and explained the idea for the freestyle series and told him I wanted to do it every Saturday night.

“MM showed me love and said they’re on board, so I went down there, had my guy Frankincense and Murr film it, and we started with AJ, then the next week we had Ms Banks, then Big Tobz & Blittz, then Baseman, then it got to a stage where a lot of big artists were coming through, so we decided to expand it to take it to a bigger filming studio, which is the studio we have now.

“Every season, there has been breakthrough acts and what I mean by that is, every one of these artists were doing their thing before their Mad About Bars, but some were particularly iconic.”

Season one saw Kenny draft in 26 different artists, including what some might describe as breakthrough moments with Abra Cadabra’s and Tremz’ Mad About Bars. The first season drew in over seven million views, with the second raking in 15 million views across more than 30 freestyles.

Besides growing exponentially, season two also provided iconic moments, particularly for drill artists, as the freestyles from Skengo & AM, M Huncho and Biz x MizOrMac are season’s two’s three most-watched videos. Since those freestyles, each of those artists have grown their fan-bases considerably. The growth of Mad About Bars indicates the trust people have in Kenny’s selection of artist and hosting of the freestyle is high.

Having more than doubled their views from season one to two, the third season of Mad About Bars will feature a collaboration with Spotify, so I asked Kenny to shed more light on how that came about.

“This is a dynamic deal in my eyes because it’s never been done before, an online freestyle platform has never linked up with a streaming platform, or anything of that sort. We know the future of music is streaming and I’ll never underestimate the amount of people that use their phone to get music-on-demand. It was the brains at Spotify linked up with us and said MAB is, in our opinion, one of the best freestyle platforms in the country, so let’s see how we can integrate the audiences more.

“The music goes up on Spotify, you see it on a few playlists that you wouldn’t necessarily expect our music to be on, and it brings a new audience back to the scene, and that’s our main objective for this connection and collaboration. And that’s what we’re executing, hopefully it’s the beginning of something new.” 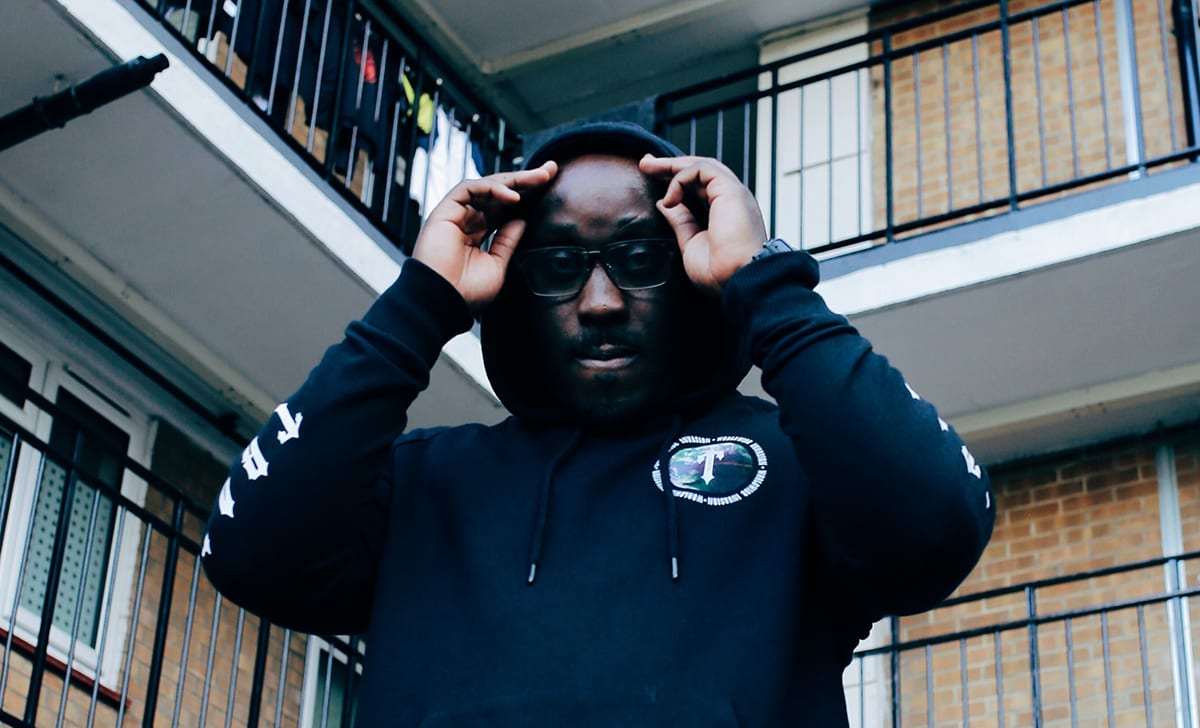 Part of the appeal of Mad About Bars is Kenny’s energetic style of hosting, which also translates to his hosting of mixtapes. He’s hosted projects for Sneakbo, Potter Payper, Reeko Squeeze, Afro B and more, mirroring the model seen in America whereby DJs play a prominent role in guiding the story of a project.

“There’s a certain way that UK hosts compared to American hosts. The legends for me are people like Livewire, Dice, Big Ryde, Mykal Million, those hosts for me influence me to host in the UK style, but I also looked up to people like DJ Drama, Envy, Funk Flex, DJ Green Lantern. The way the US do it, they’ll tell story on tracks, like Drama is good for that, so I wanted to take a bit of that but keep our UK influence and still hit them with the Mykal Million type-intro. I wanted to mix both fusions of hosting a mixtape and spice it up.

“You know what is Ajay, it also helps younger DJs create a platform for themselves. People think that being a DJ is just going to the club and playing music. We can host mixtapes, run platforms, upload our own music videos, release an album… there’s a lot more to it now.”

That vibrancy he displays on a track stems from his background in live events. More than just a DJ with a USB, he plays the role of someone who won’t stand for people standing around twiddling their thumbs at his events. Beginning with his ‘Kenny’s Night Stand’ events and later turning into a string of infamous ‘Block Party’s’, a host of stars have graced these energetic and memorable nights: 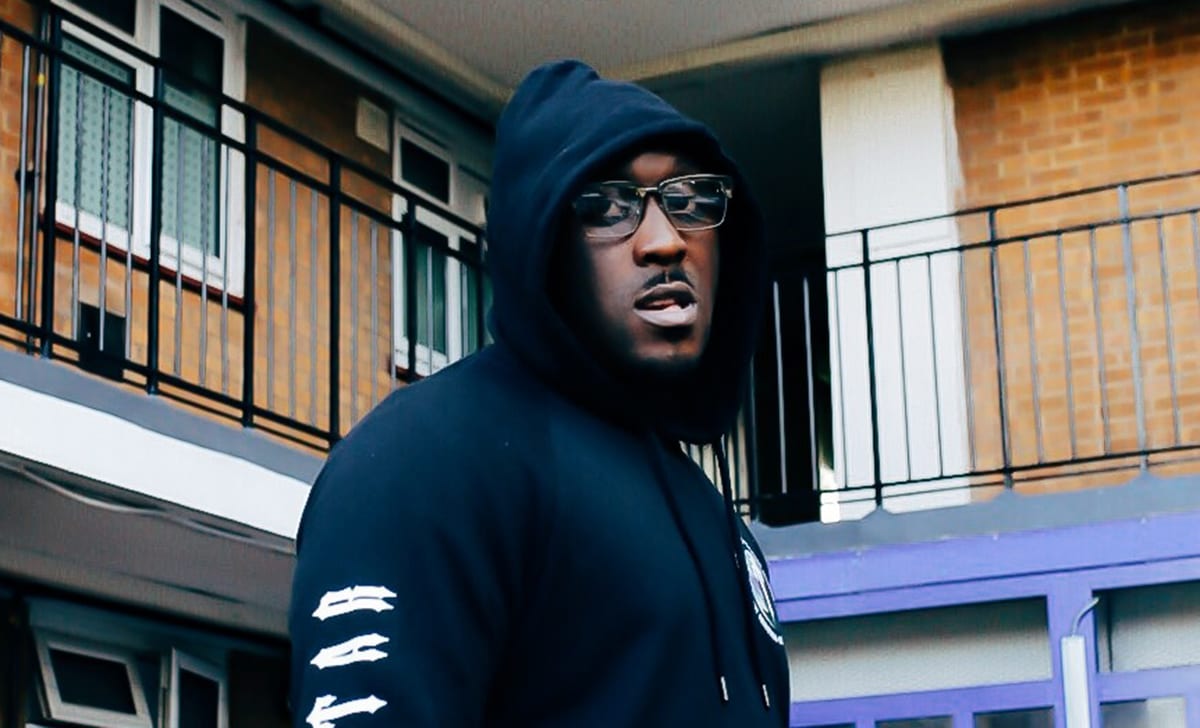 “I come from an afrobeats and bashment culture, so growing up, our ting was always lively. Where we come from, we’re used to doing raves in clubs with no stage and s**t equipment, so we had no choice but to turn up and create mad vibes.

“At university, I had a party called ‘Kenny’s One Night Stand’. In the first year I had Sneakbo come through, second year was Fekky, Cash, Bo. Third year was J Hus, Timbo, Moelogo, Bo again.

“Artists that you might not have known back then, you will know now. J Hus’ first ever live performance was at Kenny’s One Night Stand 3,” explains Kenny.

In an era where compilation albums are rife, with the likes of Charlie Sloth, The Heavytrackerz and New Gen all releasing albums this year, it only seems right that Kenny drops something of his own too.

Having worked with an array of rap, grime, drill and afroswing artists, what exactly can people expect?

“What the issue is, when a DJ puts out an album or compilation, it goes over people’s heads, because you don’t actually make the music, you’re not spitting, and that’s the type of negative stigma us DJ’s get when we put out albums. 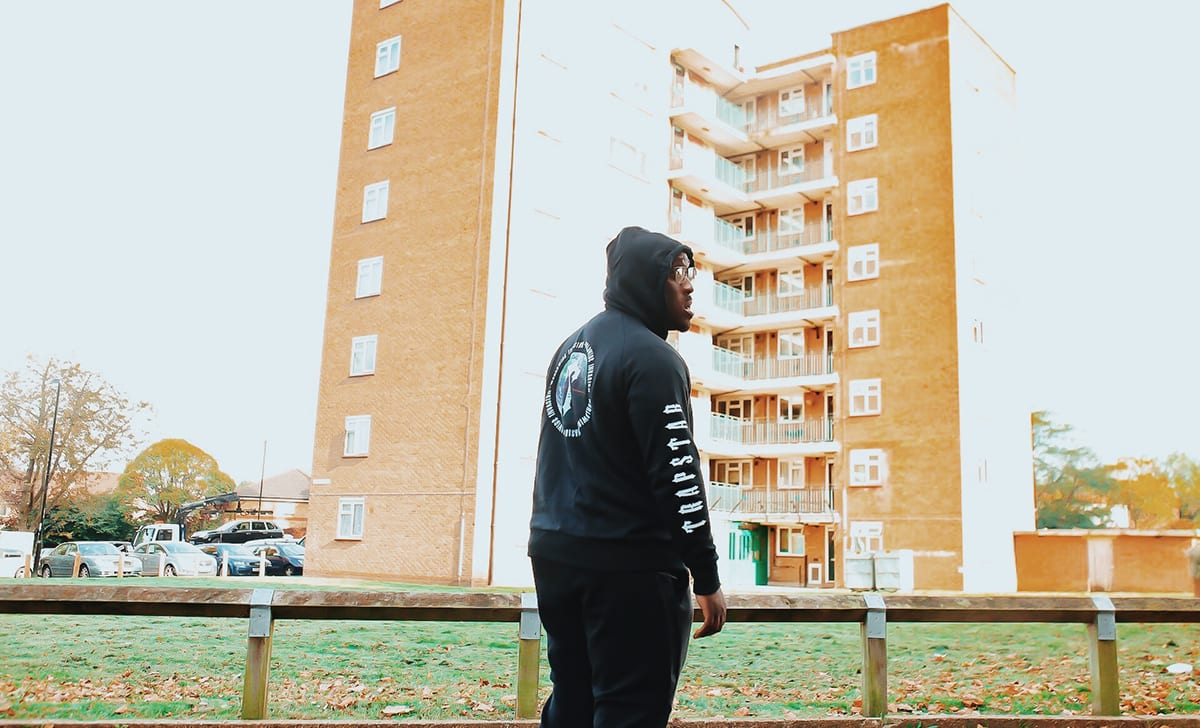 “The journey’s been sick, Mike Skinner came down to the studio to offer some creative direction for the album. In my opinion, he had one of the greatest UK albums of all time, Original Pirate Material, so for him to step in the booth and help direct this album is sick.”

Kenny’s influence over UK rap has been impactful to say the least. When Abra Cadabra won a MOBO Award for ‘Robbery (Remix)’, one of the biggest songs of 2016, he credited Kenny’s influence in his acceptance speech.

Mad About Bars grew massively in the first two seasons and cemented itself as the go-to place to find out about the next wave of UK rap talent, and has now teamed up with streaming giants Spotify. He calls upon the scene’s finest for his shows, including J Hus’ first ever live performance and can turn up a crowd himself. Above all, Kenny Allstar does everything with a genuine passion for UK music. That is why he has become such a trusted voice.