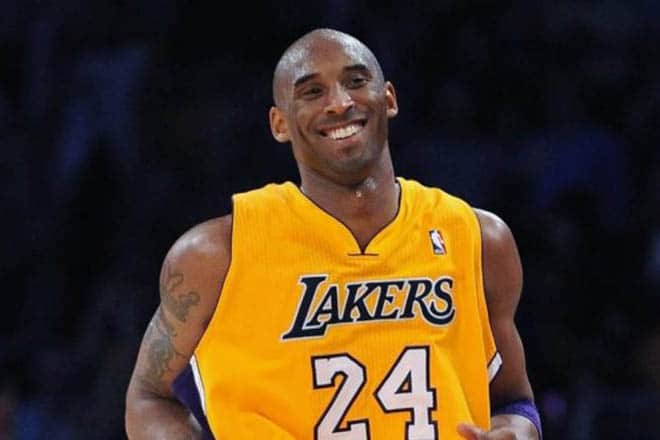 Posted at 21:34h in All Articles, News, News Main by Plugsville

Kobe Bryant tributes – The world lost one of its greatest-ever athletes on the morning of Sunday 26 January 2020.

Bryant was among five passengers who died in a helicopter crash in Calabasas. He was just 41 years old. His unexpected passing shocked the sporting world, who paid tribute to the Lakers legend. Kobe’s 13-year-old daughter Gianna also died in the tragic crash, along with Orange Coast College basketball coach John Altobelli, his daughter Alyssa Altobelli and wife Keri Altobelli.

Kobe is one of the best athletes of any sport, ever. His impact not only on the growth of the NBA but sports more generally, is undeniable. Five NBA titles only begin the scratch the surface of his storied list of achievements – Kobe is a true sporting legend who inspired millions of people across multiple generations.

Brian Shaw won three NBA titles alongside the Lakers legend in the early 2000s and urged fans to cherish the good times be brought more than anything else:

“For those Kobe fans that are out there, that are feeling like I feel right now, just try and think of all the joy that he brought you.”

Many members of the entertainment world offered up reminders of how far and wide Kobe’s impact spread:

The world lost a giant today
Rest In Peace Kobe Bryant. Also praying for the other passengers that we lost and their families.

This honestly doesn’t make sense….I just saw you man. This hurts my heart. God please place your hands on his family and help guide them thru this unbearable time. We love you forever man…Legends never die!!!! #MambaMentality #RIP…. RIP to the other passengers as well as sending prayers to their families. ??

RIP Kobe, hero to many including my grandson, extraordinary athlete and always kind to me & my family. My deepest condolences to his family

Kobe is G. Will always be remembered @kobebryant A Sad day.

R.I.P. Kobe Bryant this is so sad I can’t believe it

Kobe Bryant a man of excellence, honour and example. A husband, A Father, A man that broke boundaries, and inspired me and millions of others. Your legacy lives on. THANK YOU 👑❤️💔 pic.twitter.com/OVfrUS3t7H

Kobe Bryant was not only one of the greatest basketball players ever, he was also the hardest working player I’ve ever been around. I was so fortunate to have known him and coached him with Team USA. Our thoughts and our prayers are with his wife, Vanessa, and the Bryant family.

When asked by a reporter live during the Pro-Bowl, the NFL’s equivalent of the All-Star game, New Orleans Saints quarterback Drew Brees offered his Kobe Bryant tribute, reflecting on his inspirational nature: “I had so much respect for him as a competitor. I know he inspired so many people in so many different ways. One of the great competitors of any generation. Not just with sports, but the way he approached a lot of things and what he was doing now after basketball.”

Fans have already began to mark his impact with memorials in Los Angeles: