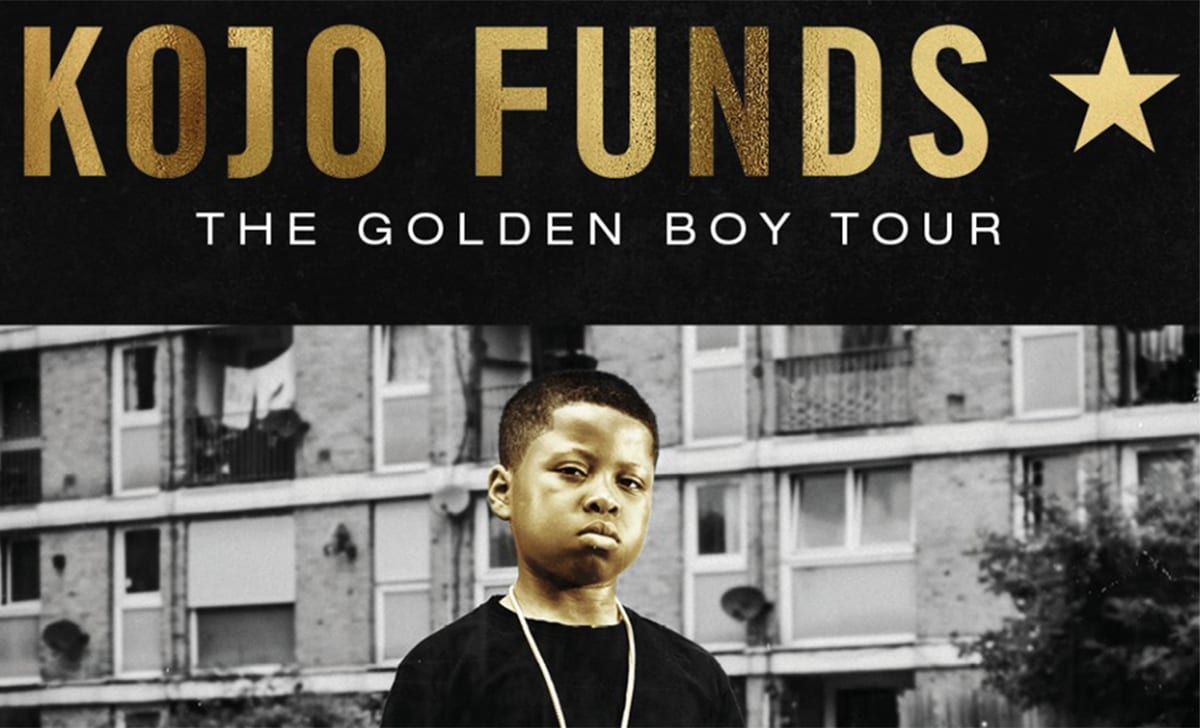 Posted at 13:55h in Uncategorized by Ajay Rose

Having built up considerable heat from a string of powerful single releases and live performances, Kojo Funds is about to deliver his debut project very soon.

Golden Boy represents his first mixtape and is due for release on September 28. Taking to Twitter, Kojo said: “Got some new fire for you, also some of the tunes your familir with on one project”.

To go with the project, Kojo Funds also announced a seven-date nationwide ‘Golden Boy’ tour, which will begin in Birmingham on October 1 and end in London at the 02 Forum Kentish Town on October 9. To buy a ticket for one of those shows, click here.

Golden Boy will be 16-track project with eight features including Giggs, Maleek Berry, Kranium, Yxng Bane and Masicka. As well new releases, the mixtape also contains plenty of his older cuts, including the silver-certified hit ‘Dun Talkin (feat. Abra Cadabra)’, ‘Who Am I (feat. Bugzy Malone)’, ‘Stalling’, ‘Warning’ and ‘Check (feat Raye)’, which charted at #26 in the Official Singles Charts, while Kojo also charted in the top-10 with alongside Mabel on ‘Finders Keepers’ back in 2016.

As we wait for Golden Boy’s release, familiarise yourself with Kojo Funds’ latest collaboration alongside Bugzy Malone: