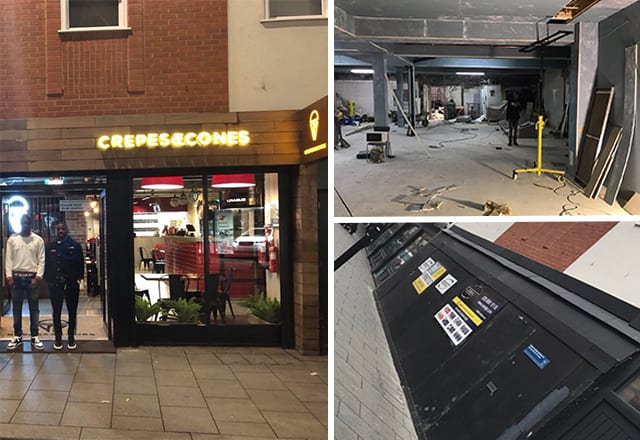 Posted at 12:24h in All Articles, News by Ajay Rose

Krept and Konan are opening a new desserts restaurant called Crepes and Cones.

The duo will open the new restaurant next Saturday 12 May. Krept first tweeted about having a dessert chain one day alongside Konan back in 2014, and four years later they’ve brought that vision to life.

Reflecting on the opening of Crepes and Cones, Krept said this on Twitter:

“Honestly put my blood sweat and tears into this. So much up and downs making this, i even became a builder at 1 stage lol. but we’re finally here. I said we would do this years ago and made it happen. How? i have no idea but believe me you can do anything you want In life”.

On top of the new restaurant, Krept and Konan also announced their biggest ever headline show at Alexandra Palace, while their last two projects, 7 Days and 7 Nights, both charted in the top 10 of the album charts.

Crepes and Cones can be found at 22-26 South End, Croydon. For more information about the launch, click here.

Krept and Konan also released a single to promote the restaurant called ‘Crepes and Cones (Ya Dun Know)’ and called in MoStack for the hook. Listen to it below: