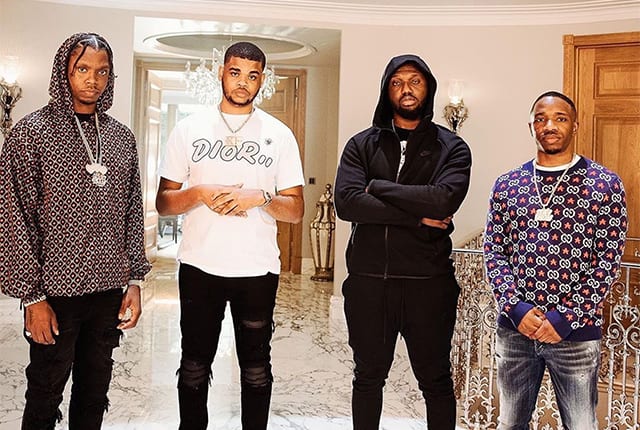 12 Jul 2019 I Spy: Krept and Konan’s new collab with Headie One and K Trap is as fire as it sounds on paper

Posted at 19:20h in Uncategorized by Plugsville

I Spy – When four heavy-hitters link up on a track, there are expectations. Sometimes they are met, other times they are surpassed, with Krept and Konan’s latest single falling strictly into the latter category.

The quadrant of Krept and Konan and drill lyricists K Trap and Headie One sounds promising in theory, and in reality, it is every bit as fire as the name would suggest. The mansion-themed visuals are crisp with an effective blend of simplicity and going all-out for certain moments, like Krept’s bar about the Spanish language and the bath full of burner phones.

‘I Spy’ follows on from ‘Ban Drill’, a short-film exploring the consequences artists faced when higher powers place restrictions on the growth of drill music. There have been a few mentions on social media from the Play Dirty duo about a new album in the works, so it’s likely that we’ll see both ‘Ban Drill’ and ‘I Spy’.

Watch the video for Krept and Konan ft. Headie One and K Trap below. Click here to stream the single on Spotify or Apple Music. Image credit courtesy of Amzy: