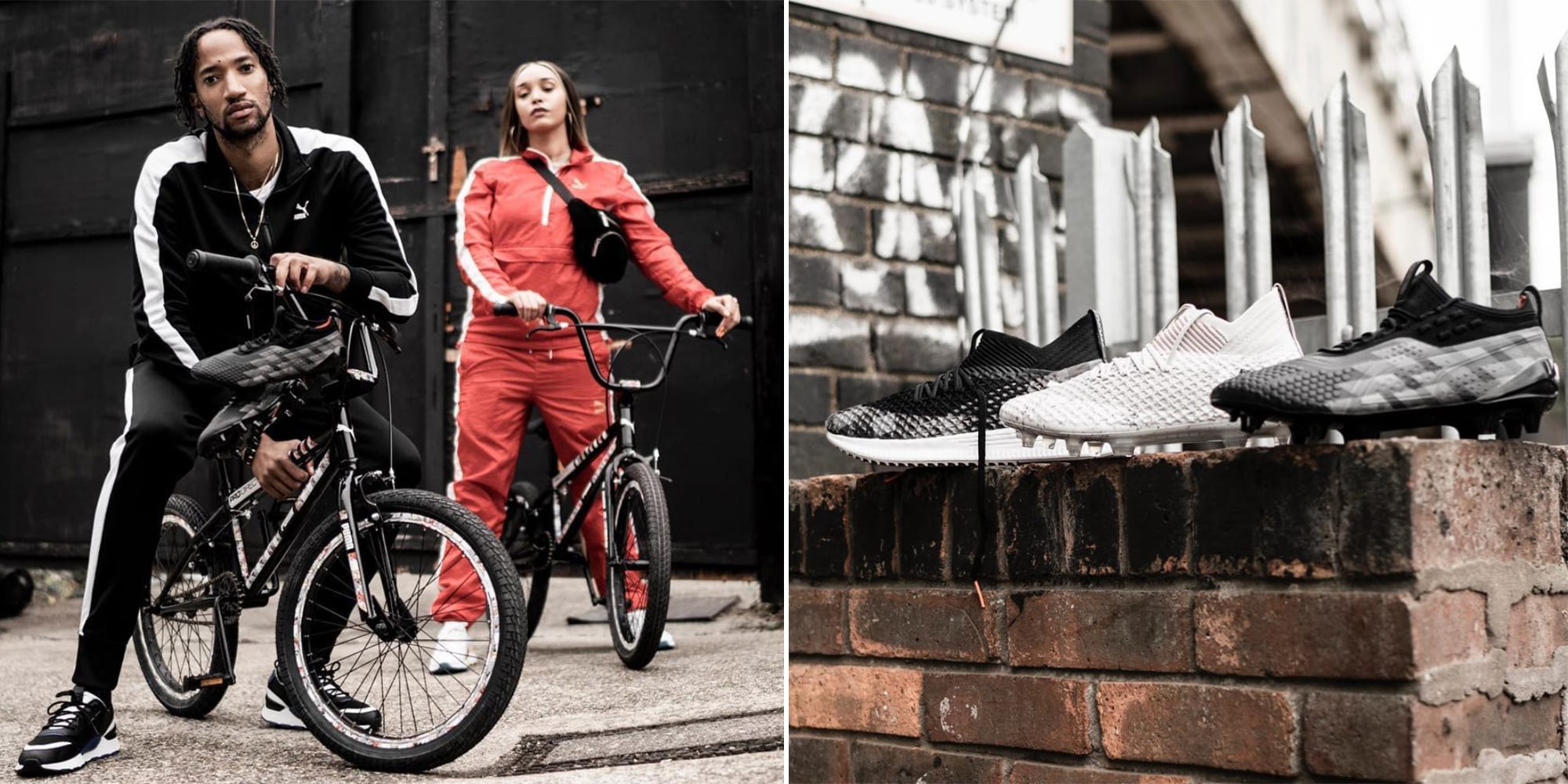 Posted at 13:18h in All Articles, News by Ajay Rose

Vibbar members Poet and Yinka have collaborated with Puma Football and Pro:Direct Soccer for the ‘LDN City Pack’, consisting of the Future 2.1 and One 18.1 football boots and their own custom version of Future AVID NetFit sneaker.

Inspired by their hometown and upbringing, the overall theme of the ‘LDN City Pick’ oozes London, meshing together bus tickets, take away menus, sweet wrappers and old mobile phones. Poet and Yinka also incorporated a ‘No Ball Games’ slogan near the heel, a nod towards the somewhat pointless signs found in many estates around London that are never adhered to.

Two Premier League footballers wore each of the football boots this past weekend. As well promoting the special-edition Puma Future AVID NetFit sneaker online, Hector Bellerin wore the Puma One 18.1 boots in a 2-0 victory against Watford, an added bonus for Arsenal fans Poet and Yinka. Just as Manchester United found a way back into their must-win clash with West Ham at the London Stadium, Marko Arnautovic slotted home a third for the Hammers in a 3-1 victory, wearing the Puma Future 2.1’s. 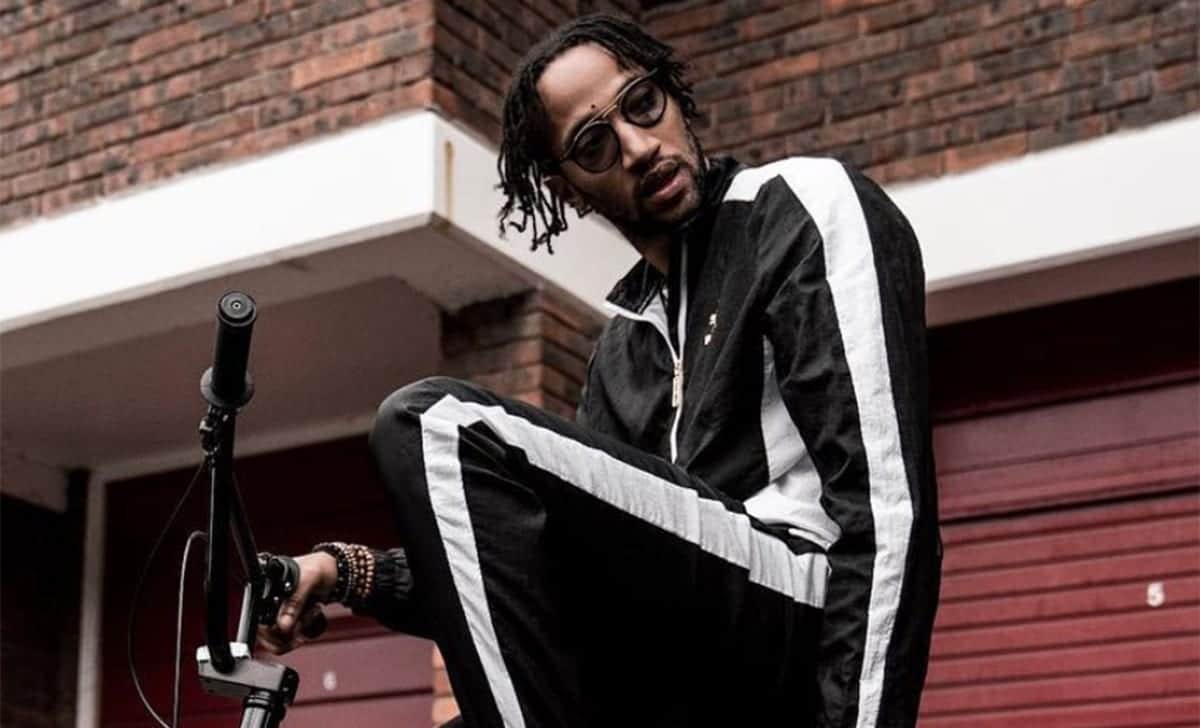 Taking to Instagram, Yinka explained the background behind the designs: “LDN city pack: designs based on London estate seen by day, (the future’s) and by night (the one’s) having the bright patchwork insoles represents the different memories found within household to household when looking past the the hard grey exterior of London council flats as a whole.”

Poet, a passionate Arsenal fan, described how it felt to see one of the club’s players debut his new collection: “I’m just a boy from north London who fell in love with football because of Ian Wright. He played for arsenal and I have been a fan ever since. Today the right back wore my boots at home. I was there to witness and brought a couple people I love.

“Thank you for everything. I made a boot. A fucking boot. I’ve also got bare love from people. Thank you. This is my proudest achievement today after my kids. Thank you everyone.” 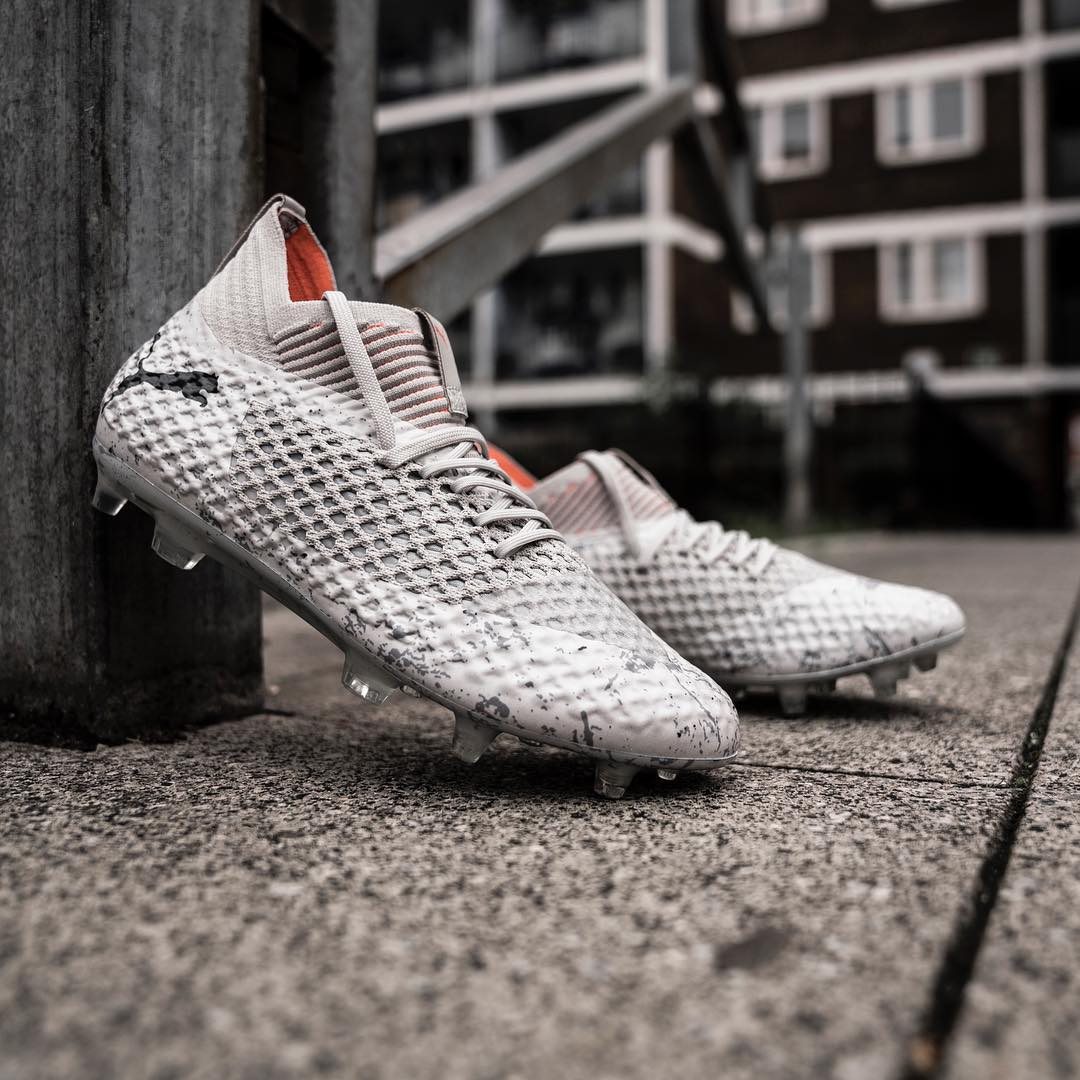 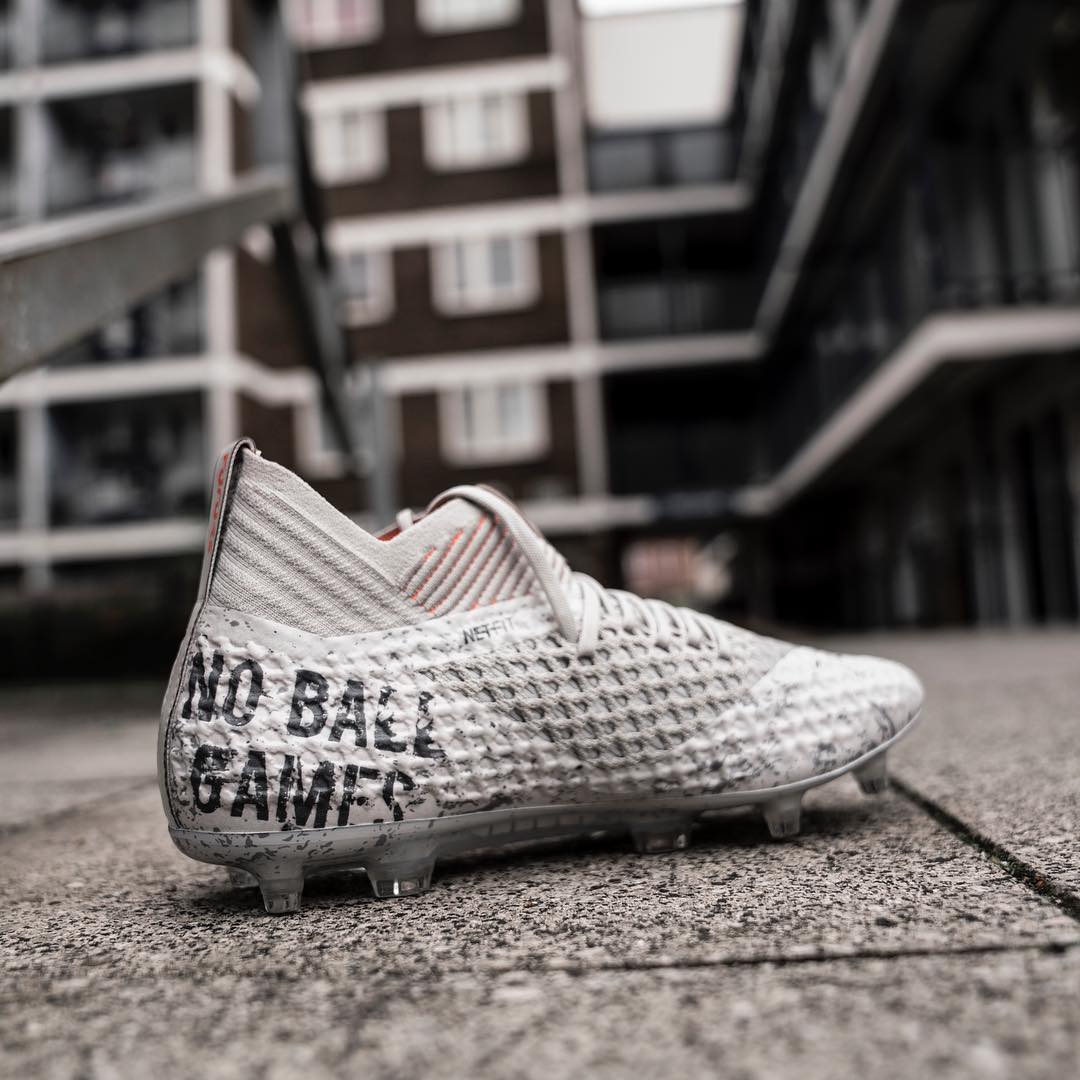 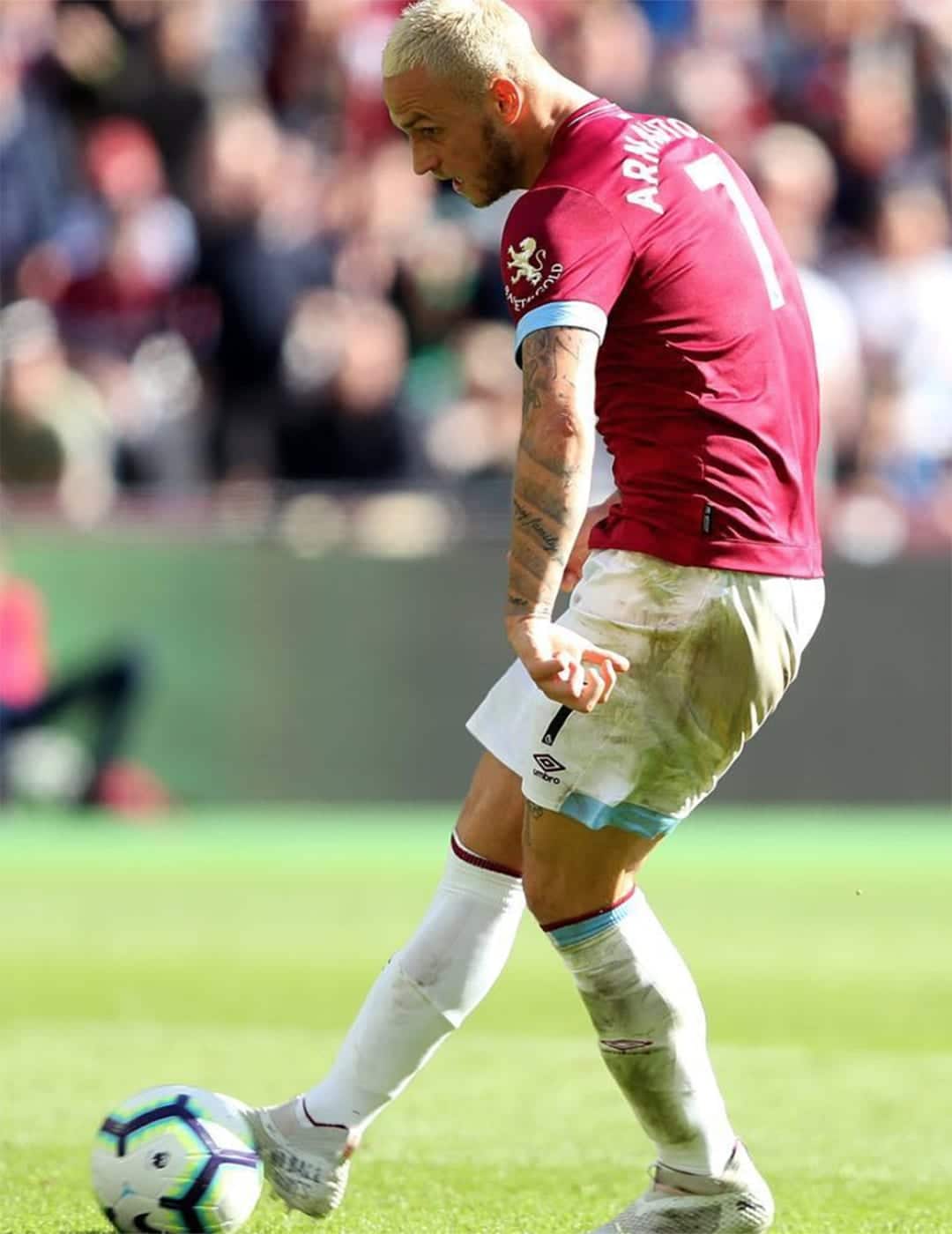 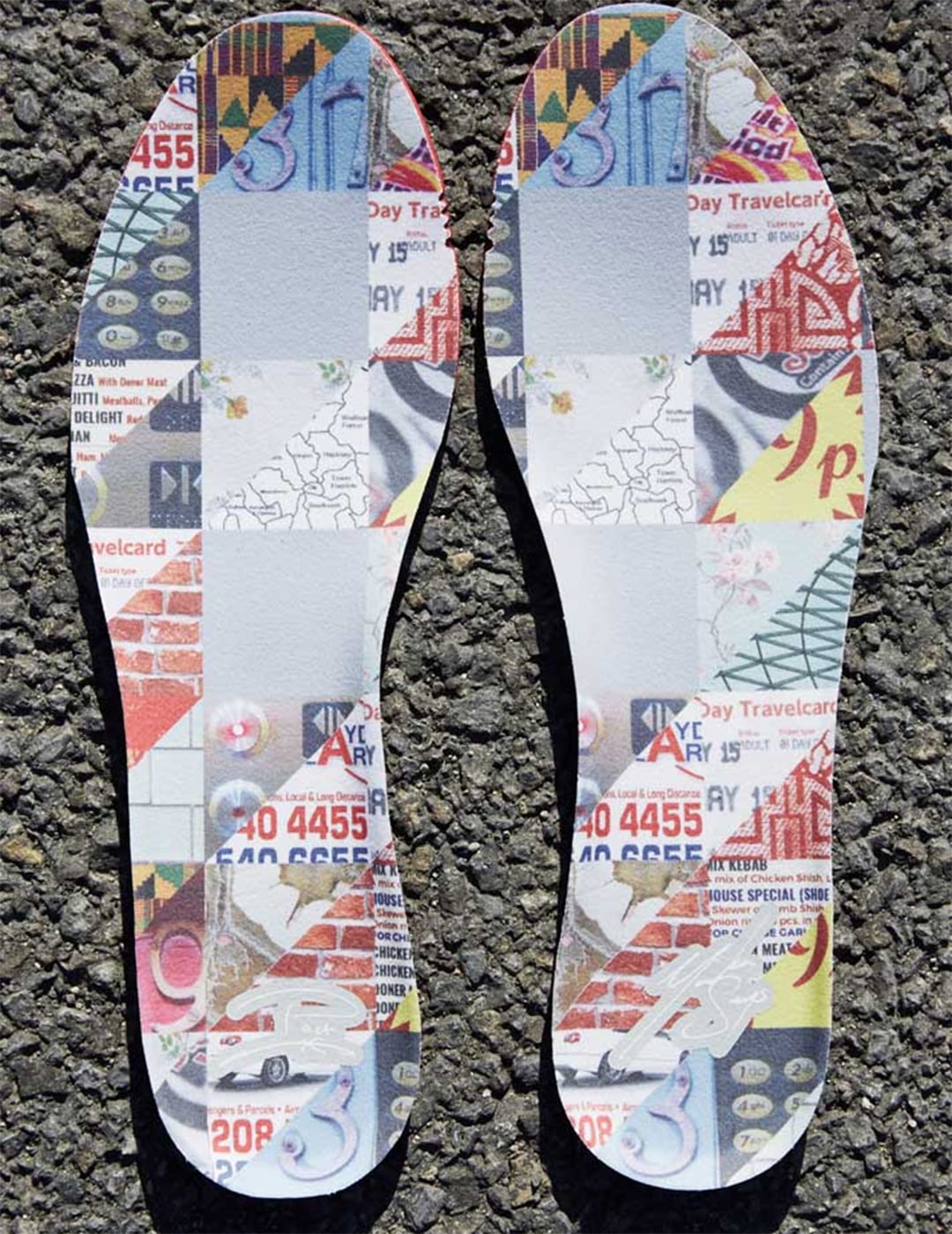 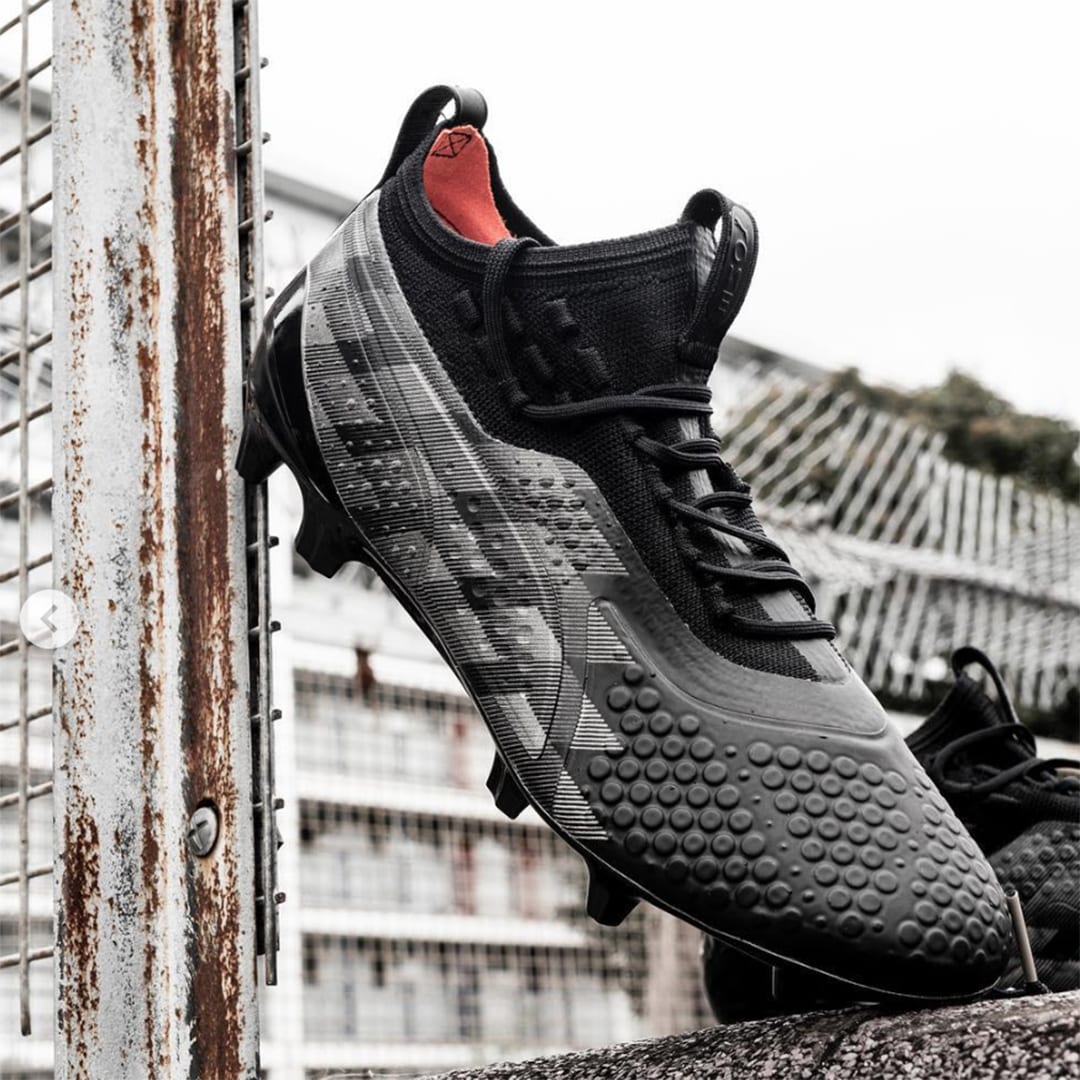 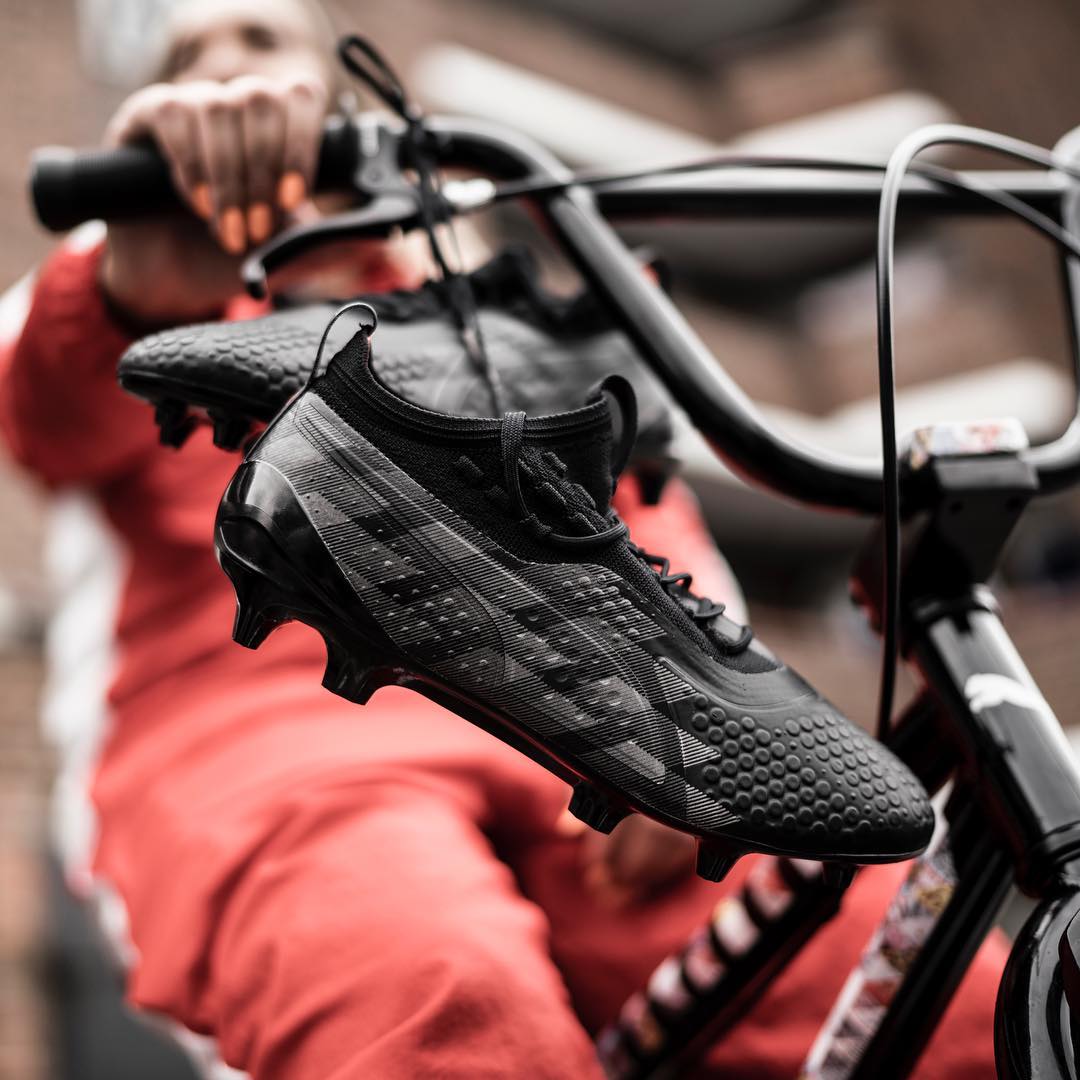 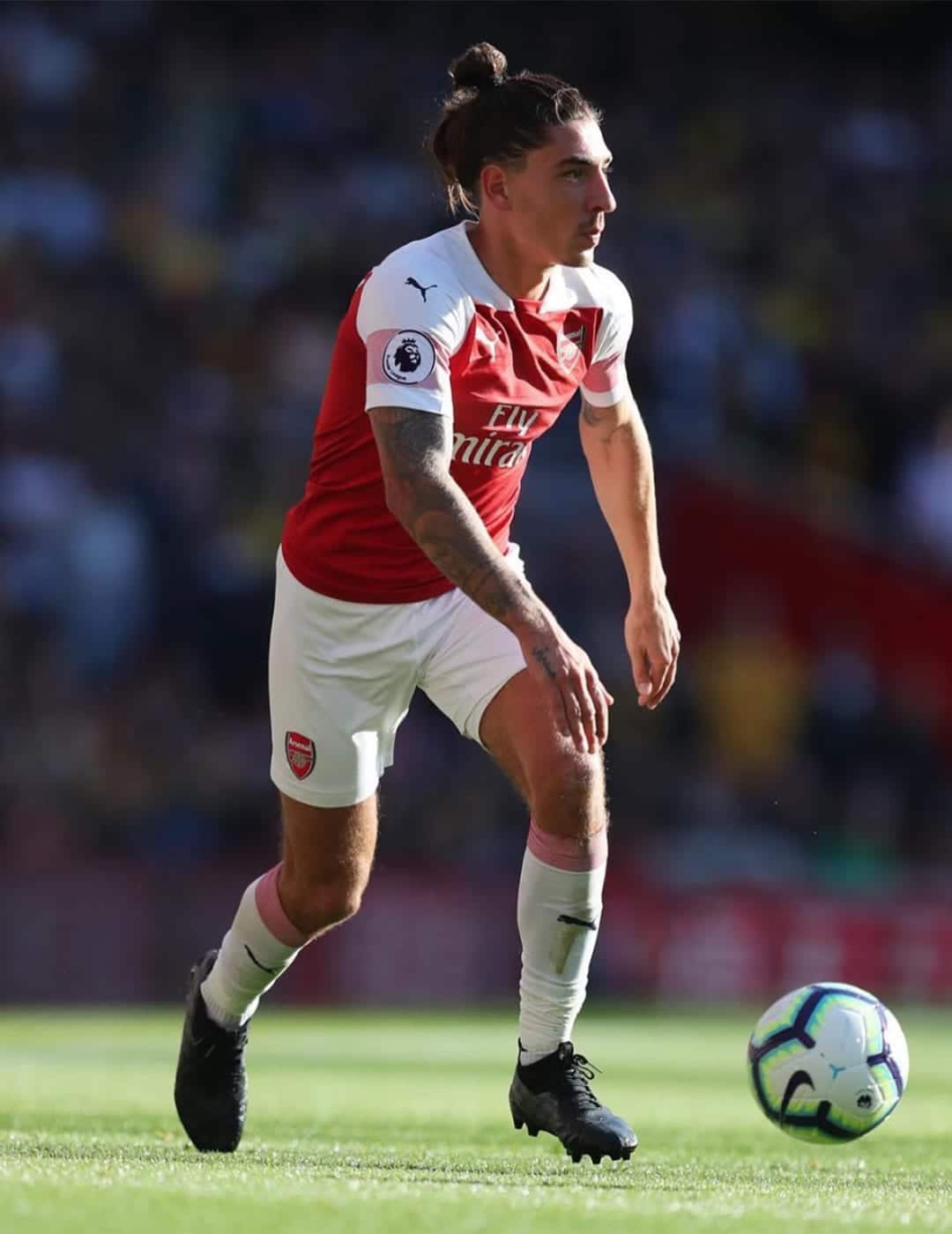 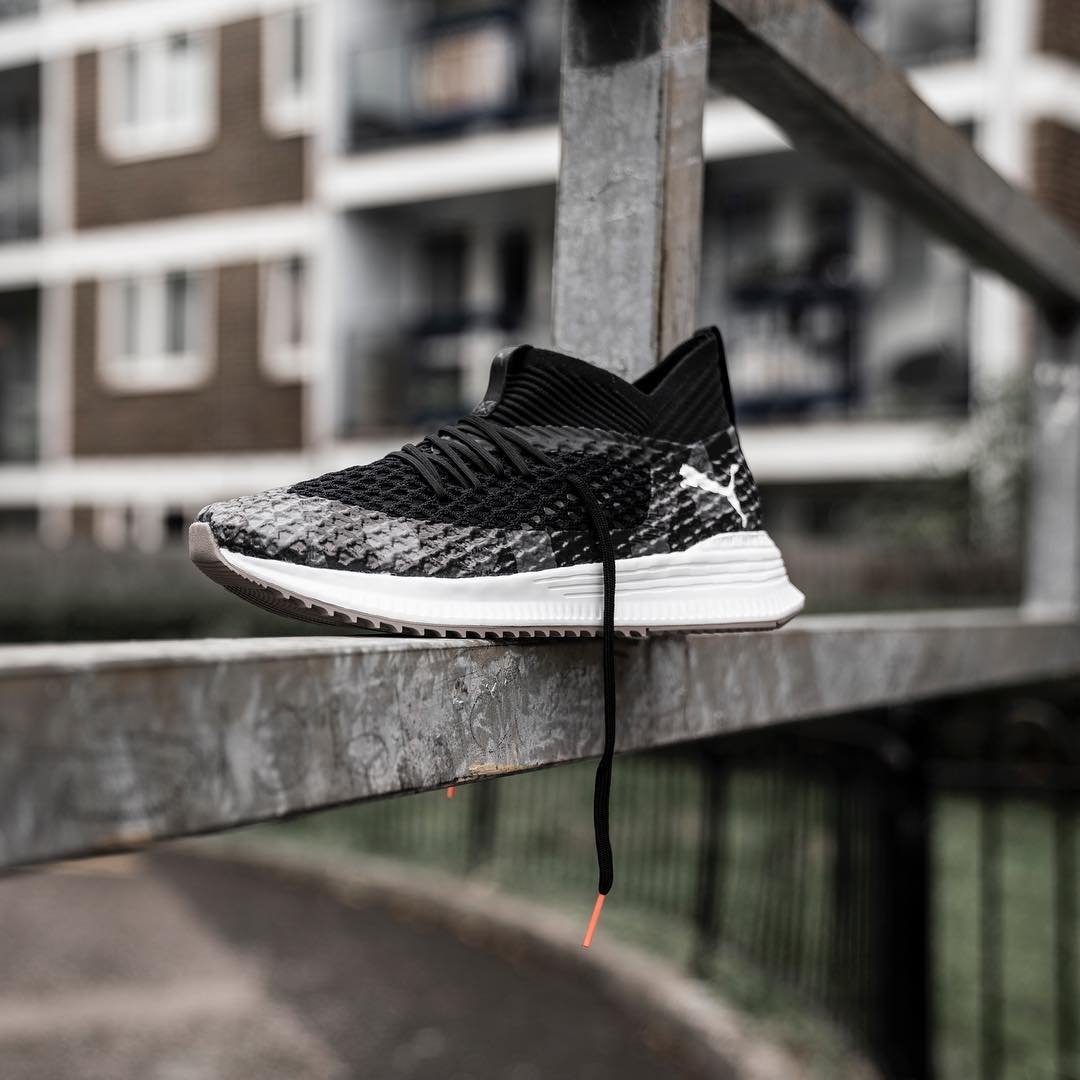 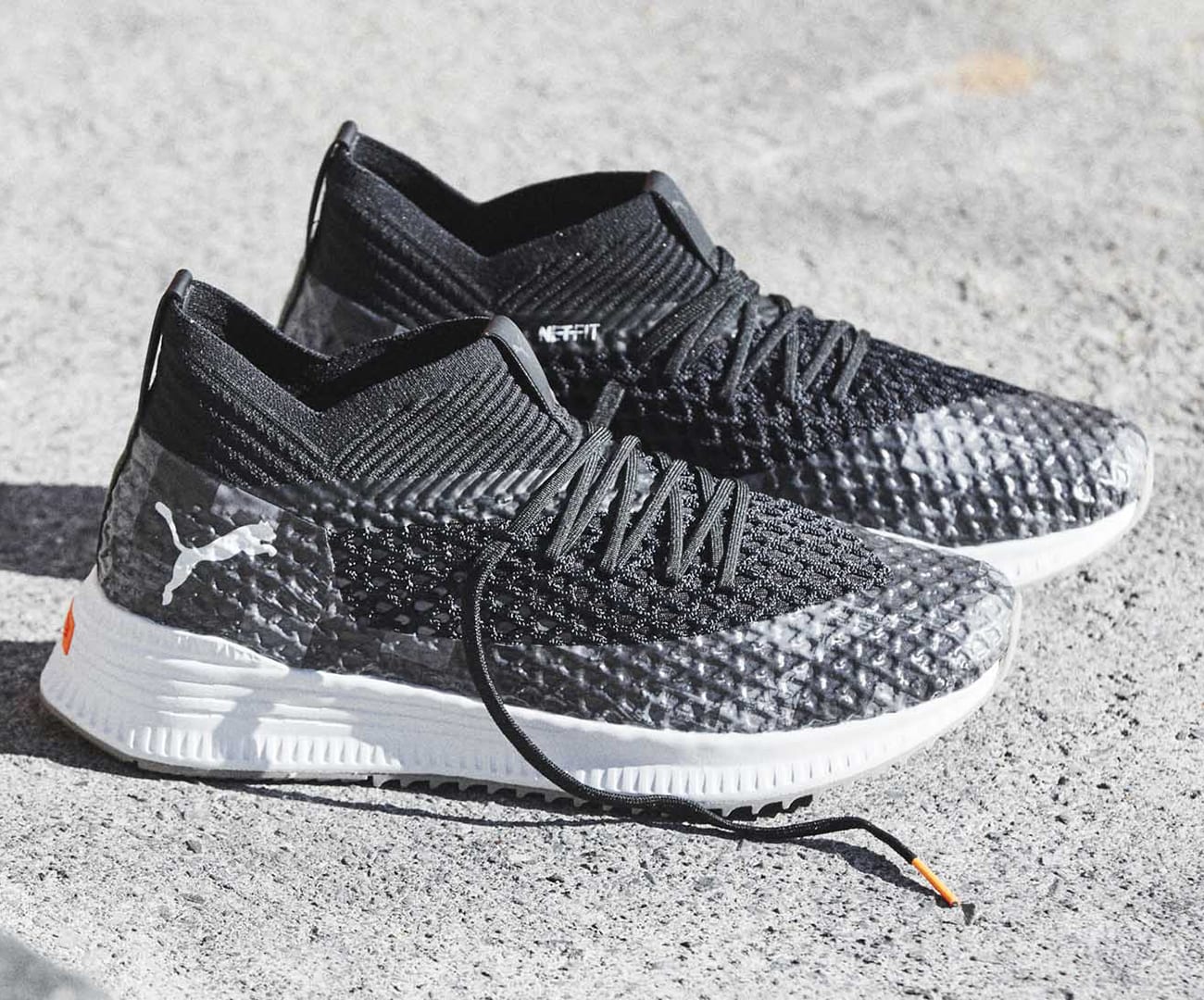