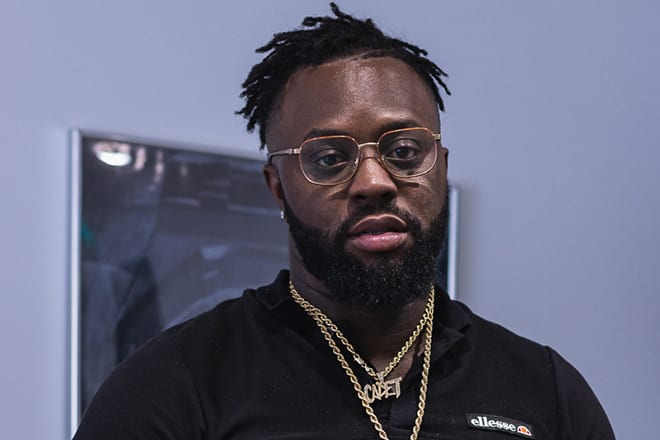 Posted at 19:31h in All Articles, News by Ajay Rose

Letter to Cadet (Cadet Tribute) –  Rapman has paid homage to the Rated Legend.

Cadet, real name Blaine Johnson, sadly passed away on Saturday 9 February 2019 after being involved in a car crash while travelling to a concert at Keele University.

Since his passing, the UK music scene has come together to hold a tribute show on March 2, the day of his birthday. Over 20 artists will perform at 02 Brixton Academy, with all profits donated to a cause chosen by supporters.

Using the same instrumental as the one on ‘Letter to Krept’ and ‘Letter to Cadet’, Rapman delivers a heartfelt freestyle paying his respects. At the end of this video, Rapman shared a few insights into Cadet’s incredible work ethic and genuine nature, which we’ve transcribed below:

“You was the hardest worker in the game, I’ll be real. You was like ‘Raps, I’m not afraid of hard work you know.

“Ah Cadet my guy fam, you made me up my game, I’ll be real. You see your Behind Barz about your pops? Best Behind Barz I’ve ever heard in my life. That’s no joke.

“I had to make this song out of respect. Without you, I would’ve never have tried to up it. So thank you for coming into this lane and making people appreciate the art of narration, storytelling, whatever you want to call it.

“The type of rap that only a few of us made. You definitely, definitely was the best. R.I.P bro. Gone but never forgotten.”