Posted at 21:50h in All Articles, News by Plugsville

Lord Of The Mics Series 8 – The iconic UK clashing platform is back for its eighth edition.

Featuring a huge line-up with the some of the best upcoming grime MCs, LOTM 8 promises a lot and will celebrate its launch with a boat party on the Thames on March 28, with live performances from Jammer and many more artists.

Throughout the years, many famous grime moments have been birthed in Jammer’s basement, from Kano vs Wiley earlier on through to Big H vs P Money at LOTM6. The last two iterations of Lord of the Mics have been top 10 DVD releases and volume 8 will feature nine clashes in total.

Here is a preview of each clash below: 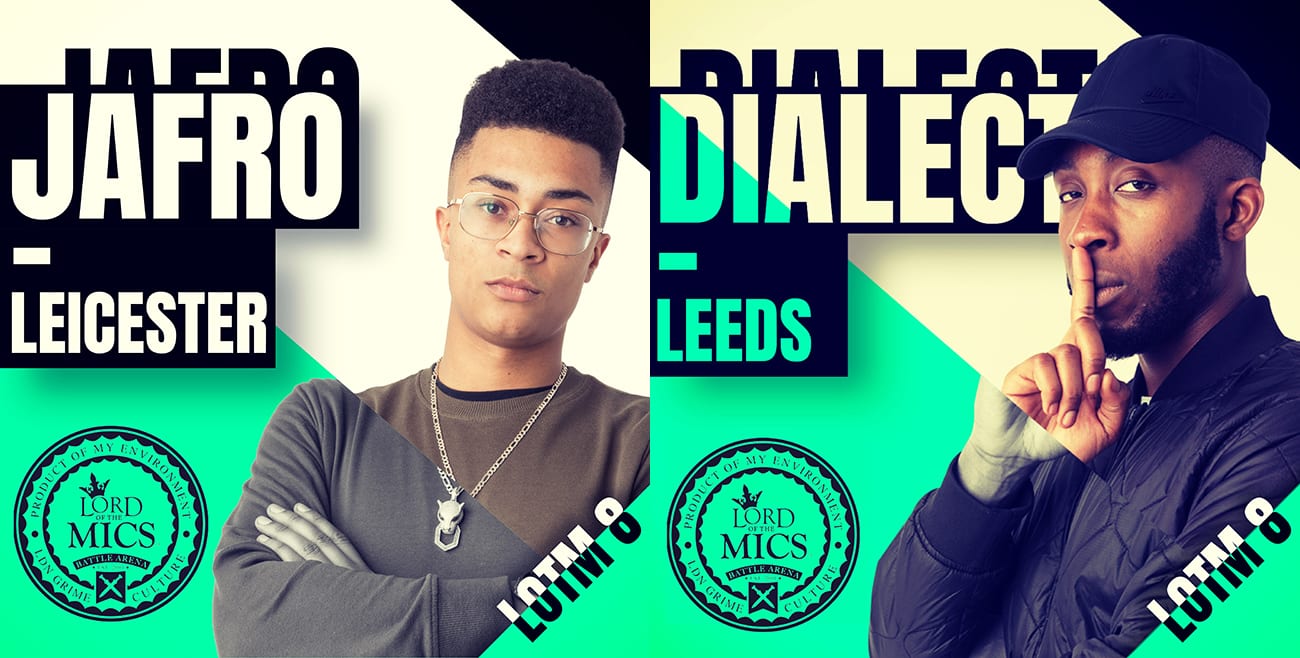 Leicester’s Jafro, who just dropped a cold SBTV Warm Up Session, is no stranger to clashing, taking part in Red Bull’s Grime-A-Side clash back in 2017. He will come up against Leeds MC Dialect, who previously sent for Opium at Lord Of The Mics 6. 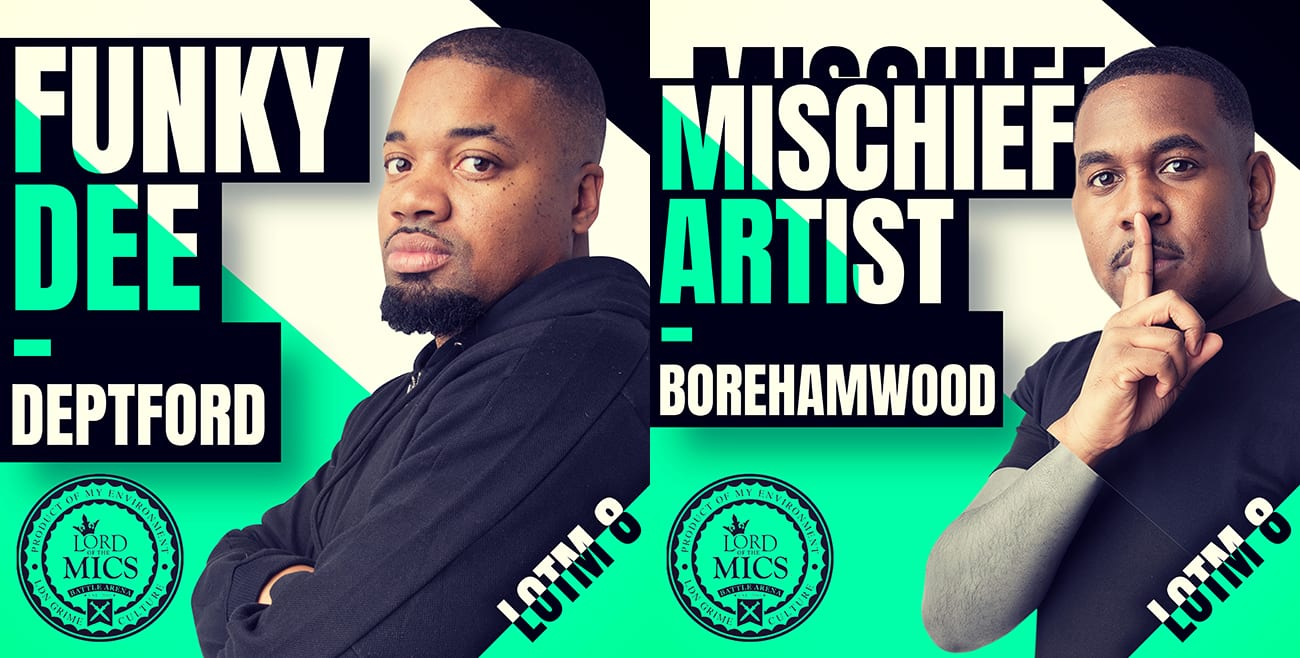 Known for his ‘Are You Gonna Bang Doe’, Funky Dee is stepping into the basement for the first time on a lyrical flex, going up against Hertfordshire MC Mischief. 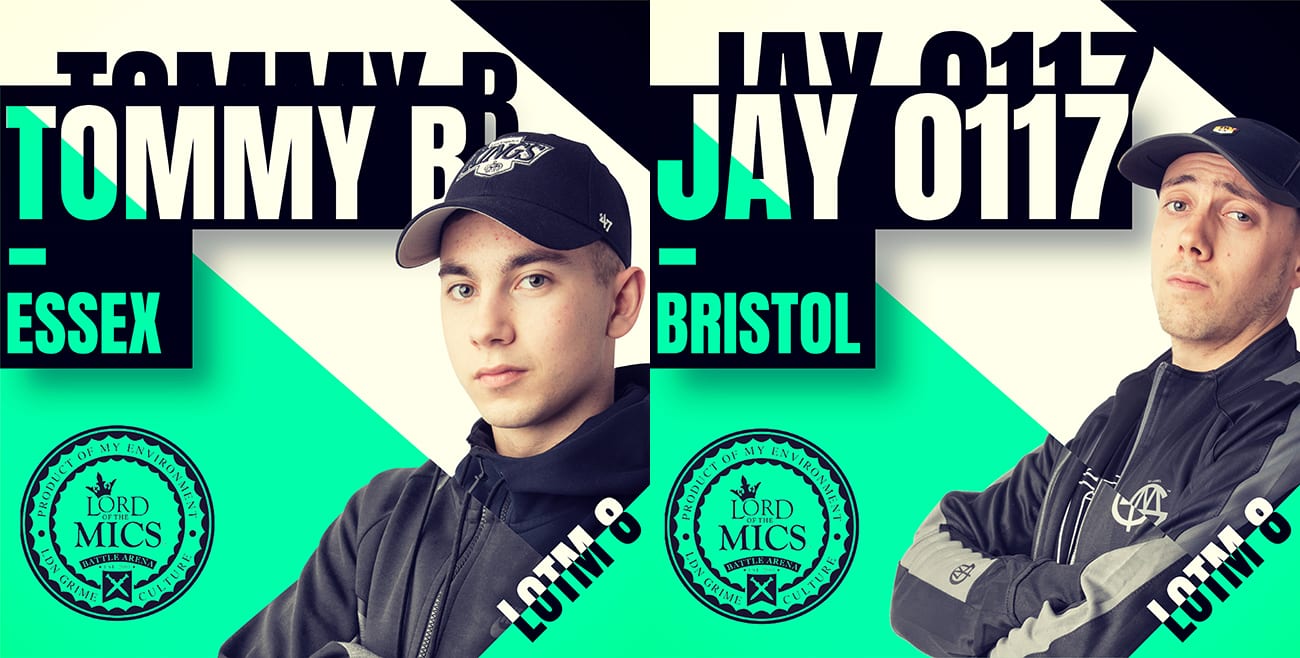 Essex rhymer Tommy B put out his Racing EP as well as a few videos and freestyles here and there, while Jay0117 is flying the flag for Bristol and paid homage to his hometown last year with ‘Bristol City’. 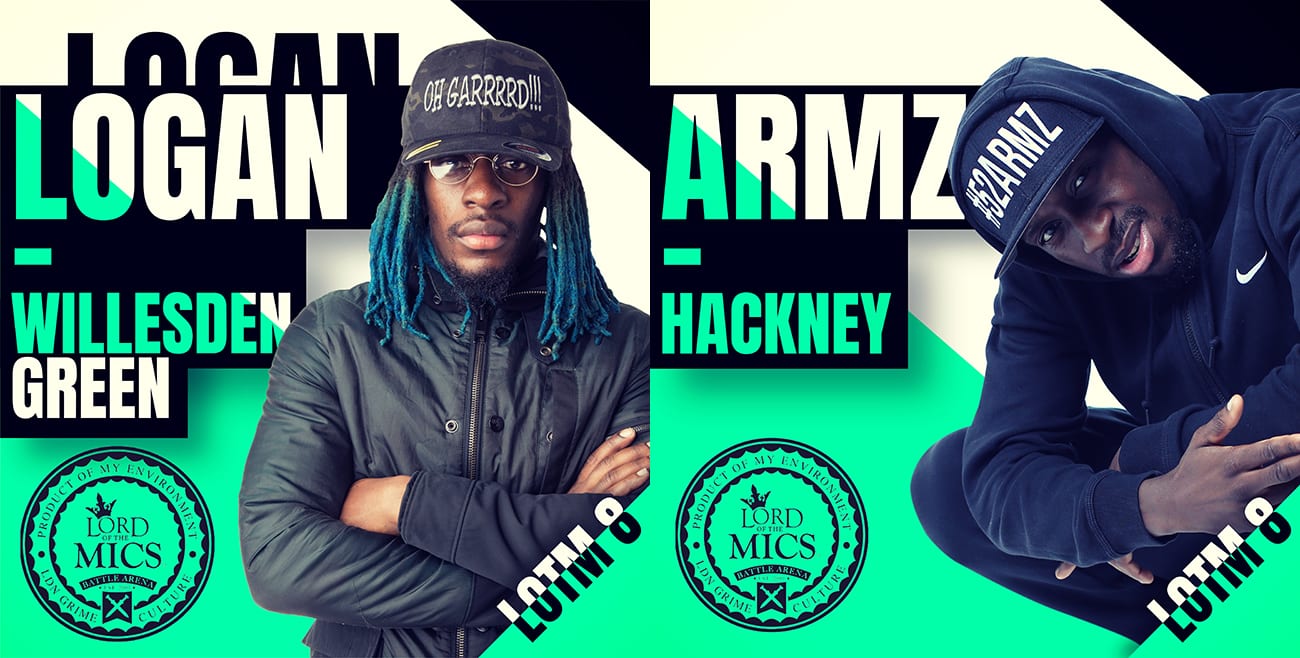 Armz has been around for quite some time now where as Logan is a fresher face, so what will triumph – the experience of having done it before or the fearlessness that comes with starting something new? 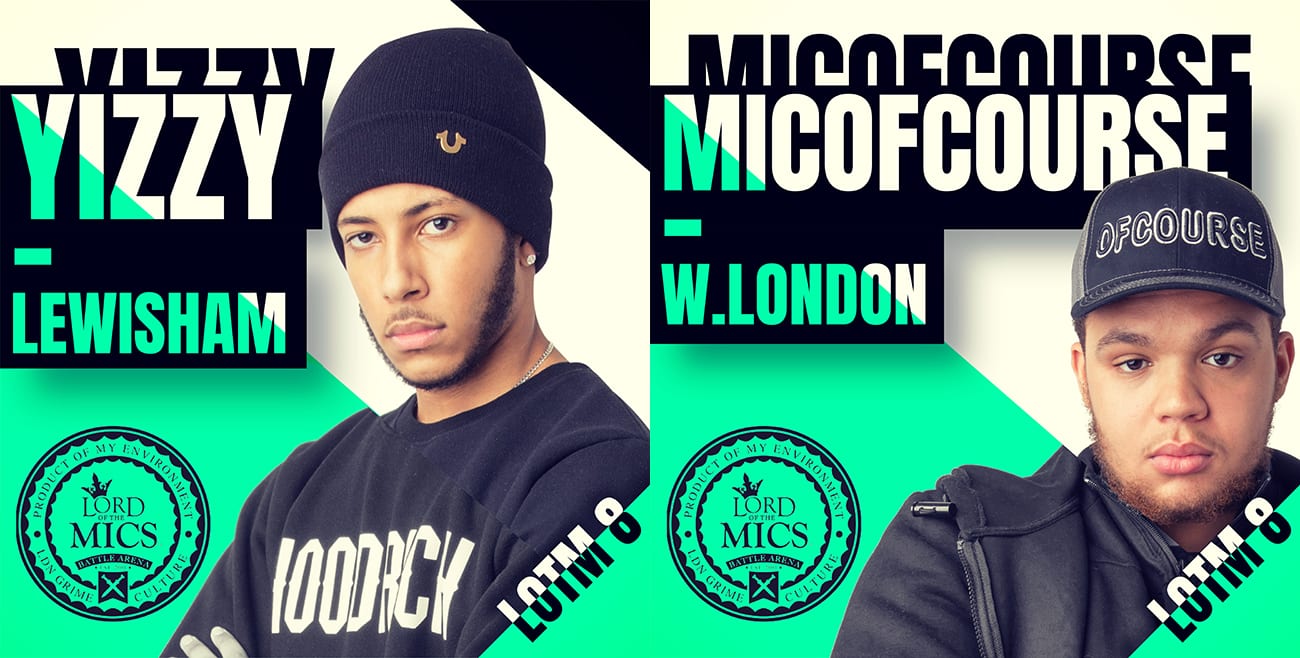 Lewisham lyricist Yizzy and MicOfCourse have already clashed before and have exchanged a few words on social media in the run-up to this one, with both MCs confident of burying the other. This is a rematch you don’t want to miss. 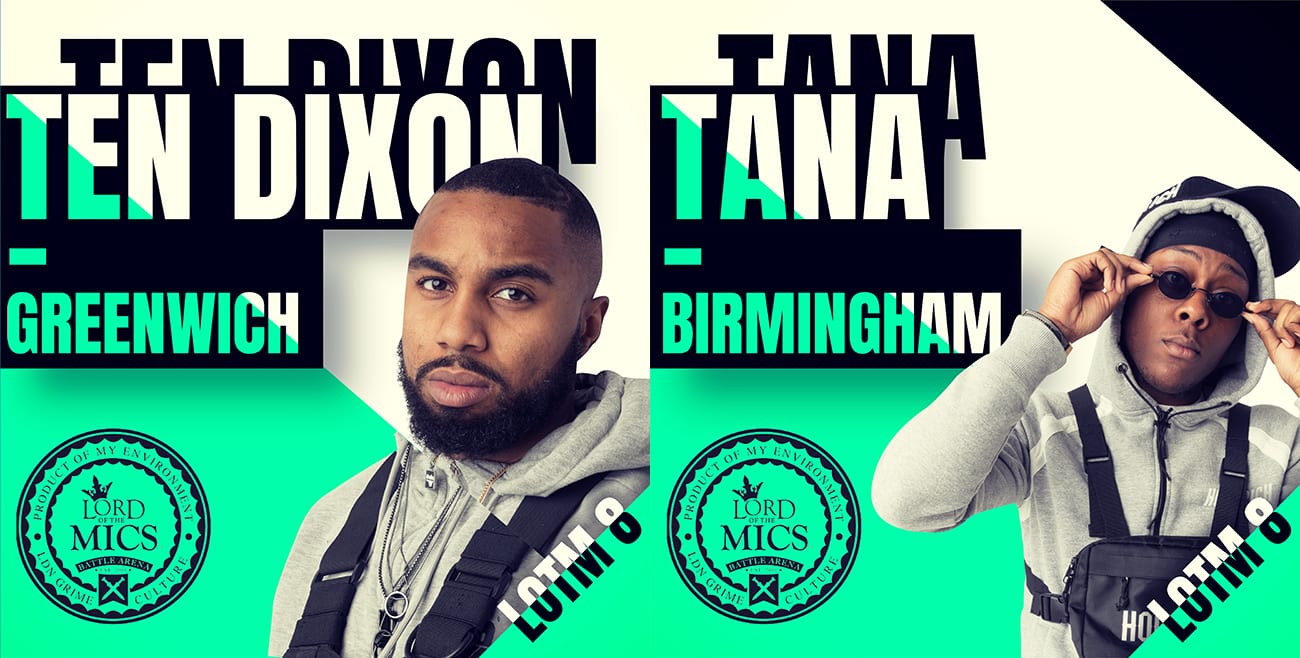 London MC comes up against Invasion Crew member Tana, who has been building a steady buzz for himself, which has included supporting fellow Brummy’s Mist and Jaykae on tour. 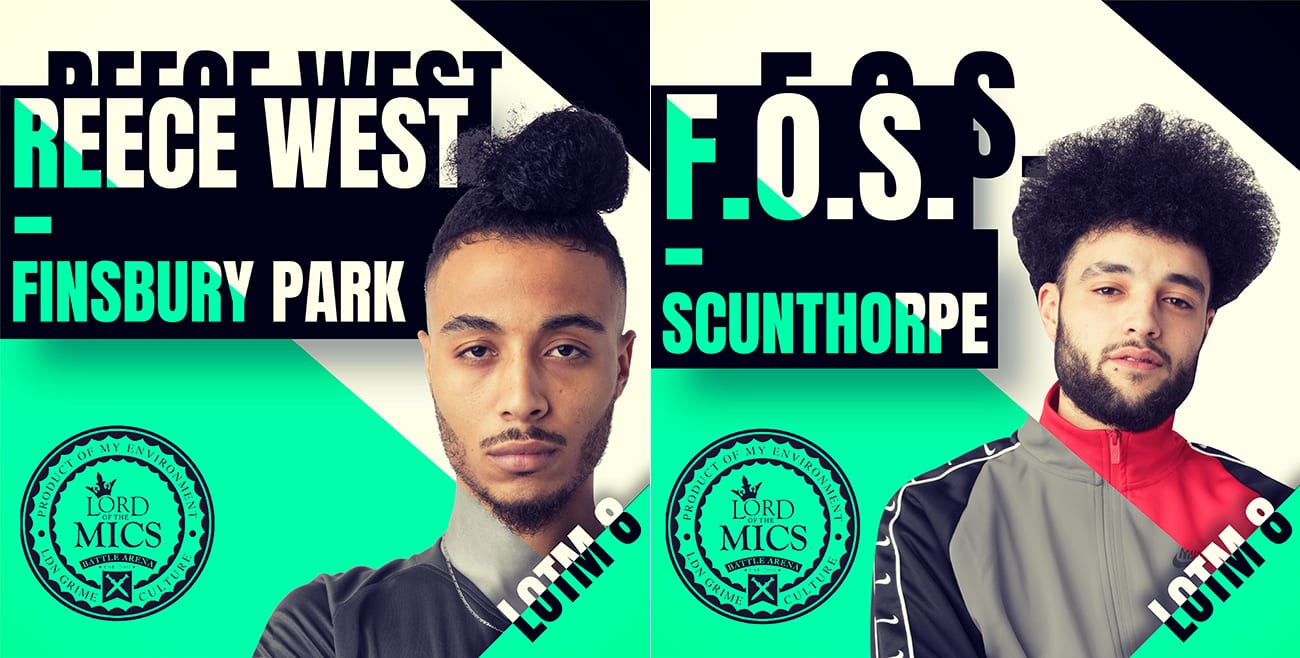 Reece West has been on the scene for a while now, putting out a variety of tracks and sets to build his name. He will take on Scunthorpe MC F.O.S in another eagerly-anticipated clash. 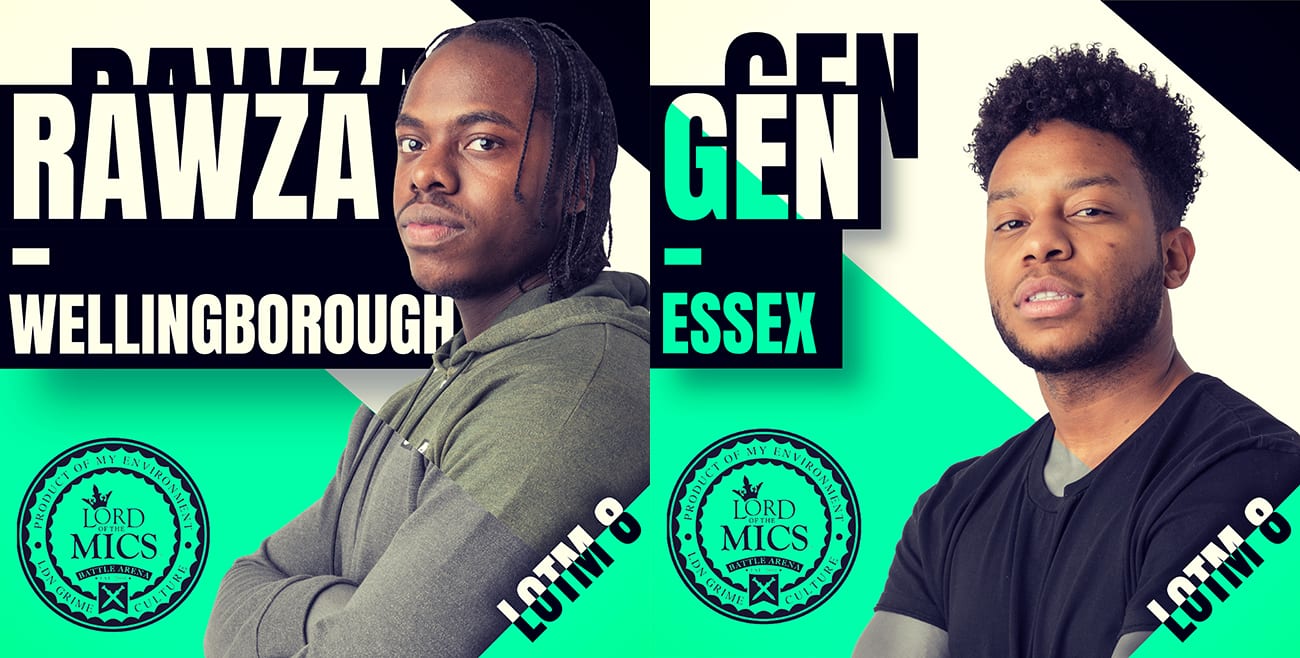 Rawza and Gen’s clash is one of the most anticipated of any at Lord Of The Mics 8, with the former MC claiming he’s an underdog. Keep a close eye out for who wins this one. 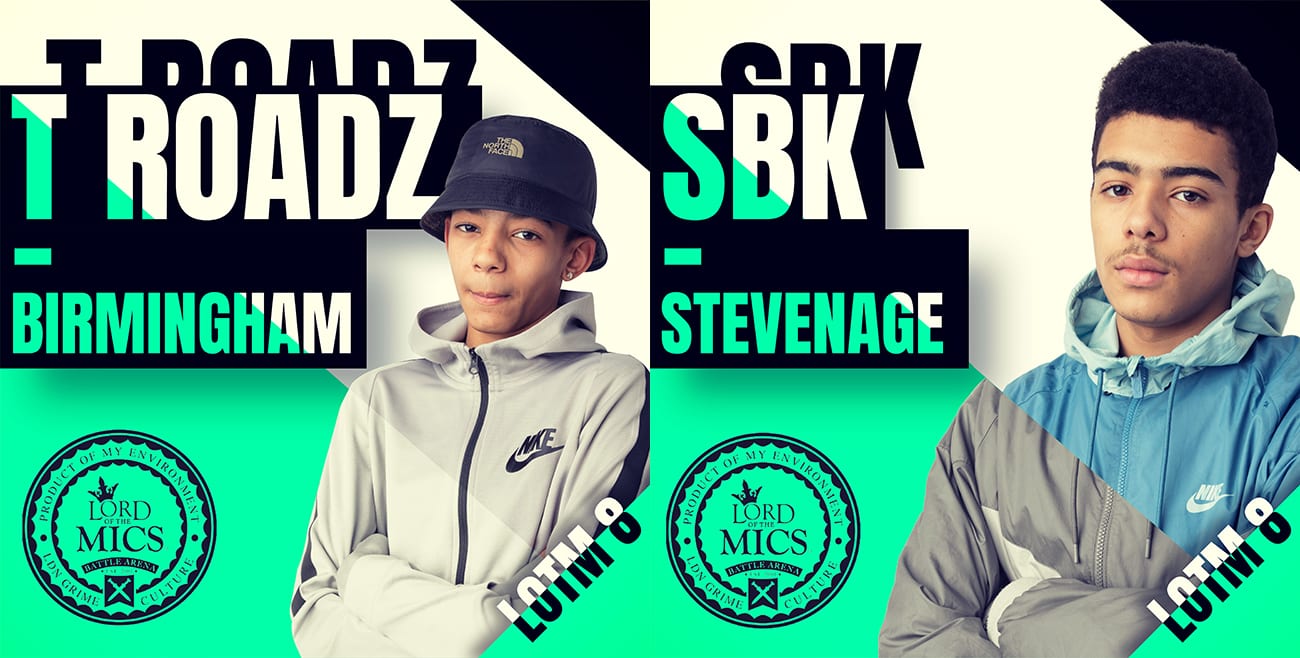 These two MCs have already exchanged war dubs earlier this year. SBK kicked things off with a send before T Roadz replied with ‘Warning’ back in January. At Lord Of The Mics 8, things will get settled once and for all.