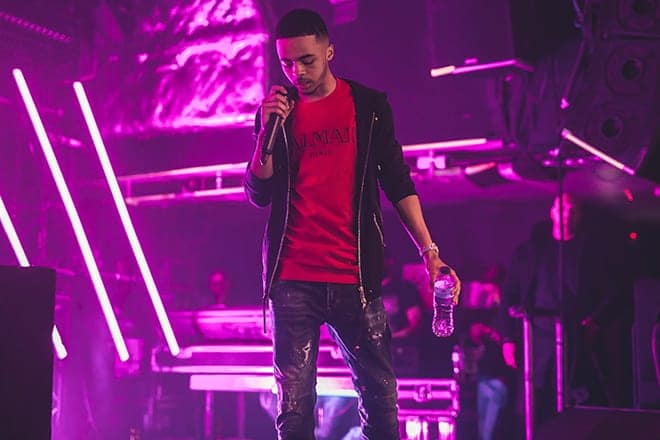 Posted at 13:32h in All Articles, Events by Ajay Rose

Back in November, Loski opened up for K Trap at his headline show at the 02 Islington Academy. He only performed a few tracks, namely, but in the limited time he was on-stage, he had the place going nuts.

Fast forward five months, and Loski was back at that same venue, only this time, headlining his own show, and he stepped that energy up a level alongside a number of special guests.

Kenny Allstar warmed things up before the Harlem Spartans rapper took to the stage, playing a number of drill anthems from the likes of M Huncho, Headie One and K Trap.

Before he took to the stage, there was time to take in the crowd, including one junior who couldn’t have been older than 15 alongside his mum. Loski brought everyone out, young and old, mothers and sons.

He kicked things off ‘Hazard’ and a few tracks from new Call Me Loose mixtape, including ‘DJ Khaled’. Shortly after, he returned the favour to Trap and brought the Brixton Hill artist out to perform ‘David Blaine’, following that up with renditions of ‘Money and Beef’ and ‘Teddy Bruckshot’.

Headie One then took to the stage alongisde Loski for ‘Drill’, before performing his latest hit, ‘Banter On Me’, as well as ‘Know Better’, the first of a few guest features in quick succession. Shortly after we saw ‘London’s Calling’, with Avelino, Posty and Asco taking to the stage, with the latter artist performing ‘So Litt’ after.

Loski ended the show with a reminder of his ability to take drill music into new spaces. ‘Forrest Gump’ and ‘Cool Kid’ have caught the attention of Drake and Stormzy, as well accumulating millions of views of in just a few months.

Both tracks are clear illustrations of Loski is taking drill into a cooler space, transcending gritty and violent content matter to a wider audience. Both tracks had the crowd losing their mind to cap off of an energetic performance.

Check out these video highlights below: