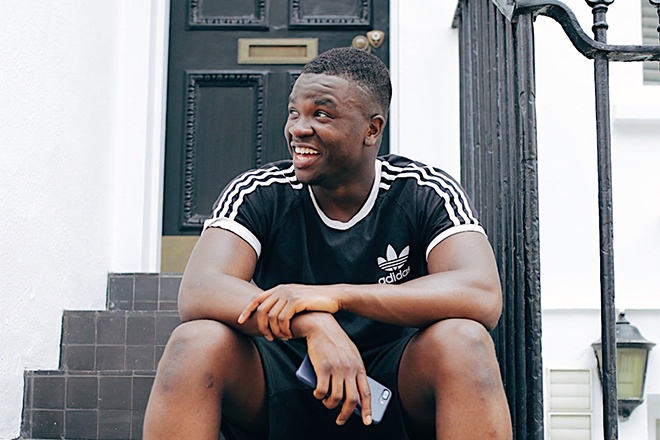 25 Jun 2017 Michael Dapaah Interview: Instagram and #SWIL has gained a huge following, but the best is yet to come

MICHAEL DAPAAH INTERVIEW – April 2017 saw Instagram hit the 700 million user mark, twice the size of Twitter and knocking ferociously on the door of the billion users club in which WhatsApp (1.2 billion) and Facebook (1.8 billion) exclusively sit. By the end of this year, the social media platform should surpass 800 million active users, thereby doubling the following the 400 million users they had in 2015 after five years of much slower growth. Like Instagram, the company who spent years building before experiencing a burst of monumental growth, Michael Dapaah, content creator, comedian and presenter, is following a similar trajectory.

Whilst Instagram grows at a rapid pace, so to does Michael Dapaah’s following on the platform, which now sits at 123,000, 100,000 more followers than he had in March 2017, a figure which will only continue to rise. Although, being able to create content which can consistently pile up crazy figures, increasing the number of viewers each time and building a genuine fan-base, doesn’t happen overnight. Far from it. 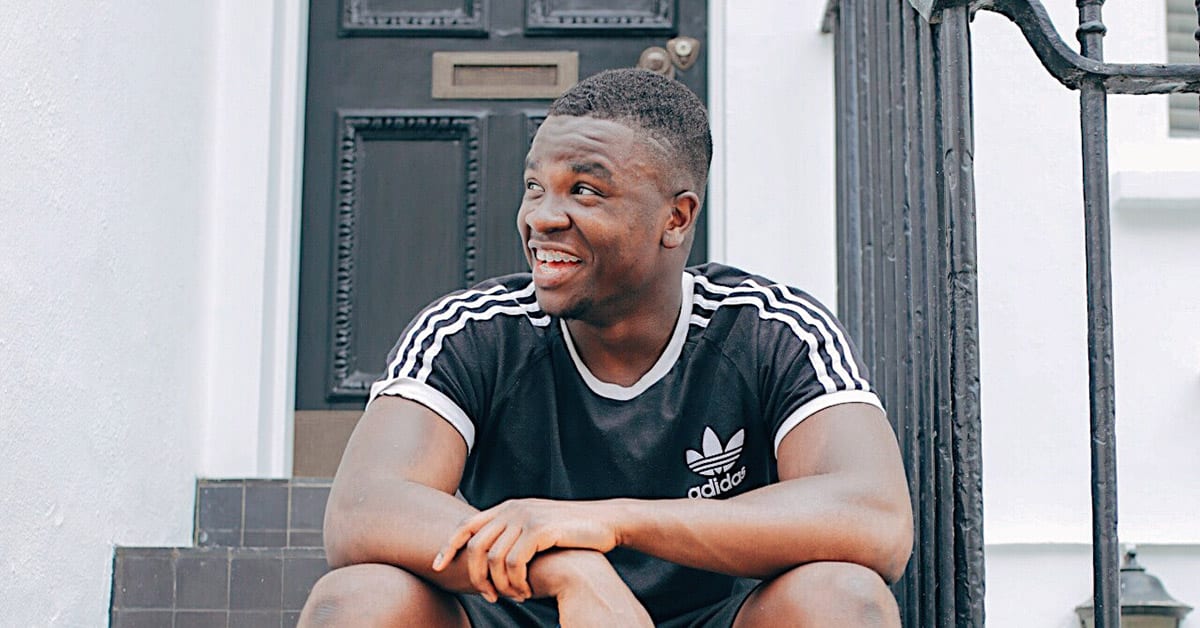 “We were doing little clips for a while, but inconsistently, probably for a couple years, just putting out videos here and there whilst I was studying and still finding my feet as an individual. There was a stage where I wasn’t too sure about the direction I wanted to go in, and when you’re not sure, you can be in a space where you’re not doing anything, because you’re trying to get things all perfect. I took some time out and I was writing for a while, writing content for #SWIL, because I knew I wanted to build a show.

“Someone looking from the outside might think it’s been quick, but this has been years of graft. People don’t see what goes on in the background to be able to produce this stuff or to be able to even cut a good video. I’m very adamant on making sure I put out quality content, I don’t just put out garbage. I think it’s just like with anything, if you put out quality stuff and you’re adamant, people will eventually catch on.” 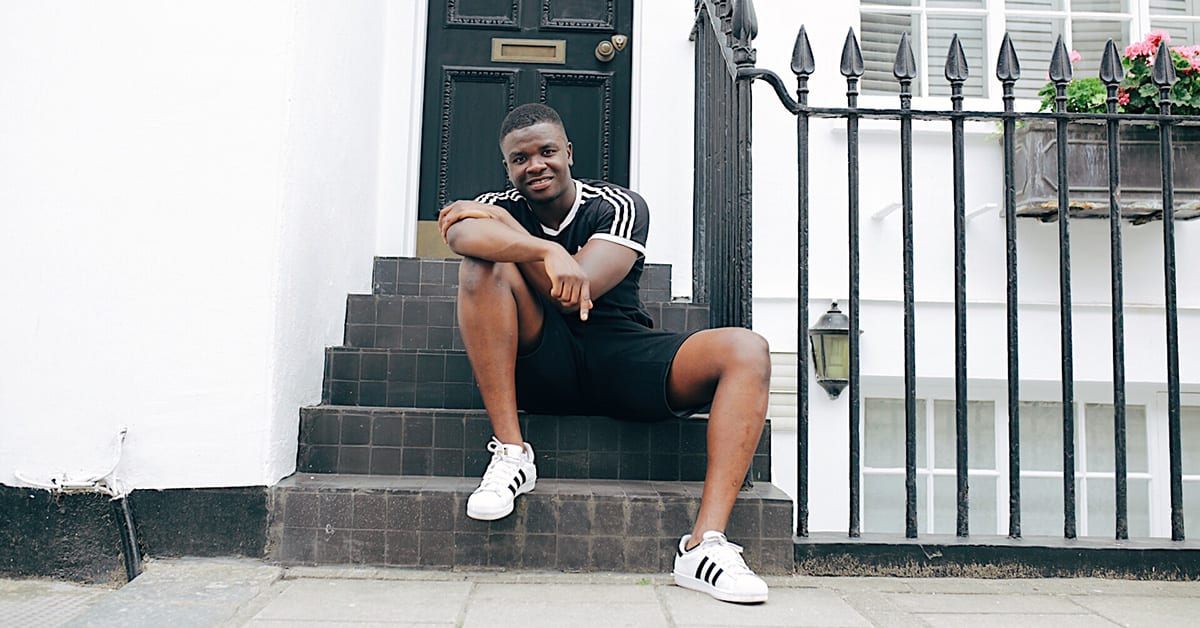 The likes of Dr Ofori, Quakez, Patrick, Shaq and Roger, to name a few, are all viral creations of Michael Dapaah’s which have helped him accumulate over 5 million views across 61 videos on his Instagram page in 2017 alone at the time of writing. That’s on top of the 500,000 views which #SWIL, his web-series consisting of 30-minute episodes, has accumulated. Hence, it’s fair to say those characters have gone far, but how did they even come about?

“I think there was a day where I just felt creative, so I was working on four characters at the same time. I already had the skeleton of what I wanted to do, so once I had the skeleton, it was easy to try and meat it up, where I wanna take this character, playing around with costumes and what I wanted to build. Eventually, we built four characters at the start, Dr Ofori and Patrick, who both didn’t originally have the names they do now, along Ziggy and a character called Roger, who is of Caribbean descent, which a lot of people like and ask to bring out. Those were the ones I started with, then developed those characters and new ones as time went on, and from there it’s just been one thing after another. Just more development.” 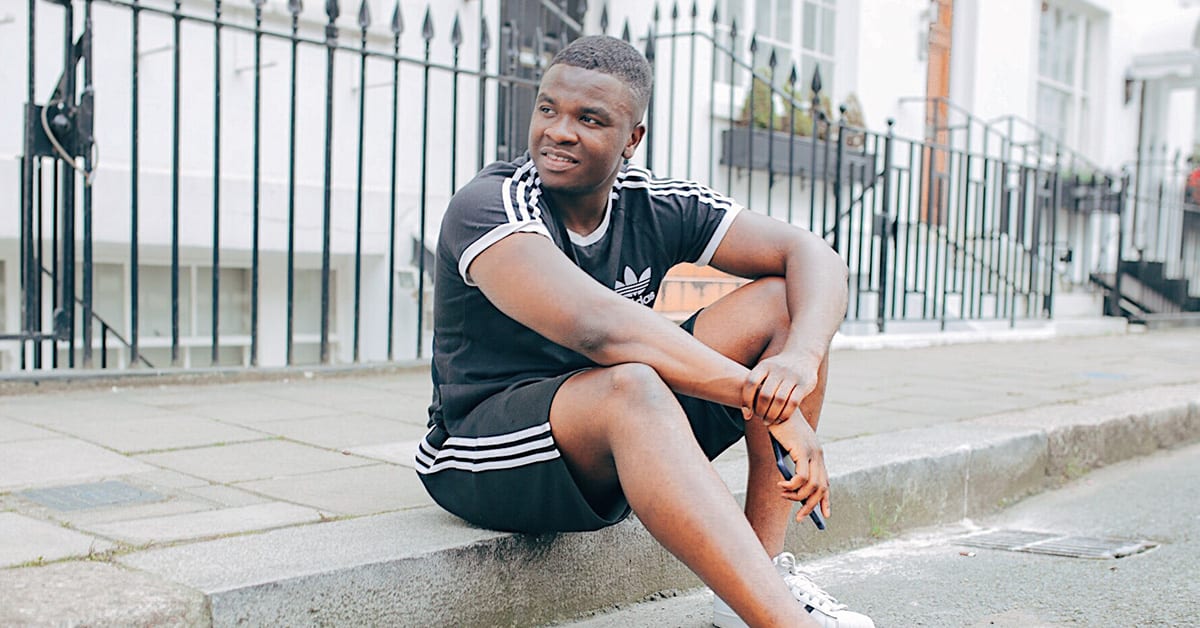 A post on February 12 of this year saw Michael Dapaah thank his followers for reaching the 10,000 mark. A month later, that number stood at 20,000, and now, lurks around 130,000. One factor in play here is the presence of #SWIL, short for ‘#SomewhereInLondon’, a space in which these short viral Instagram clips can manifest into something much more. Something with more legs than a 60-second video, simply because, keeping someone interested in 30 minutes of whatever is your doing is a much tougher task, a challenge which #SWIL has openly welcomed.

The mockumentary features a range of hilarious characters, Dr Ofori, Patrick, Quakez and more recently, Shaq, with each episode possessing a delicate blend of a light storyline and off-the-cuff comedy to keep you laughing. What inspired the decision to release a mockumentary? Why that form of comedy over any other? 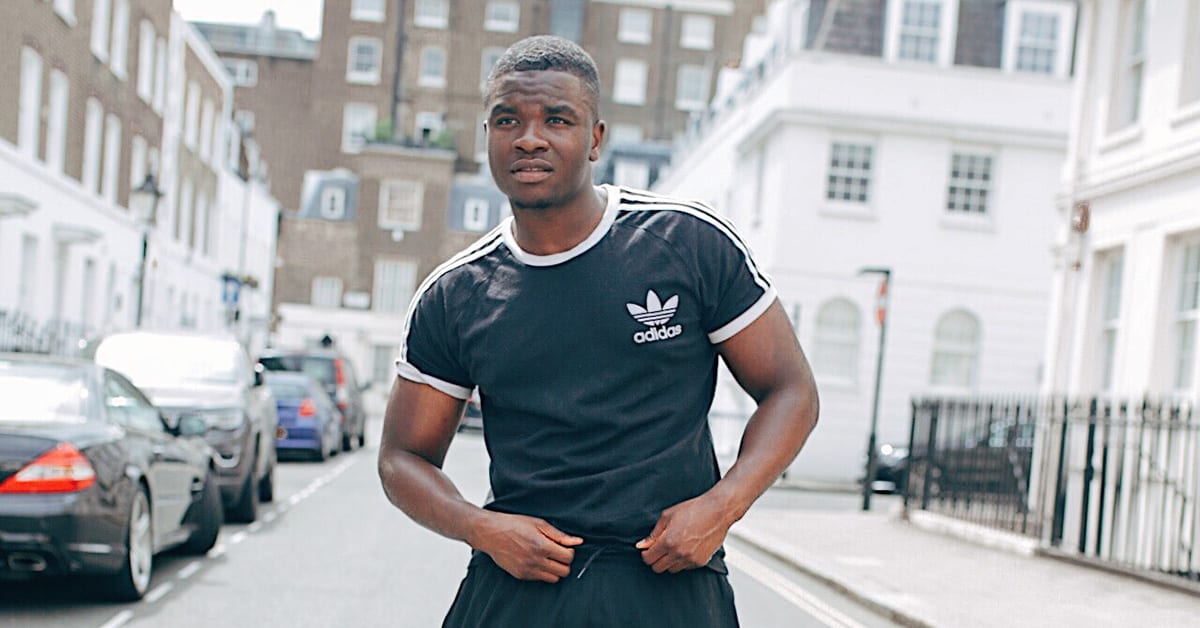 “I’ve always loved mockumentary comedy from a young age. I used to watch Ali G, then as time went on, I watched the Little Britain guys, Matt Lucas and David Williams, who developed something called ‘Come Fly With Me’, which I thought that was amazing. Ricky Gervais made ‘The Office’, which I thought was amazing as well, and I just feel with that style of comedy and that kind of entertainment, you have a bit more freedom. I like the fact that sometimes it’s quite guerrilla-style when you’re shooting it, and it’s not to cut-cut-cutty, because when it’s a bit too cut-cut-cutty, that gets on my nerves, because with this style of entertainment, you get to capture the moment, at that particular point. You see Sacha Bora Cohen do it with ‘Borat’, there’s a lot of times where he just catches the moment, and I think that’s sick” explains the man otherwise known as Dr Ofori, continuing with:

“Henceforth, I wanted to make that style of entertainment, and even closer to home, I always loved ‘Shadrack and the Mandem’, they were sick, they were the first kinda people that I saw do it from the UK, people from the ends trying to build something. Nicholas Marston and KG, take my hats off to them always, they were flipping sick. I’ve always enjoyed that, so you can take a leaf out of that and make your own. But this is not the first thing I’ve produced, I’ve produced other stuff before, that was online, but they’ve been taken down now.” 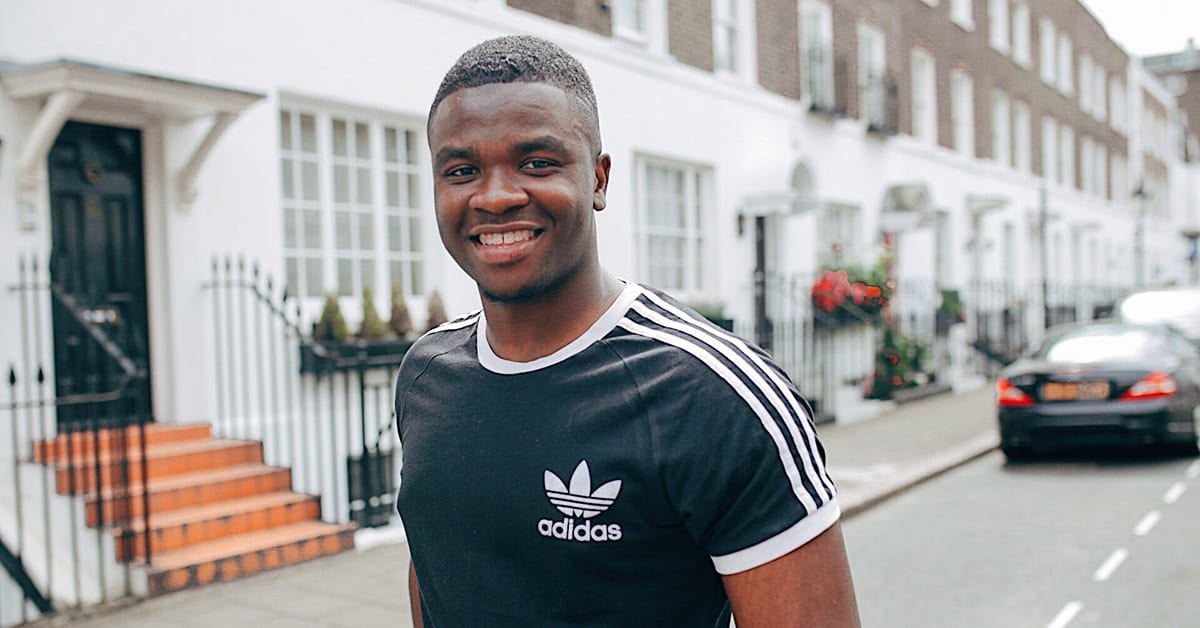 After the first four episodes, the web-series has 480,000 views. You can’t just hop from platform to platform and expect the same views without some form of building. Obviously, if you’re Beyonce then it’s whatever, but if you’re someone making guerrilla-styled videos from home, you can’t expect to go from gaining 100,000 views from short Instagram clips and expecting those same views with 30-minute YouTube videos just because your gram pops off. A 30-minute show is a commitment, a short video is a quick watch, so I asked Michael how he’s found the transition from shorter clips to an actual show:

“Now obviously not everybody can make that transition from Instagram to YouTube, and we’ve seen other people not been able to do it. But you gotta be patient with it, when you’re trying to create something which is of value, you don’t wanna rush it, so with the YouTube show, I was probably writing for about eight months. Just mixing ideas, going café, just writing, writing, writing, no one didn’t really know me like that back then, I was out there, so I could just do my thing.

“And I believe in my work and the gift I’ve been blessed with. That’s literally been it. Partnering up with Marv Brown films has been a blessing as well. He’s brilliant, he focuses on excellence in the field of producing, filming and directing, and I focus on the excellence in the field of creating content, developing characters and being a visionary when it comes to developing scenes. Joining the two worlds together makes a great partnership. That’s my brother right there”. 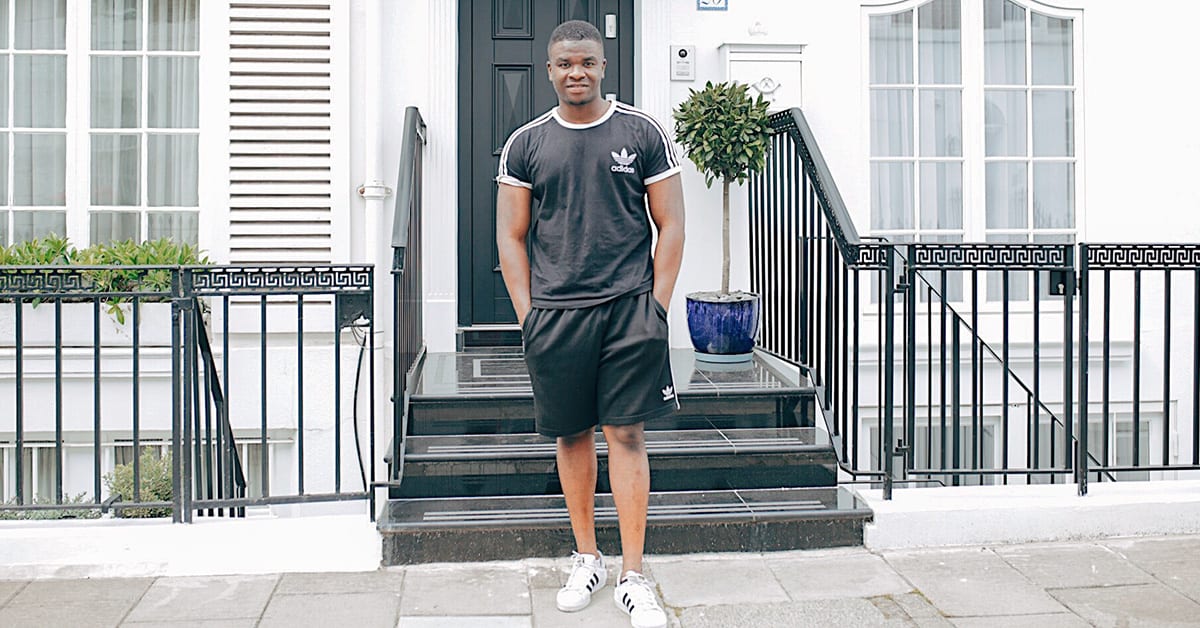 By 2019, it’s predicted that 80% of the internet’s traffic will be video-based, hence, there is a lucrative benefit to be found in not only being a popular making video but one capable of producing keeping viewers occupied for half an hour in a time where goldfish (17 seconds) are said to have higher attention spans than humans (8 seconds). So why risk longer content? Why not stick to the safer route of shorter content?

“People have more respect for you because they know you can do long-form. A lot of the audience got to the stage where they wanted more, they wanted to see a bit more of this character, bit more of that, bit more of you. Once they got more, they become satisfied, they were happy, so from there, #SWIL has got its own cult following, and that’s what I like. They’ve taken to what’s been produced and I’m just grateful for it. One step at a time.” 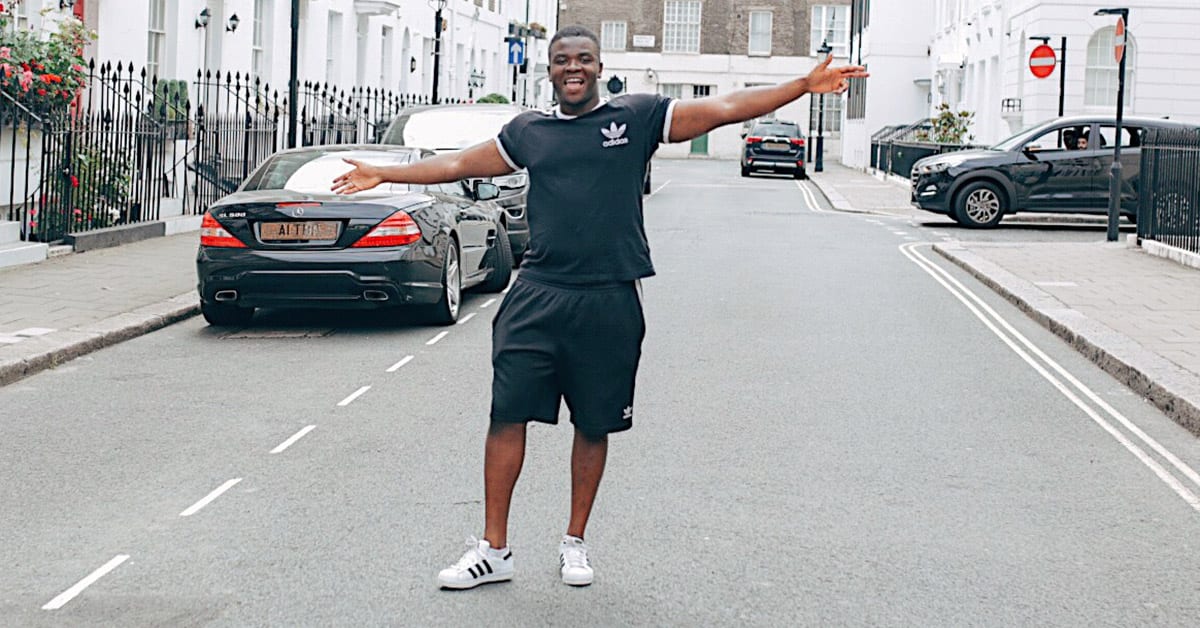 Among his growing list of followers are many famous faces: “With Drake, it’s just love man, he shows love and I’m a big fan of his. I like his music, his work ethic and what he represents as an individual and I think it’s sick. He could reach out to anybody, there are thousands of people trying to do this, so for him to reach out to man like me in the UK… it’s amazing. There’s a lot of other people that shown love to” says Michael, before he explains which UK-based faces have also warmed to his content:

“Andy Cole… old school. I used to watch Andy Cole when I was growing up packing it in. Jesse Lingard, UK rappers like Krept and Konan, Stormzy, Fekky, Giggs… Giggs, that’s my dude there, mad love. Reggie Yates, I used to watch Reggie Yates growing up, man used to watch him on Smile on BBC Two on Sunday’s, so Reggie Yates is like the don. Twin B, Charlie Sloth, the names are endless. Melvin and Ricky from Kiss FM, Manny Norte, these are the guys that have consistently shown man love. I’m just grateful.”

Michael Dapaah has relentlessly built up a cult following for his comedy ventures, although, it feels like he is just scratching the surface. It’s one thing to have a viral social media account, another to build a genuine career. Bold moves to embrace longer forms of content, multiple characters and other ventures aside from comedy shouldn’t be overlooked, as Michael Dapaah is one of a select few at the forefront of online UK comedy, and this is only just the start.

All photos by Zek Snaps. Find more of his work here