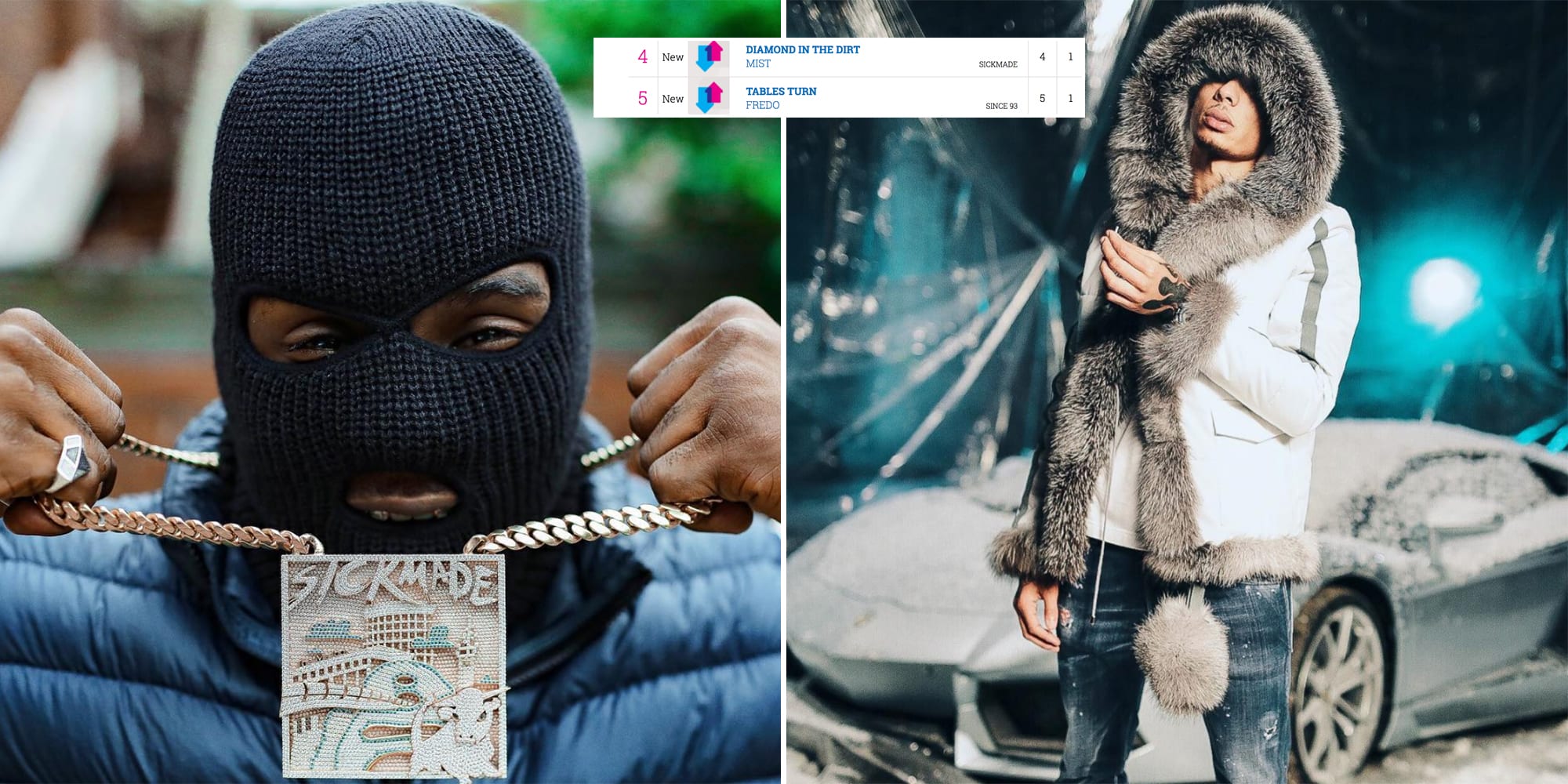 Posted at 02:23h in Uncategorized by Ajay Rose

Mist and Fredo have set the bar high for releases in 2018 already with a double-placement in the top 5 for their latest projects, Diamond in the Dirt and Tables Turn at #4 and #5 respectively.

Steel Banglez took care of most of the production on the EP, catering to a range of sounds with collaborators including Nines, Mr Eazi, Fekky, MoStack, Jessie Ware and Not3s, Haile and Swifta Beater.

Mist recently took to Kenya for another movie-like set of visuals for ‘Game Changer’, which scored the MOBO winner his first top-4o singles when it charted at #35.

Fredo had a strong 2017 and just put out banger after banger, so it’s only right that his Tables Turn mixtape put up stellar numbers.

Neither project was an album, either. Mist’s was an EP and Fredo’s was a mixtape, but they join the likes of Giggs (Wamp 2 Dem) and Bugzy Malone (King of the North) in charting in the top 5 with non-albums and mark a landmark in week in UK rap.