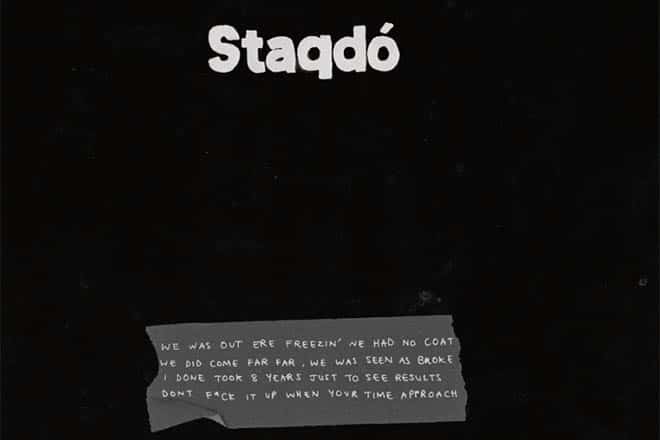 Posted at 02:21h in Uncategorized by Plugsville

The Hornsey rapper brings his typically cheeky flow and glides across the beat to kick off 2020 with a bang, with producers iLL BLU providing the instrumental. He headed out to the Maldives to shoot the exotic-themed video, which you can watch below.

‘Staqdo’ sounds like a play-on-words of his debut album, Stacko, which was released back in June 2019 and debuted at #3 in the album charts. As well as that, the project also contained two top 20 singles in the form of ‘Shine Girl (feat. Stormzy)’ and ‘Stinking Rich (feat. Dave & J Hus)’ at #13 and #19 respectively, with ‘I’m The One (feat. Fredo)’ clocking at #39.

MoStack was also recently announced as one of the performers at this year’s Wireless Festival, which has now sold out and appears to be gearing up to release a batch of new music ahead of summer 2020.