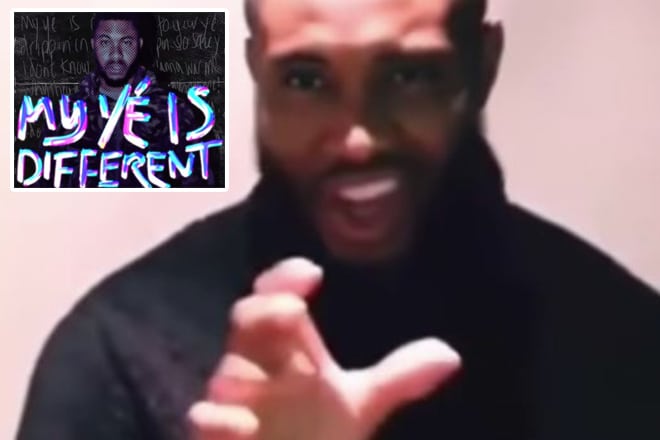 19 Nov 2018 My Ye Is Different To Your Ye: Osh unleashes music video for viral meme clip

Posted at 21:11h in Uncategorized by Plugsville

My Ye Is Different To Your Ye – Internet sensation, Osh, has released the full version to one of 2018’s best viral clips.

His remix to Burna Boy’s hit, ‘Ye’, hit the internet and became entrenched in social media folklore. The clip, which features rapid hand movements and a classic black fleece, spurned many different memes that helped the track gain incredible traction.

Within 24 hours of ‘My Ye Is Different To Your Ye’ hitting the world wide web, Osh had received at least a few million views across Twitter and Instagram, as different social media pages shared it accordingly with a range of captions.

Before he posted the clip, he had no more than 2000 followers on Instagram, but now has over 37,000. That quick burst of extreme popularity helped him secure a record deal with Colombia Records, as well as appearing on Dotty’s show on BBC 1Xtra.

Unlike many viral music stars, Osh shot to prominence with a sense of ‘this video is funny, but you know what? This track isn’t bad, you know’, which translates into the full version. Using a different instrumental from Burna Boy’s ‘Ye’ beat, Osh emphatically displays his vocal range, suggesting he has more to offer than merely funny clips.

Stream Osh – ‘My Ye Is Different’ on Spotify, Apple Music or on YouTube below: