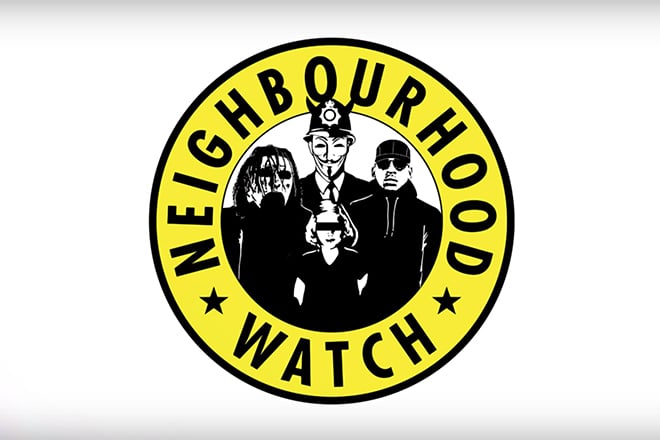 Posted at 01:39h in Uncategorized by Ajay Rose

Neighbourhood Watch –  Skepta has linked up with some of the drill scene’s finest for his latest release.

67’s LD provides a dosage of his typically lyrical and to-the-point brand of rap, such as assertions that liken him to being drill music’s ‘godfather’. Skeppy takes care of the hook with a verse of his own, behind the typically hard-hitting type of instrumental Carns Hill has become renown for.

The Boy Better Know member has been active on the feature-front as of late. Some of his recent guest appearances include the platinum-certified smash ‘Praise The Lord (Da Shine)’ with ASAP Rocky. He also featured on ‘DYED 2WICE’, alongside Lancey Fouxx, ‘Energy (Stay Far Away)’, with Wizkid, and of course, ‘Money Right‘.

The latter track, a rare collaboration between Skepta and Dizzee, drew heavy criticism from Wiley. To listen to ‘Eskiboy’s’ comments in full, click here. Plugsville explored the long-standing feud between Wiley and Dizzee Rascal, Skepta and grime’s competitiveness in the latest episode of Plug Talk podcast. You can listen to episode here on SoundCloud or Apple Music.