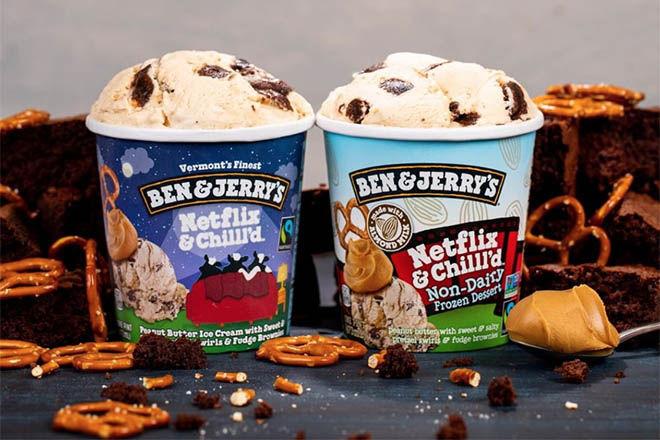 Posted at 16:40h in All Articles, News, News Main by Plugsville

Ben & Jerry’s have released a new Netflix ice cream inspired by one of the internet’s more popular phrases in recent years called ‘Netflix and Chill’d’.

This pint-sized offering boasts a mouth-watering combo of ingredients – peanut butter dairy ice cream with sweet & salty pretzel swirls & brownie pieces, designed to satisfy ‘any sweet or salty snack craving’. Speaking on the new flavour, CEO of Ben & Jerry’s, Matthew McCarthy, said: “This is the perfect pairing between Ben & Jerry’s and Netflix, to bring more magic to millions of fans (taste buds) across the globe.”

COMING SOON TO FREEZERS!
It's not a show. It's not a film. It's a Netflix Original Flavour.

‘Netflix and Chill’d’ isn’t the first instance of Ben & Jerry’s venturing into the world of combining ice cream with popular culture, having introduced a limited-edition deep-fried fish & chips-inspired idea back in 2019.

The ice cream itself didn’t actually taste like the British classic, thankfully, but instead attempted to mirror fish and chips in frozen form by coating their Phish Food ice cream in a cornflake batter before deep-frying and serving alongside salty pretzel chips, sweet raspberry ketchup and mascarpone tartar sauce. 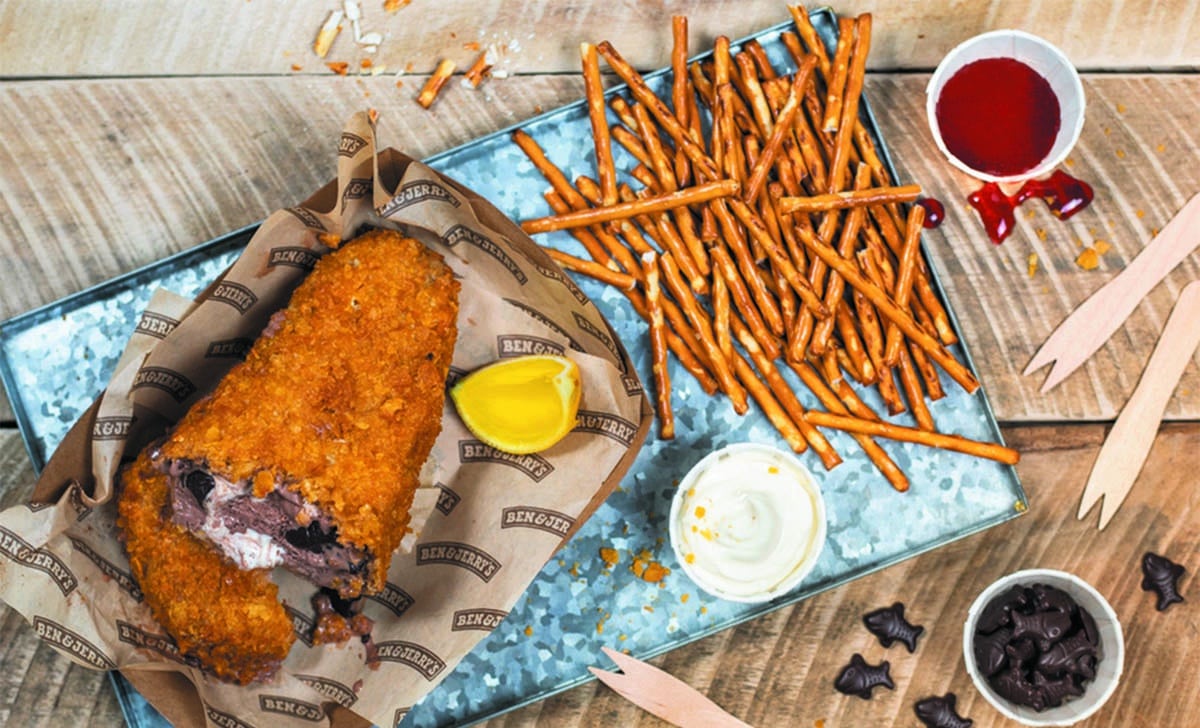 At the time of the release of its fish and chips-styled flavour, a Ben & Jerry’s flavour guru said: “We hope our Phish & Chips experimentation – hot and cold, soft and crunchy, sweet and salty – reels in a treat that will have ice-cream lovers hooked”.

Unlike their fish and chips flavour, which was only available to purchase from their Soho Scoop Shop during summer, their new Netflix ice cream has been given a bigger push, as it will be available to purchase in 20 countries worldwide. It would seem that the combination of sweet-and-salty ice cream paired with famous cultural references is a winning one for Ben & Jerry’s.

British consumers will be able to purchase ‘Netflix and Chill’d’ in UK supermarkets for £5.49 from February 2020 onwards.