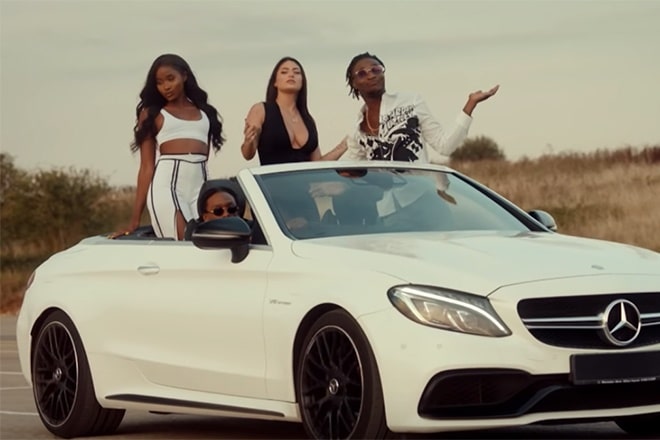 Posted at 11:24h in Uncategorized by Ajay Rose

Two of the East Midlands best upcoming artists, Young T and Bugsey, have been building up steam for a few years now. Their latest cut, ‘En Route’ pays homage to their ever-evolving rise in music.

‘En Route’ begins with light melodies and subtle wordplay from Bugsey, before transitioning into the catchy chorus. Young T then comes in later with a polished verse of his own, making for another well-rounded release.

The visuals, directed by KLVDR, is mainly shot in a car park-type setting, alternating between getting to their destination via a Mercedes G Wagon, BMW drop-top and chopper BMX bike. All three forms of transport help carry the theme of the pair being on their way to something a lot bigger.

Young T and Bugsey recently joined forces with Fredo and clothing brand Stay Flee Get Lizzy for ‘Ay Caramba’, a single which clocked the top 40 of the Official Singles Chart. Earlier this year, we saw the Midlands duo team up with Young Adz and Dirtbike LB for a New Gen-backed cut called ‘Favourite Girl’, while some of their old hits include ‘4x4’, ‘Gangland’ and ‘No Mickey Mouse Ting’, a track co-signed by Stormzy.

Young T & Bugsey are the coldest duo!!
The new song En Route is a banger ??