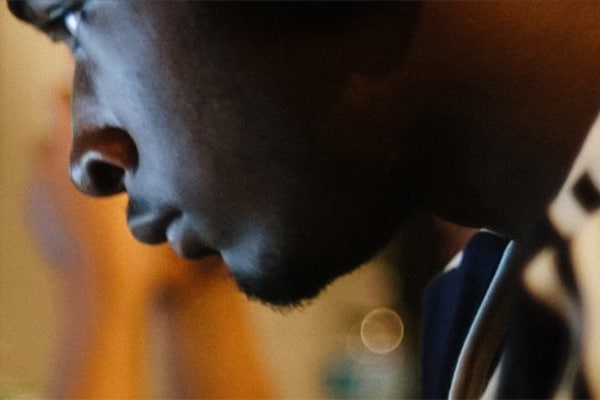 09 Sep 2017 Get 2 Know: Nyge, the producer behind many of your favourite UK anthems

Posted at 03:20h in All Articles, News by Byron Grant

You could say we’re in an era where producers are getting recognition for how they shape different genres. Often backed by a catchy ab-lib, producers are seeing more homage for their work than before, even if French Montana did forget who made ‘Unforgettable’, one of his biggest ever hits. As lyrical brilliance takes a back seat, in comes stellar production.

In years past, a producers recognition didn’t often extend beyond a quick shout-out at the beginning of the track. Today, their quarterback-like tendencies are firmly at the forefront, with that trend seeping into the UK scene. The likes of Steel Banglez, Heavytrackrz and JAE5 have almost become as recognisable as the artists they so regularly provide for.

Backed by his ‘this sounds like Nyge’ ab-lib, Nyge is carving a niche for himself as an influential producer within UK rap and grime. His catalog of bangers includes Section Boyz’ ‘Lock Arff’ and the remix with Skepta, frequent collaborations with AJ Tracey, like on ‘Pasta’ and ‘Leave Me Alone’, as well as Yxng Bane’s ‘Diamonds’. But beyond that exists a slew of beats for emerging artists too.

Nyge is part of New Gen and produced five tracks on their debut album, so it’s perhaps unsurprising to know that he regularly combines with the new wave rap and grime artists to get bangers out of the door regularly.

The likes of Bonkaz, TE dness and Yung Fume all feature prominently on his discography, including the latter’s increasingly-popular, ‘Look What I Did’, with Renz, Fee Gonzales and more also mixing with the beat maker.

It only takes listening to a few beats by Nyge to become immersed in the punchy baselines and rhythmic drums and snares that encapsulate a sound that “sounds like Nyge”. Despite this, Nyge is far from a one-sound wonder. Where some producers are instantly recognisable by a signature sound effect, vocal or tempo, Nyge is able to consistently mix up his cadences and flows, which simultaneously widens the scope of artists he can seamlessly collaborate with.

In what came as welcome news to fans, Nyge released a joint project with UK artist Lancey Faux – the man behind ‘About It’ – in July this year, titled “First Day at Nursery”. The project is surely due to be one of many from Nyge who, given his immense talents and potential, will no doubt continue to propel his name as one of the best in the UK scene.

‘It sounds like Nyge’ is something you can expect to hear for a long time coming.