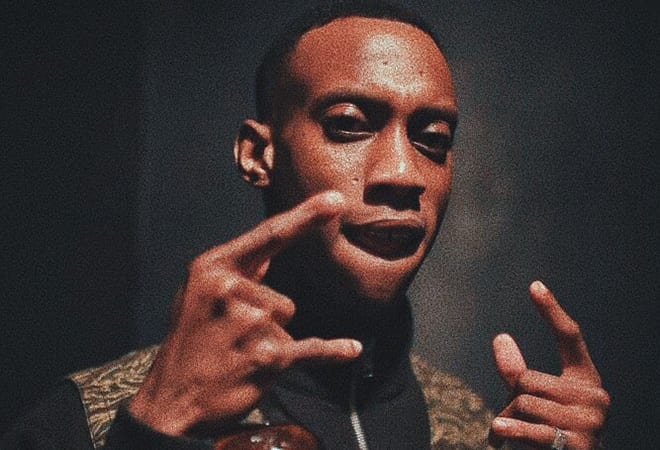 06 Feb Get 2 Know: Octavian is the eclectic rapper with a co-sign from Drake in a lane of his own

Posted at 17:14h in All Articles, News by Rhianna Patel

The French born Octavian moved to South East London at a young age after the passing of his father and himself sleeping rough after being kicked out at 15 and faced many uncertainties. But a BRIT school application laid down the roots for him to learn how to express himself musically, something he has since used to pursue music on his own terms, and those terms are certainly broad.

After recently dropping ‘Party Here’ and the visuals to go alongside which are vibrant and fit the lyrics amazing and only apparently costing £50 by directors Kill Farrell and Armin Druzanovic, it’s a must see, full of colour, authenticity and leaving you wanting to hang out with the cool kids. The simple art of the video resonates with who he is, fitting perfectly with his sound.

Octavian has shown that there is a major new wave of RnB coming combining the sounds of UK Grime and the US trap scene, and one that’s captured the attention of Drake. Drizzy plugged the song a few times, first at the Golden Globes and then at Off-White’s Fashion Week party on social media, aiding its popularity greatly.

A record deal with Black Butter records also fell on his lap recently, also the home of J Hus, another artist who’s success has come from creating his own lane rather than trying to replicate existing musical trends, much like Octavian.

His go-to producer JGBRM gave him a reckless beat that resonates with the sound of summer and being free on ‘Party Here’, and Octavian’s half-sung vocals at varying paces and tight flows give the listener a chance to enjoy the beats and soak in the sound.

Tracks like ‘100 Degrees’, which features House Of Pharoah’s Sam Wise and is produced by 012, showcase a darker edge to his music, with these indiviual efforts being coming together in the form of a project soon in an EP entitled Revenge.

You can’t box Octavian’s sound into one label either. Meshing together RnB, bashment, British hip-hop and grime into unique bundle, he is carving a lane with hard-hitting music but also a sound he can call his own, capable of dipping into a number of different genres. He is one of London’s hottest, most eclectic artists, sure to make a lot of noise in 2018.