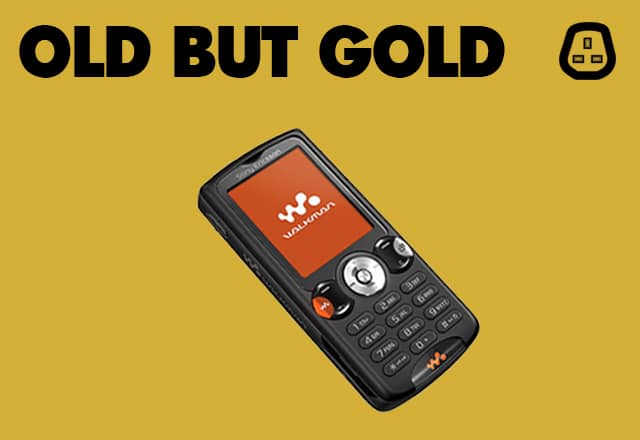 31 May Old But Gold: Why I miss the Sony Ericsson days

Posted at 01:19h in All Articles, News by Ajay Rose

CDs and Sony Ericsson’s have been replaced with Spotify and iPhone’s. We now have more choice and better technology than ever before.

10 years ago, if you clicked the internet application on your phone, it was a red flag. You’d panic and hope that those two seconds you spent online didn’t take away all your credit. The main cross-over between the online world and a Sony Ericsson W810, was when you were downloading themes or using  a completely legal, verified and acceptable medium to download music.

For me, it was Sony Ericsson’s. The in-built music player set it apart. It even had a small orange Walkman button, which combined with the ability to download so many cool themes and games, was enough for me to go through a few different models growing up. For you, it might have been a Tear Drop, or some other Nokia, before they fell off, or something else.

Whatever the device, if you were someone who once used Bluetooth to find new music instead of the internet, below are all the reasons why the Sony Ericsson days were just unrivalled.

You were basically an A&R

A&R’s are tasked with the responsibility of finding new artists. A young person with a Bluetooth capable device growing up in the mid to late 2000s also fits that description.

Around a decade ago, you had to hunt for new music. Naturally, some people had more MP3 files to offer than others, but it wasn’t available in a few clicks. You had to talk to people and ask them what music what they had on their phone and buy CDs.

The internet came into play eventually, but it wasn’t what it is today. If you found some mad banger on MySpace or some random mixtape on DatPiff, it wasn’t a process of clicking a few buttons and having so many playlists and opinions dictate what’s what. It was just all uploaded in once space. You had to sift through it all to find what’s what. The quest of actually finding new music, instead of getting it all spoon-fed through apps, had its dividends and births fond memories.

Downloading mixtapes and having to edit the tracklist yourself while also trying to find album artwork was time-consuming but rewarding. Sending a song over Bluetooth meant you had to stand within a small radius of someone to ensure it sends. If you moved too far, you had to start over again. In desperate times you tried Infrared and literally had to make sure the two phones were facing each other to ensure the file sent.

Whenever you did find a new piece of music that you’re friends hadn’t yet come across, anytime that person played that new track in-front of me, they were contractually obliged to include a disclaimer about how it was me that sent them that track and birthed them. It’s just the way things worked back then.

Nowadays, companies like Spotify and Apple Music make many millions each year helping us find new music, an undeniably better situation than what we had ten or so years ago. But the sense of satisfaction you got from finding new music back then, was like no other.

Because you spent so long trying to acquire new music, you appreciated it more. Albums weren’t one-week entities. In fact, albums, back then, were a whole different breed. When an artist released a new body of work, that was all we got for about a year. Maybe we’d see their videos on MTV Base or Kiss on television, but aside from that album, we had little else to hold onto from our favourite artists.

So we rinsed those albums out and didn’t feel pressure to immediately switch to something else. The all-access nature of social media, as well the power of the internet in giving more artists opportunities to launch a music career, makes it harder for any one thing to stick in today’s world.

When Giggs dropped Walk In Da Park in 2008, I did the rounds locally because I heard certain shops were selling the album, but never had any luck. I looked everywhere I could think of, but it either sold out or the place didn’t sell it to begin with.

In the end, I borrowed it from a friend, burned the disc onto Windows Media Player, edited the tracklist, downloaded the album cover and then uploaded the whole thing to my Walkman phone. If Spotify was about then, it would’ve saved me about 10 days worth of after school trips to random barber shops, but it wasn’t, so I had to hunt.

If you wanted to buy 100 albums ten years ago, that would’ve cost close to £1000, with albums costing around £10 back then. Now, 100 albums can be accessed for free in a three-month trial, or for £9.99/ month if you don’t want ads. If you bought an album and liked it, you were willing to tolerate it for far longer, because there was a bigger sense of attachment to that product.

Of course new music came and old music got deleted, but it just happened a lot less. We’ve traded more choice for less attention when it comes to consuming music.

You actually liked what you liked

The basic technology behind mobile phones a decade ago meant that storage came from memory cards, not the actual device. Many people had to work with just a 1gb memory card, which means you could only fit around 200-300 songs on your device. When you consider that the smallest iPhone today is 16gb, that’s miniscule. That meant with the little space you did have, couldn’t be wasted.

If someone tells me to download a song in 2018, it’s no real issue. My current device has enough space for me to click a ‘+’ arrow without it having huge impact on my storage. Back then, asking me to delete a song to make room for another was no easy question. You didn’t just delete things and you didn’t recklessly download either.

You liked what you liked and the internet wasn’t as good as it is now at making you feel like you’re missing out on something either. You didn’t just accept new things, simply because, that new piece of music would have to come at the expense of another, providing a greater attachment to the music you did select to make the cut.

The problem of devices not having enough storage has since been removed, but growing up, the music on your library was made up of songs you mostly liked. As such, music tastes were more genuine. You liked what you like, because you had to either spend time or effort actually finding that music. Now it’s different. However you look at it, the Sony Ericsson days were just a simpler time.