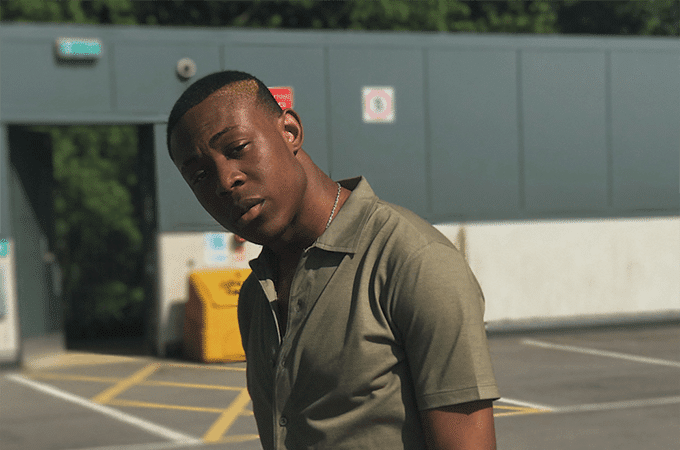 Posted at 16:08h in All Articles, News by Byron Grant

A wave of afroswing-orientated music has found tremendous success in the UK as of late. Caribbean and African-sounding melodies have been blended with rap lyrics to form a new, fleeting sub-genre within UK music. Among this space lies the likes of J Hus, Kojo Funds, Not3s and with rapper like MoStack embracing the sound recently to, further adding to the sub-genre’s popularity.

Dragging and dropping artists into one specific category can often prove tough, a feat made not the slightest bit easier when it comes to One Acen, who put simply, is a champion of ‘wavey vibes’. Not terribly descriptive, but astonishingly accurate and capable of making you feel good at the same time. Acen’s vocals, which glide along the borderline of rapping and singing, are usually accompanied by relaxed yet punchy beats, the mixture of which creates a very vibey, wavy sound, hence the name.

Unlike many UK artists, Acen’s music isn’t littered with expletives or obscene statements. It is bouncy, uplifting and compliments the wavelengths exceptionally well. Take, ‘Rolling’, the first of two collaborations with Hardy Caprio. It’s a smooth track you can vibe to, that like most of Acen’s music, is easily digestible.

A punchline-rapper he may not be, but that’s more than made up for with extreme clarity and effective simplicity. ‘Hate On Me’, featuring Tion Wayne, is the perfect embodiment of this, allowing Tion’s cruder lyrics to mesh with Acen’s melodic hook.

One Acen seems to understand his sound better than most. Because he isn’t caught up with suffocating each bar with forced wordplay, you are forced to appreciate how melodic the beats are in his tracks, how well he flows with the sound. This is particularly true on ‘Pxttern’ and my personal favourite, ‘Psychic’, two tracks which highlight the noticeable chemistry between Acen and whichever instrumental he takes to.

It is perhaps with disappointment then, that Acen told me there isn’t a substantial project the pipeline. Although he did settle some nerves with an announcement that another single is to be expected shortly.

This will add to the catalogue of recent singles released recently by Acen including ‘Baecation’ and ‘Unsigned’ where he features with Hardy Caprio, a track which also charted in top 75 in the UK Single’s Chart. Along with catchy vocals, Acen has also dabbled in production, indeed producing ‘Glide,’ the hit single from newbie Olami Still.

The wave of afroswing becoming popular in the UK only continues to gather momentum. Within that movement, One Acen is carving a niche for himself with his brand of smooth and easily digestible music.