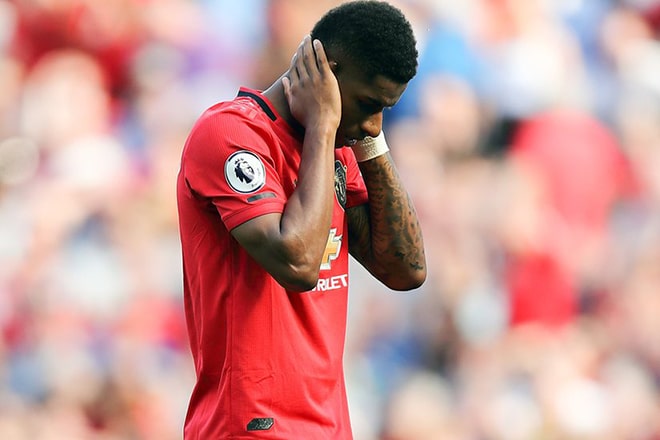 Posted at 17:24h in All Articles, News by Jord Chesmin

I sit here at my oakwood desk, accompanied by scribbles on my notepad, wondering how the UK’s recent race report arrived at the conclusion it did and how the spirit of football’s fight against the European Super League suggests that racism in football could be dealt with.

The equality watchdog accused a report by the Commission of Race and Ethnic Disparities, which suggested the UK should be seen as a model of racial equality, of creating a “false dichotomy”. A UN human rights expert said the founding attempted to “normalise white supremacy”, essentially dismissing the black-British experience.

The European Super League is an idea that came and left all within the space of a few days. 12 of the biggest football clubs in the world – including six Premier League clubs Arsenal, Manchester United, Man City, Tottenham, Chelsea, and Liverpool – attempted to form a breakaway league, and the idea was almost immediately shunned after backlash from all corners of society, from fans and players to big businesses in the game.

While discussing the idea of a Super League and its flaws in the game, Leeds United striker Patrick Bamford said it was a ‘shame’ that greed amongst the elite was rapidly shut down, but the response to racism has been far less assertive. “It’s amazing the amount of uproar that comes into the game when somebody’s pockets are being hurt. It’s a shame that it’s not like that with all the things that go wrong – like racism.”

At the beginning of April, Valencia CF’s Mouctar Diakhaby was subject to a racist insult by an opposition player during a domestic league game against Cadiz, in which he protested to the referee, but still received a yellow card. In the wake of this, he and his fellow teammates unanimously decided to leave the field.

But it seems following their moral compass was a short-lived journey that lasted, well, 24 minutes. The Valencia players returned to the pitch – but this time without Diakhaby and according to Valencia manager Javi Gracia, Diakhaby said he wasn’t in the right frame of mind to continue playing but insisted that his teammates should go back out and play ‘for the badge’ but team-mate Jose Gaya said the team were told to play on or risk forfeiting the points. “In the changing rooms we were told if we didn’t return, we would be sanctioned … in that moment, we spoke with Diakha, about how he was, and he told us that he wouldn’t play but he understood perfectly we had to continue playing to avoid a possible sanction, so we returned.”

In a Europa League match against Slavia Prague in March, Rangers midfielder Glen Kamara was subject to a racist insult from an opposition player, Ondrej Kudela. UEFA found Kudela guilty of racist behaviour and gave him a 10-game match ban as punishment. Regardless of where the abuse comes from, having stronger sanctions for racist abuse must be implemented, otherwise, it’ll become a topic of insignificance. But then again, you only have to look back to 2011 when Liverpool’s Luis Suarez racially abused Manchester United’s Patrice Evra to see a classic example enabling racism in sport.

After receiving an eight-match ban and a £40,000 fine Suarez was protected by his then-club with his teammates wearing t-shirts with the Uruguayan’s name and face in support of him, despite being charged for misconduct. The narrative was built around Evra being the villain, despite being racially abused, and Suarez deemed the victim.

Online abuse, most notably on Twitter and Instagram, has led to many high-profile footballers either deactivating their accounts or addressing their online abusers by exposing them to their followers – both actions taken by Arsenal legends Thierry Henry and Ian Wright, respectively. Ian Wright received abhorrent and racist messages in 2020 and took it to court but was left deeply disappointed by the judge’s outcome not to hand the teen a criminal conviction and instead imposed probation and a small fine.

At the end of March, Henry released a statement on his social media profiles stating that he will be deactivating his accounts due to the constant barrage of racism – describing it as ‘too toxic to ignore.’ The World Cup winner used social media’s handling of copyright infringement as a comparison to its handling of racist abuse and showed a clear disparity between the two.

“Social media always say that ‘we are investigating it, we are trying to do stuff to eradicate it’ but enough is enough because I found out that if you want to upload a video on social media, they will block it, you can’t even send it. We all know why: because of the copyright because money is involved.”

This led to another open conversation about the handling of racism in English football with top-flight clubs, footballers, and some sports channels recently taking part in a four-day social media boycott. The aim of the boycott was to send a clear message of zero-tolerance for racist abuse online.

At the announcement of the boycott, the newly inducted Premier League Hall of Famer said: “Football stands for something. Not only money. It is not just take, take, take. It is also about giving. Now it is really trying to tackle issues. Well done to everyone involved. We are acting, instead of talking. That is a different ball game.”

Sanjay Bhandari, chairman at Kick It Out offered his views on social media abuse: “Social media is now sadly a regular vessel for toxic abuse. This boycott signifies our collective anger at the damage this causes to the people who play, watch and work in the game. By removing ourselves from the platforms, we are making a symbolic gesture to those with power. We need you to act. We need you to create change.”

Now that the wheels of cracking down on online hate speech are beginning to set in motion; the pressure is beginning to mount on social media platforms to find practical solutions. Instagram introduced a new tool that automatically deletes hate speech and vulgar messages being sent using a filter based on offensive terms and words. The Facebook-owned platform claims to have deleted 6.5 million pieces of hate speech, including DM’s in between the months of July and September, last year. Not only that but they also began to use AI to warn users before they post nasty messages.

Not only that but the platform also plans to allow users to block specific accounts and preemptively block any new accounts the person may create, to prevent harassers from contacting them altogether. How viable this solution is, however, is yet to be proven. Talks have been ongoing about debarring anonymity and having users upload documents to prove their identity, yet raises huge concerns for those that need to stay anonymous. With previous complications regarding social media and its handling of personal data; that’s an unlikely solution.

There are many reasons for anonymity in the first place, for whistleblowers and for those needing to express themselves without the fear of being identified. How social media companies will use this method is yet to be discovered but again, it’s an unlikely answer to the ongoing issue of online abuse.

However, the UK government has vowed to introduce a ‘groundbreaking’ new online harms legislation that will make these social platforms responsible for the safety of their users and be regulated by Ofcom. The new online harms bill states “The government will establish a new statutory duty of care to make companies take more responsibility for the safety of their users and tackle harm caused by content or activity on their services … Compliance with this duty of care will be overseen and enforced by an independent regulator.”

There is no guarantee that these measures will completely eradicate online abuse but it’s the efforts to do so that truly counts. Plans to introduce independent regulators to hold these tech giants accountable will surely spark a change in the safety of their platforms; although it has been a long time coming.

A more holistic approach, while it may take a lot longer than utilising technology, is an option that must be taken a lot more seriously. That approach being education.

Maybe this is something governing bodies of English football could introduce in order to rid racism, not just from football, but society too. Educating ignorant individuals is one thing, but educating them before ignorance can set in, is even more impactful. Institutions like schools and sports clubs will be the perfect place to start a new empathic curriculum – where everyone can learn to embrace others’ differences, as opposed to allowing ignorance and hatred to find a home and wreak havoc.

The point is that even though education isn’t the quick fix we so desperately need; it’s an antidote. Its purposeful persistence attacks the root of the issue, which will then alter the leaves it produces.