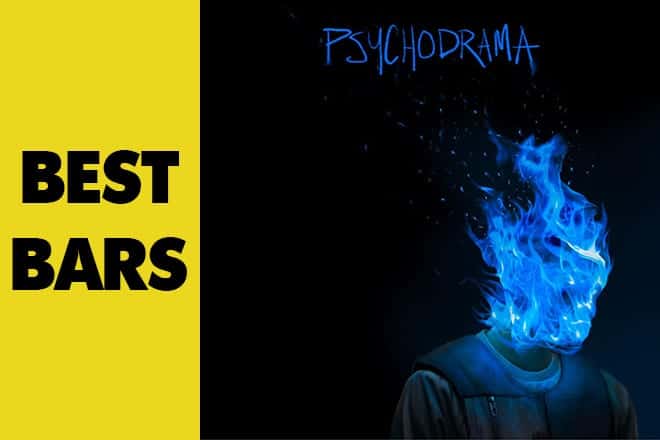 Posted at 02:36h in All Articles, News by Ajay Rose

Wherever you look on Dave’s Psychodrama album, not a single bar or word is wasted, a statement which on the surface, doesn’t quite do justice to the brilliance of what’s been achieved. We already knew that Dave is an airtight lyricist. It wouldn’t be outrageous to say that pound-for-pound, lyric-for-lyric, this young rapper from Streatham is one of the UK’s best wordsmith. But on Psychodrama, those slick bars assemble like the Avengers to tell the most vivid of stories.

The 11-track debut album from one of Streatham’s finest lyricists will surely become a groundbreaking moment for UK rap once the dust has settled. A big reason behind that is the quality of what he’s saying, how he delivers it and those lyrics synergise with the carefully-chosen selection of beats.

JAE5, the man behind many of J Hus’ hits and producer of ‘Location (ft. Burna Boy)’, shared an insight into how Dave selects his instrumentals, which you can check out below. Those ‘gameboy sounds’ JAE5 mentions aren’t too overbearing and compliment the level of elite lyricism Dave brings to each track by giving the listener a chance to breathe and reflect. 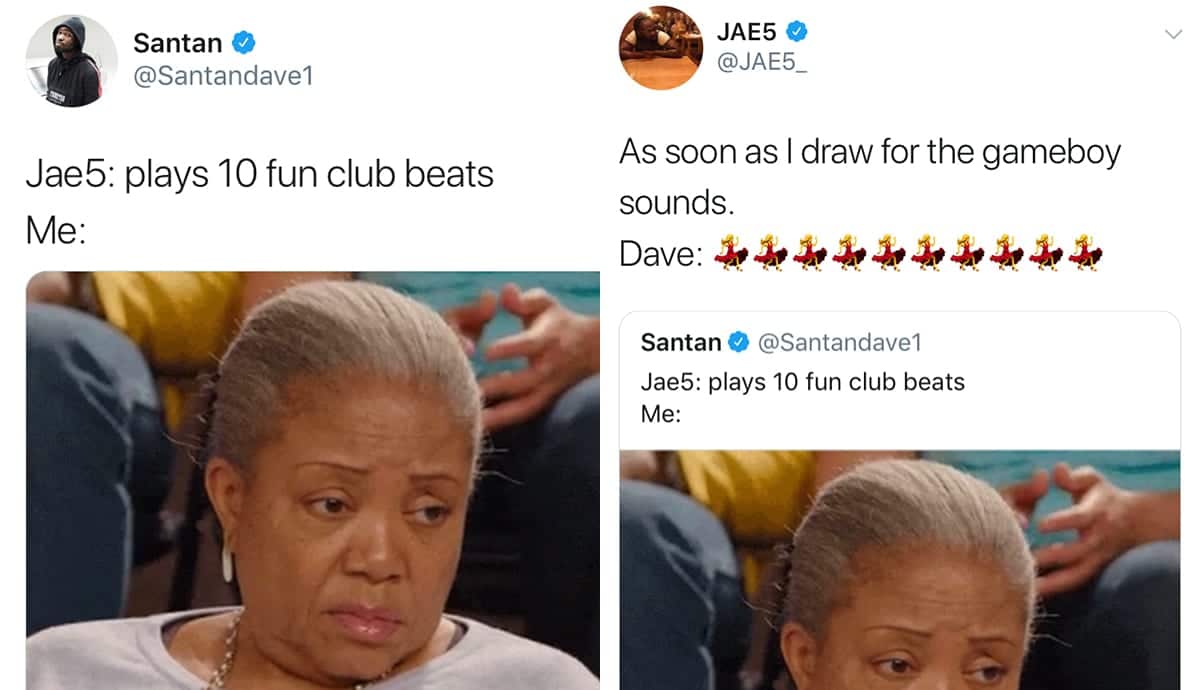 You can read a full review of the project by clicking here, so without further ado and in no particular order, here are five of the best lyrics from Dave’s Psychodrama album:

“My G just came out for a shooting/ and Ramz done a madness charting/ so them man got something in common/ ’cause trust me, both of their tings been barking” – Streatham

The link between Dave’s friend who just left jail and Dave’s friend who went #2 in the charts back in 2017 was an unpredictable madness. Before the ‘Barking’ reference, you wonder why he connected two seemingly random people but trusted that there was a valid reason.

This moment is somewhat similar to that bar about Jurgen Klopp from his feature on ‘Peligro’, one of those poster child lyrics that you can reference in a debate about which rapper’s got the best punchlines, an argument in which Dave’s name definitely holds weight.

“And this ting’s all love and hate, ’cause a lot of man love to hate/ my young G done draws and eights/ now he’s cuttin’ through bricks like the 1-1-8” – Streatham

To make life easier for everyone, Dave made sure the opening frame from the video showed a 118 bus heading towards Brixton, because if you’re not from London, you might not get what he’s on about upon first listen. He said his young g is cutting through big bricks (also an abbreviation for Brixton) after progressing through the ranks, using the 118 bus, which runs from Streatham through to Brixton, to illustrate that point.

The specifics of this bar show similarities to the following bar from ‘My 19th Birthday’: “If you, touch my money you can see what I’m about/ you can ask your little sister I will be inside your house/ eating from your fridge, feet up on your couch/ tell your little brother ‘Butter me a sandwich, spread in evenly amounts'”. The reference of the 118 bus going from his hometown, ‘Streatham’, the name of the song, to Bricks (Brixton), is pleasantly specific, much like asking someone’s brother to make sure the butter on the sandwich they make you covers the crust and main part of the bread.

The content of this lyric secures its place among the top five best bars from Psychodrama. The lyric illustrates how his seamless ability to use words to his advantage began in English class, while also showing that as well as being talented, Dave has also had to work hard from a young age, hence the lack of rest.

By itself, this bar is strong but it gains even more prestige when Dave later references this bar in ‘Voices’ when he says ‘I didn’t get 99 marks in English, I was faking it/ I got 98 ‘cause I don’t know what a vacation is’. He doesn’t just randomly reference that English test, he doubles down and works within the confines of what was said earlier to again demonstrate his relentless work ethic.

“They see a Cuban and a whip, I see a house deposit/ How to stop it? N****s saw keys and went to trial for shottin’/ I saw keys, learned to play, and made thousands from it” – Environment

Similar to the bar about how he breezed through his English test in school (and wasn’t told that he would be a failure, as the narrative in rap often goes), this one is a stark contrast to the usual mention of ‘keys (kilograms)’ in UK rap.

Here, Dave again puts his intellect centre stage with an insight into how he spends his those ‘thousands’ he’s made from his music. There are still moments where Dave stunts on Psychodrama, like being 19 and putting ’19 on an Audi’, but it’s 2019 and we’re all about sustainable, responsible stunting that’s geared up more towards investments and property than jewellery and cars.

“I’m going psycho, this scene’s mine bro/ rappers wanna diss me, it’s only online though/ they put the mic and soft in the micro/ soft? Not I, bro/ swimming’s the only time I can lido” – Drama

Where to begin with this one? Dave says the scene is his, before saying how rappers diss him but only online. The next part might fly over some people’s heads. When Dave said they put the ‘mic’ and ‘soft’ in the micro, he is saying those rappers who diss him are soft on the mic and a minor issue, hence the use of the word micro, while also referencing Microsoft.

Then, he says swimming is the only time he can lido (lie, though), suggesting he keeps it real each and every time. On paper, these lyrics ready very well but you have to listen to the delivery and the sudden change in the tempo of his delivery to fully appreciate this moment.