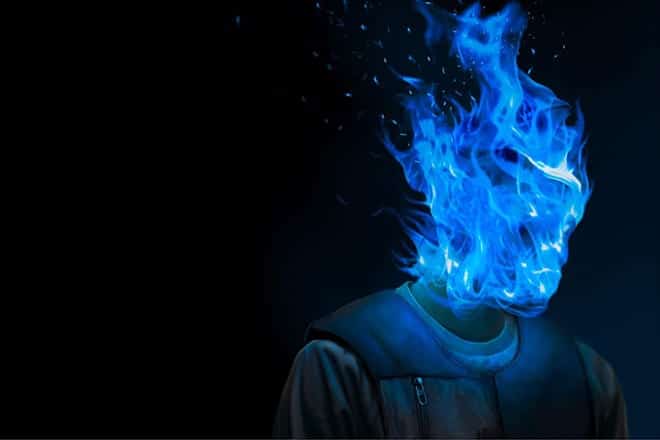 Posted at 02:49h in All Articles, News, Plugsville Reviews by Ajay Rose

Dave has a classic-in-waiting on his hands with Psychodrama.

Labelling an album that even is barely a week old as a soon-to-be iconic body of work, in most cases, would be premature, but this isn’t most cases. This is one of the best ‘upcoming’ rappers fully morphing into one of the countries best artists, one who can effortlessly blend style with substance, while also serving as co-executive producer (!) of the album alongside Fraser T Smith.

By definition, ‘psychodrama’ refers to the act of patients acting out events from their past. The album begins with a counsellor stating that Dave’s first session took place last January, with tales from before he began the process and the journey he’s been on during counselling forming the content of his album.

The counsellor, which according to Chuckie from Halfcast Podcast, is voiced by Fraser T Smith, then says: “We’re just gonna talk about your background. Where you’re from, any issues you’ve been dealing with. So, where should we start?”

He didn’t say ‘Hi, I’m David’ or some other piece of nervous small talk to begin the track. He went straight to the crux of the issue, as if recording this album was part of the therapy process and then proceeded to explore all facets of his past which shaped who he is today across the 11 tracks.

With Psychodrama, the listener assumes the role of counsellor while Dave delves deep into the experiences which have shaped him. In telling those issues, he holds absolutely nothing back. From discussing the love he has for his heritage in ‘Black’, to calling out fake industry traits in ‘Environment’ through the cinematic, 11-minute showpiece that is ‘Lesley’, a chilling tale based on one of his relatives which shines a light on domestic abuse.

There are different moods on Psychodrama too, which when combined into one space, clearly depicts Dave’s position as a master of his art. The more styles you try to combine on one album, the harder it is to remain coherent, which means that with some albums, you might like one particular style and not another. Psychodrama is a body of work where each different style is pulled off brilliantly.

‘Streatham’ and ‘Screwface Capital’ are laced with entertaining punchlines literally from start to finish. Tracks like ‘Purple Heart’ and ‘Location (ft. Burna Boy)’ focus on relationships. Moments like ‘Lesley’, ‘Black’ and ‘Psycho’ bring an intense feel, one which doesn’t allow you to lose focus at any time because Dave creates an aura through the marriage of beat selection and lyrics that demands your full attention.

‘Voices’ is a sing-a-long, Instagram-caption worthy track you can instantly envision warming up the huge crowds he will inevitably perform to as the success of this album takes shape. Snippets from the counsellor throughout also help direct the album’s message and maintain focus among the listener.

Psychodrama is not just a few lead singles with lots of filler packaged around it, like some projects are. It is a journey from start to finish. The coherency throughout Dave’s Psychodrama album is rare. It’s rare that you take in an album with such a clear and concise story attached to it. The level of wordplay allows Dave to tackle pretty much whatever subject area he likes with success.

Least we forget, Santan Dave also chose to leave off ‘Funky Friday’ from this project. At first, I wondered why an artist would leave off such a monumental track, but when you listen to Psychodrama, it makes complete sense as to why that particular track might not have fitted with the overall theme.

Psychodrama is a project which will later be heralded as a classic. The level of storytelling and wordplay on this project is exceptional, not to mention that he produced many of the tracks himself. ‘Every lyric, every melody/ every fucking beat, every little detail in the artwork and video, everything is me,’ raps Dave on ‘My 19th Birthday’ from his last EP, Game Over. We are talking about an artist who is responsible as much as of his creative process as is possible and the end result is ground-breaking body of work.

With time, the undeniable impact of Dave’s album will put in that tier of iconic UK albums that shook the landscape in some way, alongside projects like Dizzee Rascal’s Boy In Da Cornerand more recently, Stormzy’s Gang Signs and Prayer.

Psychodrama is another ‘wow’ moment for British music. Dave’s music has again transcended the barriers for UK rap, widening the web of listeners and bringing more eyes to the scene. He racked up over three million first-day streams on Spotify alone and is contention to secure a #1. This body of work is an emphatic, groundbreaking debut album from one of the UK’s best lyricists.