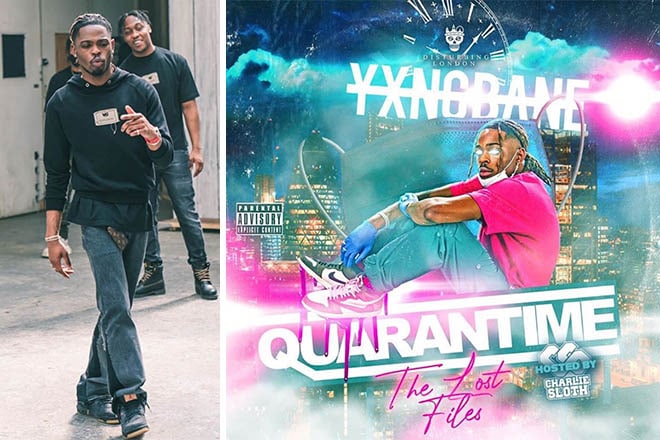 Posted at 02:34h in All Articles, News by Plugsville

Quarantime: The Lost Files –  Inspired somewhat by the current lockdown the world is facing, Yxng Bane has opted to fill the void of new music with a brand new mixtape.

His latest project, Quarantine: The Lost Files, contains 14 tracks, presumably a selection of old material Bane had kicking about that he decided to band together as one projects. The tape contains guest appearances from K Trap, D Block Europe, Headie One, Kojo Funds and Bane’s manager, G FrSh. The project is hosted by renown Beats 1 and former BBC 1Xtra DJ Charlie Sloth.

G FrSh’s contribution represents a rare verse from one of UK rap’s OGs. Having a built a name for himself with a luxurious brand of UK rap, FrSh transitioned into management at Disturbing London, therefore leaving his career as an artist behind. However, his verse on ‘Rubbish’ will come as a refreshing surprise for older rap fans.

Bane also dropped a video for one of the mixtape’s lead singles, ‘Section, which you can watch below:

Quarantime: The Lost Files represents the first mixtape we’ve seen from Bane in nearly 18 months, having last dropped HBK in November 2018, which debuted at #36 in the charts. Before that, he collaborated with D Block Europe on a joint mixtape called Any Minute Now, which peaked at #15 in the album charts back in August 2018.