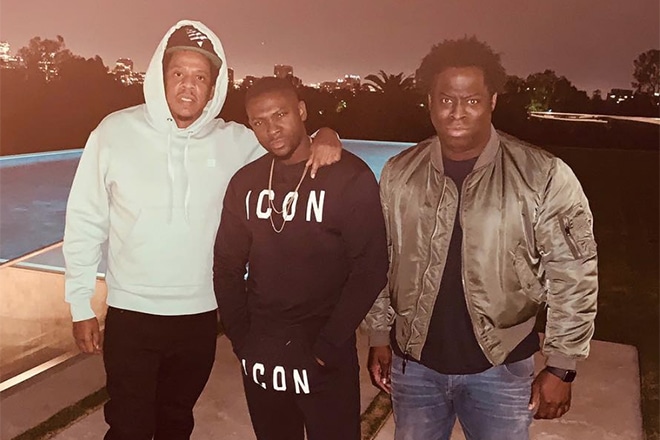 Posted at 13:42h in Uncategorized by Ajay Rose

Taking to Instagram, Rapman announced that he had signed a deal with Hov, which will cover management, TV, film and his own record label:

“Biggest moment of my career!! I can finally announce I’m the newest member of ROC Nation! This deal is for Management, Film and TV as well as my own Record Label. I look forward to signing my first artist in 2019 on top of releasing my feature film and new TV shows. Thank you so much to @thebullitts for making this deal happen and to the rest of @rocnation for believing in me. For everyone who’s been supporting me thank you!

“You are responsible for getting me to this point. I went from a council estate in south east London to sitting in Jay-Z’s AMAZING home talking for hours about everything from his first album to Shiro’s story. He dropped so many gems on me I literally feel like I’m ready to take over the world!! It truly was a life changing experience and made me know with hard work consistency and faith anything in life is possible. The hard work starts now!!#GodsPlan P.S Jays house is like nothing I’ve ever seen I told him one day I will have a home like this and he agreed #rocnation“.

2018 saw Rapman take home the award for ‘Best Video’ at the Rated Awards for Part 1 of his epic ‘Shiro’s Story’ trilogy. Had the MOBOs been running this year, it’s likely that he would’ve been in the running to win their video award too. Between its three segments, ‘Shiro’s Story’ racked up well over 15 million views online and brought the internet to a standstill at the time of its release.

Catch up with all three parts of ‘Shiro’s Story’ here – Part 1, Part 2, Part 3. Go behind the scenes of how part three came about by checking Plugsville’s exclusive interview with Cadet and Deno: