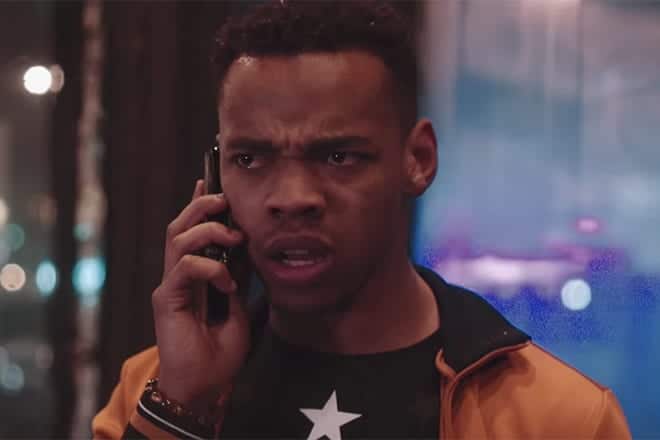 Rapman has delivered some serious visuals to bring to life ‘Shiro’s Story’.

Produced by Kaze Beats, the first track of Rapman’s Whats the Story EP has already racked up close to one million views in just a few days, currently sitting at 965,000, with Rapman promising the second instalment once the one million landmark is reached.

Joivan Wade and Percelle Ascott play the roles of ‘Shiro’ and ‘Kyle’ in this tale of deceit among two close friends and the video itself goes to great lengths to bring this story to life.

‘Shiro’s Story’ is more like a short film told through music, rather than a long track with decent visuals. Whatever way you look at it, it’s a detailed rap story brought to life with some very clever visuals.

Stay tuned for Part 2, which Plugsville will bring you as soon as it drops.