13 May Ryan Inniss: Why dealing with injury is more than just a physical battle

Posted at 01:04h in All Articles, News by Ryan Inniss

Six loan spells, five years and five surgeries after signing my first professional contract with Crystal Palace aged 17, here I am, after numerous battles with injury, both mental and physical. For many approaching their 22nd birthday with a fair few Football League appearances behind them and ambitions of playing at the highest level, there’s reason to be excited. But to call the last five years turbulent would be an understatement, and with each injury comes missed opportunities, boredom, self-doubt and worst of all, being perceived as unreliable by my teammates.

The earlier stages of my career with the Crystal Palace and England youth teams remained relatively injury free. After signing a professional deal with Palace in June 2012, I had brief loan spells firstly at Cheltenham and Luton, followed by a spell with Gillingham in League 1. It was here where I picked up my first big injury following a challenge with Adebayo Akinfenwa in training in 2014.

Akinfenwa of course needs no introduction and rightfully so, his physicality and strength is no joke. At the time, it was hard not to laugh at the situation, or so I’m told anyway by former teammates, as all I recall is immense pain and a slice of embarrassment to digest with it. I was quite naive looking back at it now but also very determined and this determination (or naivety) lead me to believe I could shift ‘Bayo’ out the way and beat him to the ball.

We were playing a five-a-side round robin tournament which we normally have on the Friday before the weekend fixture, but somehow, my arm was caught in the bib as I folded into a heap on the ground with a dislocated right shoulder. There was no malice on ‘Bayo’s’ behalf and a quick repositioning from the physio after some whining from me and muted laughter from the boys, I played the following day aided by a heavy strapping and a strong sense to get among the action once more. 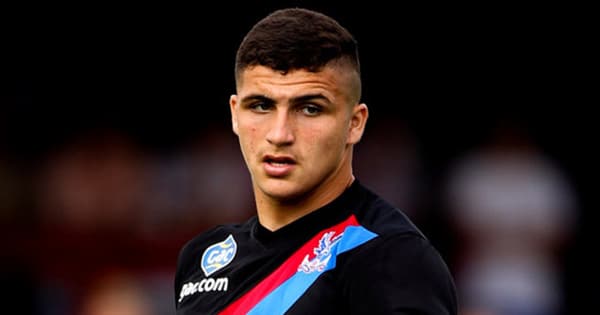 Each dislocation to the shoulder creates weakness in the ligaments leaving you susceptible to further dislocations or damage, and another Friday afternoon in 2015 brought another disappointment as I again dislocated my right shoulder. I fell awkwardly on a watered pitch whilst practicing set-pieces with the first team back at Crystal Palace, and this dislocation lead to an operation to rectify the ongoing problems I would face if I avoided the inevitable.

Upon recovery, I joined Yeovil Town in League One for three months, then returned to Crystal Palace and then joined Port Vale on loan. I got off to a productive start, being thrust into action and having an enjoyable stay in Burslem. Not long into my stay, I dislocated my left ankle and damaged numerous ligaments during a league game at away to Coventry at the Ricoh Arena.

This disappointing setback was followed by surgery, four months rehabilitation and a gruelling delayed pre-season fitness regime to get me back up to speed. Once I got the all clear to return to action, I was given the opportunity to return to Port Vale and I didn’t hesitate. The sense of unfinished business and the feeling of being wanted once again was a great remedy for the pain I suffered with the ankle injury.

However, my shoulder complications would return to dampen my spirits and progress once more on an afternoon in September 2015 during a league game away at Fleetwood. Another dislocation spoiling the previous work I had done to fix my ligaments meant the shoulder itself would require a more robust operation, news which as you can imagine was difficult to hear.

Surgery and rehab complete, I was passed fit and Port Vale took me back again as my loan deal remained active. The 2015/16 season would still be reasonably successful if I managed to stay fit and accumulate games from January through to April. Four months of solid week-in, week-out action was the plan. But that vision certainly didn’t include a grade three hamstring tear, almost taking it apart from the bone and further tearing my hamstring tendon. 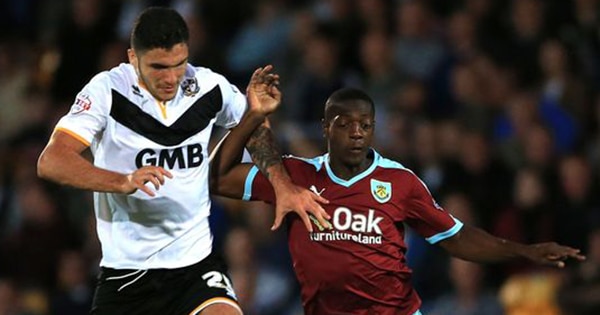 Another injury just weeks before the end of season left me wondering what if and worse still, what now?

What followed was a tough mental and physical six months rehabilitation over the summer of 2016. This was the second delayed pre-season and the extra time was to eradicate any complications left by the hamstring injury. A lengthy lay off left me hungrier than ever before to compete, but I was sceptical to what would follow or if any team would take me on loan given my injury record. Fortunately, on deadline day, I signed a season long loan with the shrimpers, Southend United.

A promotion chasing outfit with bundles of quality and experience, I was keen to get off to a good start and impress whilst maintaining my strength and conditioning program to prevent any further reoccurring injuries. A disappointing start to the campaign results wise descended into a devastating blow for my already low self-esteem, given the run of injuries I had conjured up.

Millwall away in an FA Cup tie at The Den is a fixture I certainly didn’t need any extra motivation for as someone who grew up near Bermondsey. I knew the history and tenacity of the crowd and club and it somewhat inspired me. A game in which I felt I performed at the top of my game was ended in the last ten minutes by what I can only describe as devastating. A dislocated shoulder, again! But this time on my left side which I’d had no prior complications before.

It was becoming a familiar routine; a distraught dejected exit from the field, painful few days with no sleep followed by surgery, four months on the sidelines, wondering what if, what next and once again, what now? 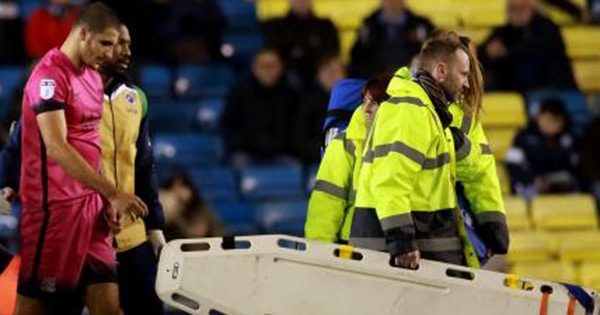 I went back to Crystal Palace to recover then returned to Southend in February 2017, and the team was completely revitalised, smack bang in the middle of a playoff scrap after an impressive run of results. This change in fortune gave me the incentive as I knew it would be hard to break back into the team and to stay in a winning side. This was to prove difficult and understandably so, Adam Thompson and Anton Ferdinand had formed a formidable partnership and were performing well.

I had the occasional game or two in the side before being given a huge opportunity in a big promotion clash with Bolton at home on April 4. A fixture under the floodlights with massive implications for both team’s promotion hopes.

Bolton chasing automatic promotion and us chasing that a playoff spot. I was pumped and extremely excited to try and leave my mark. And leave it I did as I left the field of play after just eight or nine minutes with a reoccurring left shoulder dislocation. So here I am four shoulder surgeries, two on either side, a hamstring tear and an ankle surgery later.

With surgery comes a period of rest, usually around two weeks, of just pure downtime. Resting and eating painkillers quickly becomes boring for someone who is used to being active everyday, so it’s a predicament finding something to keep you occupied that isn’t too strenuous or could cause any damage to the injury and the surgery. 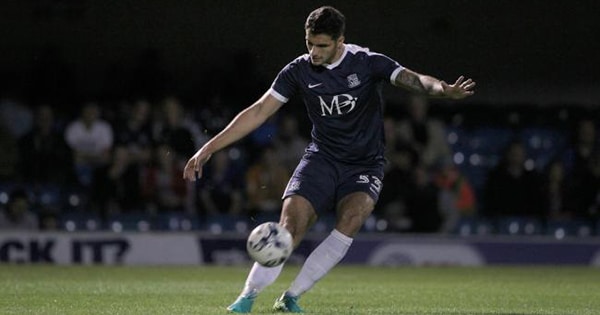 Waking up nearer midday becomes the norm and festering in front of the television or PlayStation, playing FIFA and Call of Duty. Waking up late leads to going to sleep a lot later than normal and before you know it you’re completely out of your usual routine. It’s hard to explain this effect it has but days pass and you haven’t done anything you feel has substance or any meaning, just time killing exercises. A career on Football Manager is the closest I get to a feeling of satisfaction or meaning, a sad but true reality, taking a team through the leagues and nurturing young talents to the top of their game.

Following the 2-4 week period of rest and downtime comes the beginning of the rehabilitation phase. Depending on the injury, this can often be extremely tedious and seem like a waste of time, but is actually crucial to a successful comeback. At this stage, we go back to the club and use the facilities instead of lingering around at home. This for me is a good time as I miss being around the place, partaking in banter and jokes with the lads, which also means being in on time and up at a reasonable time so slowly but surely your routine begins to become apparent once more.

The one downside to being back around the club is feeling useless to an extent. Once we’ve had breakfast and a chat, the others lace up and jog out to train, whilst the other injured lads, if there is any, and I, sit on the physio bed icing wishing we were out there getting involved. Getting outside of the gym or the physio room when you’re an injured player is a milestone. That feeling of lacing up your boots again even just for a jog or getting a little touch of a football after a month or too is hard to explain, but gives you a buzz to keep you hungry to finish the rehab and get back out playing competitively again. 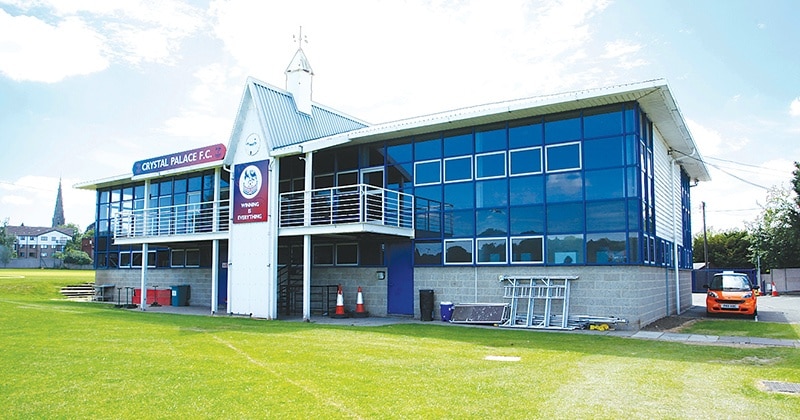 Finishing rehab requires getting back up to speed fitness, and this can be gruelling but once this is over, you know you’re back, but the work has only just begun. Through my first few injuries, I was fairly naïve. I didn’t cut corners or skip any exercises, but once I got playing, I wrongly assumed I was 100 percent and I always feel I could’ve done more post-injury to prevent it reoccurring again.

I can’t help but wonder, what if I did more in the gym, or did more after games with icing more yoga or more rehab exercises, but that’s the beauty of hindsight for you. Each injury has given me more experience and more insight to what is needed to get my body right for a match and training and this has led to many alterations in my life away from football also.

I’m under no illusion this number of injuries can create doubt in the eyes of potential suitors, so if nothing else, injuries are an unfortunate hurdle to securing your next contract that many players are forced to deal with. But you always feel that getting an injury-free run under your belt can change a lot. The path that has led me to here has been a gruelling one, but I can genuinely say as I sit here in my sling typing this out, I am stronger than ever. If not physically then mentally, which is where football matches are won and lost.