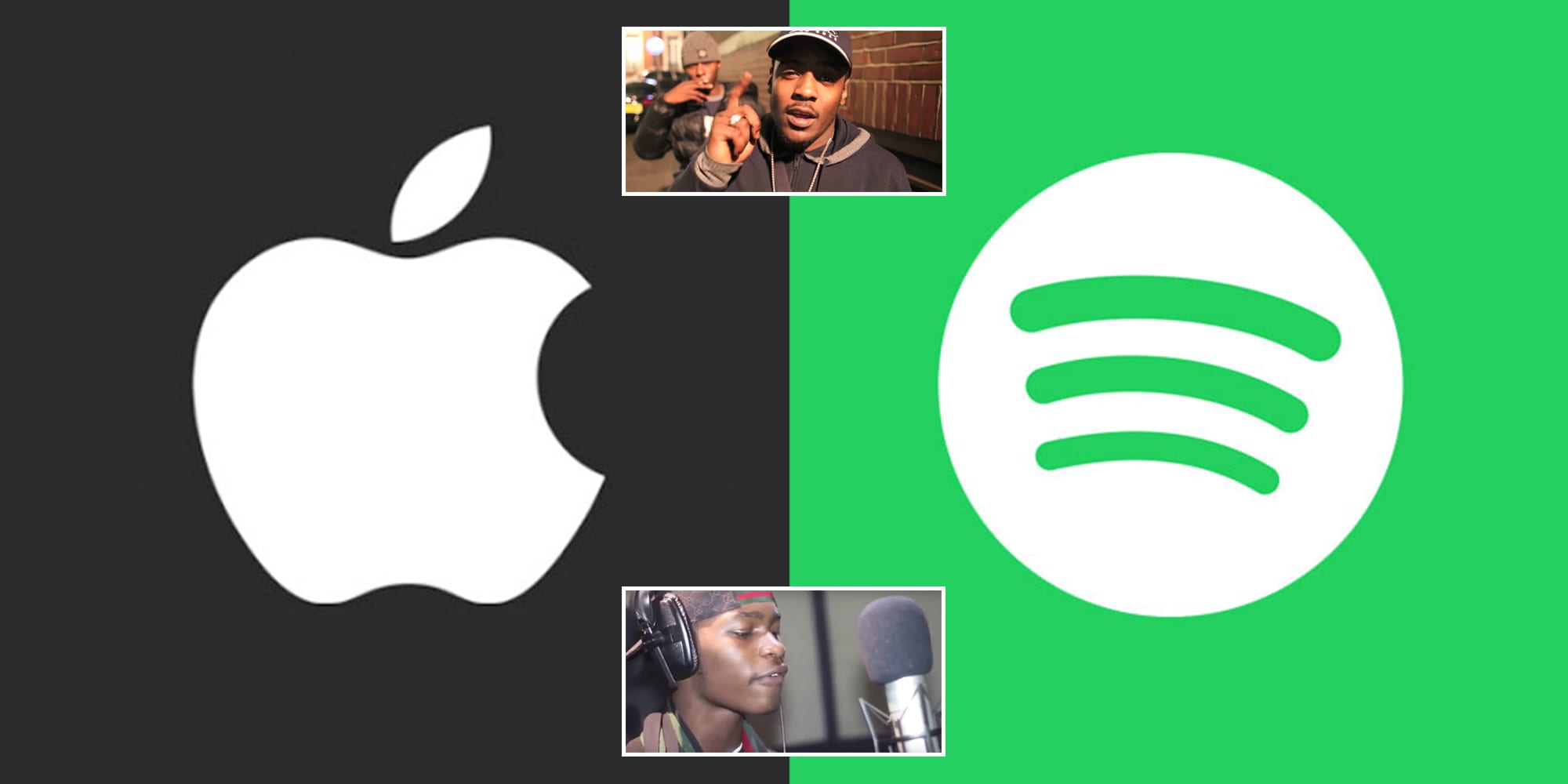 02 Jan 2018 Should more UK freestyles be available to stream on Spotify and Apple Music?

Posted at 02:40h in All Articles, News by Ajay Rose

When artists release new material, nowadays, the protocol is to make that piece of music available on Spotify and Apple Music, but that isn’t the case with UK freestyles. They serve many roles, from profiling newcomers to providing a platform for the heavy-hitters to rubber-stamp their powers, and unlike most other genres, freestyles are part of the scene’s fabric. But beyond a YouTube video, freestyles aren’t easy to listen to, although, there has been a crossover recently between freestyle platforms and streaming services that alludes to a brighter future.

Kenny Allstar and Mixtape Madness teamed up exclusively with Spotify for the third season of Mad About Bars, Link Up TV made their latest series of Behind Barz available for streaming, as did GRM Daily with two seasons of their Daily Duppy series. Kamakaze put his three JDZ ‘Road Rage’ freestyles on both Spotify and Apple Music as a Christmas gift to his fans, and a little while back, Nines’ Gone Till November and One Foot In mixtapes, which contained his Fire in the Booth and SBTV Warm Up Session respectively, were made available for streaming.

The benefits of such collaborations are there for all to see. The music is more accessible and money is being made at the convenient expense of YouTube to MP3 converts or not listening to the track all together because it’s not accessible enough, which begs the question, should more freestyles be available for streaming?

Link Up TV became the first platform total up one billion YouTube views after putting out more than 5000 videos since 2009. Granted, that figure doesn’t represent freestyle views alone, but Behind Barz and their other freestyles have been a big reason behind their growth. The ten most viewed Fire in the Booth’s have over 65 million views between them. SBTV have too many memorable Warm Up Sessions to name that have plenty of watches. Wherever you look, numbers are on the up and more freestyles are taking off.

Beyond numbers and views, there are still many freestyles that don’t pile up six or seven figures worth of views, but are appreciated by many. If those lesser-heralded videos were made available, they could reach a wider audience.

This was once true for artists like Bugzy Malone, Mist and Jaykae. Between them, the trio have racked up more than 30 million views on JDZ Media and P110, two platforms which work closely with many non-London artists who would otherwise not be heard.

If, for example, Mist’s 1Take freestyle was available for streaming at the time of its release in 2015, such is its quality, that it could’ve warranted a place in a UK rap playlist on Spotify or Apple Music. Maybe the accumulative impact of all rap freestyles being available to stream creates more freestyle-driven playlists.

Even without playlist placement, the listeners who provided the YouTube views could now listen to the freestyle in a more accessible manner, while the algorithms Spotify and Apple Music use would increase the chances of that freestyle coming before a listener who may not have otherwise given that piece of a music a chance.

At the very least, it would’ve helped his buzz spread quicker. Those videos now have plenty of views and recognition, but once upon a time, they were unearthed gems with far less attention, as were BL@CKBOX freestyles from Dave and J Hus.

If people could’ve streamed those freestyles, they spend less time as slept on videos and more time with the recognition they deserve. Plus, as those artists get bigger, they will have another hugely popular streamable song to add to their collection.

At the other end of the spectrum, freestyles which don’t necessarily go viral will still go further due to the sheer number of users that Spotify and Apple Music boast, which means said music will reach far more ears than it would on YouTube alone.

What can’t be overlooked is the fact that many people will put a freestyle video through a YouTube to MP3 converter or avoid listening to it all together. If they have an endless supply of music on a streaming app which provides offline listening and doesn’t require your phone to be unlocked, then only the most dedicated fans will walk around directly listening to a YouTube video.

In this situation, nobody wins. If the freestyle is converted to an MP3 file, that person probably will watch the video far less, and if it’s too inconvenient to listen to on the move, it will again get shelved.

Fire in the Booth – Stormzy

This is where Spotify and Apple Music come in. If a majority of UK rap freestyles were made available on streaming platforms, more benefits are realised. For that to happen, there need to be a model in place that compensates all parties fairly, namely, the rap platform, the artist and the streaming platform.

I’m not entirely sure of the financials, but here, all three parties are providing value, so all have a reason to be compensated for, and if we’ve seen it happen a few times, why doesn’t it happen more?

Spotify now has more listeners than Radio 1, reaching the ears of over around 10m people in the UK, with over 50m paid subscribers globally. Spotify have excelled in promoting urban music and their ever-growing user base brings many advantages. If a freestyle could be streamed, listeners could connect with it more, as they can now easily listen to it without restriction while enticing them to listen to more of that artist’s music.

Apple Music are said to have a user base half the size of Spotify’s, with around 27m paid subscribers as of June 2017, which is still more than enough users to bring about benefits that can help YouTube videos go a lot further. If streaming platforms are in the business of providing as much of the best music as possible, then it makes sense to have the earliest material of future stars, as well as a range of ‘underground’ content, making for a more complete offering.

The artist and YouTube channel combine to provide the music and the streaming platforms provide a medium for that music to reach a wider audience. A caveat to this argument is that if the music went straight to Spotify or Apple Music, then why bother watching the music video? The response to that would be that people consume content differently. Not everyone streams music and not everyone watches music videos, but people do convert YouTube videos into MP3 files, and they don’t always repetitively listen to freestyles.

Freestyles have been and continue to be a popular part of the fabric within urban music in the UK, streaming services have huge audiences and we’ve already seen a few crossovers between YouTube channels and streaming platforms. So, is it time to turn that flickering fire into a full-blown blaze and make more, if not all, UK freestyles available on streaming services like Spotify and Apple Music?