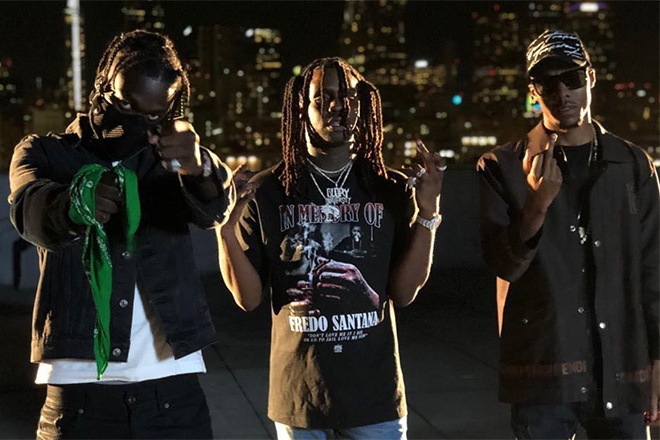 Posted at 01:48h in Uncategorized by Plugsville

In a somewhat unexpected collaboration, Chief Keef has linked up with two London drill rappers, Skengdo x AM for ‘Pitbulls’.

Having risen to prominence off the their back of their Mad About Bars freestyle along Kenny Allstar, which now sits at 13 million views, Skengdo x AM have continued to pile up huge views totals online. On ‘Pitbulls’, we see one of the first instances of Chicago’s drill scene crossing path with London. The video is shot out in America and directed by J.R Saint.

Since then, the Brixton rap duo have released another viral freestyle with their Behind Barz, as well as host of singles, capping that off with 2 Bunny The Mixtape, their debut project. ‘Pitbulls’ will feature on Greener On The Other Side (GOTOS), available for release on October 12 2018.

Like Chief Keef, Skengdo x AM have made a name for themselves off the back of YouTube, who shot to fame in 2012 with the release of ‘I Don’t Like’, which was remixed by Kanye West and followed up with a debut album, Finally Rich. The Chicago driller has since released over 20 projects, including three studio albums and more than 10 mixtapes.

Listen to Skengdo x AM feat. Chief Keef – ‘Pitbulls’ on Apple Music or Spotify. Watch the video below: