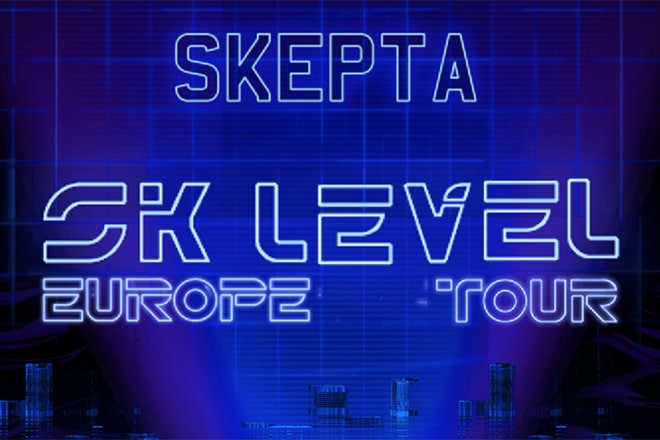 Posted at 10:42h in Uncategorized by Ajay Rose

Skepta is about to close out 2018 with a series of performances around Europe as part of his forthcoming ‘SkLEVEL’ tour.

Skeppy is set to grace 13 different cities across Europe, including Madrid, Lisbon, Milan, Brussels, Paris, Berlin, Warsaw, Rotterdam, Amsterdam, London, Copenhagen, Stockholm and Oslo. The tour will begin on Thursday 29 November 2018 and run through to Monday 17 December. The SkLEVEL showpiece will also include two London show at Printworks on Wednesday 12 December and Thursday 13 December.

The Boy Better Know member is recently home from his re-scheduled tour of Australia, which was originally set to take place in 2016, the year his game-changing Konnichiwa album was released. The tour down under saw him visit Melbourne’s Forum Theatre and the Sydney Opera House, as well as performing at Listen Out Festival, the world’s biggest hip-hop and dance festival.

Skepta has been enjoying a busy run of features as of late. His UK-US collaboration with A$AP Rocky, ‘Praise The Lord (Da Shine’, is now certified platinum in America.  Meanwhile, Skeppy also teamed up with Wizkid for ‘Energy (Stay Far Away)’ alongside Wizkid, as well as ‘Dyed 2Wice’ with Lancey Foux. Adding to that extensive feature list is the ‘SK Air’ designer’s collaboration with Ambush on the remix for ‘Jumpy’, alongside Chip, which was performed at the 2018 GRM Daily Rated Awards.

Tickets for the ‘SkLevel’ tour can be purchased from www.sklevel.com from 10am on Thursday 4 October 2018.