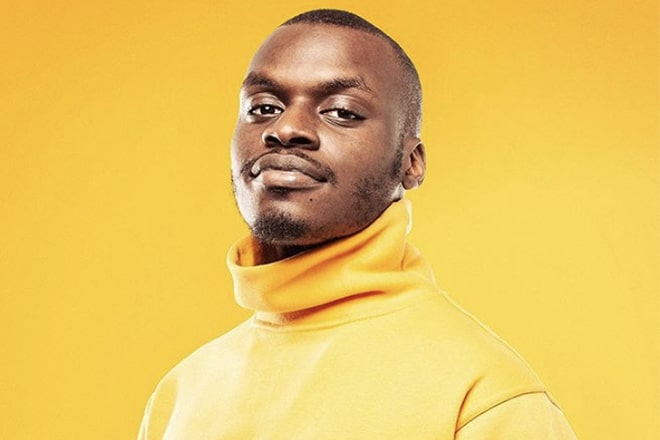 29 Apr 2020 Interview: How Sneakbo became a pioneer of melodic street music in the UK

You would often see RnB acts mix in a few raps here and there when they sing, but before artists like Sneakbo came through in the early 2010s, not too many UK rappers were blending together gangster elements with melodies. But nowadays that’s normal. For that reason, it’s hard to deny Sneakbo’s place among the list of UK rap greats.

“I feel like I can jump on drill, bashment, afrobeats, house, whatever and just come with my style and make it sound good,” says Sneakbo over the phone. That quote summarises in a sentence why the Brixton rapper is nearly a decade deep in the music industry with continued his success. Sneakbo has never been afraid to experiment with his sound and his willingness to dip into different genres has paid off.

Three of his earliest tracks, ‘Touch A Button’, ‘The Wave’ and ‘Zim Zimma’ contained house elements and provided early chart success in 2011-12, with the last two songs charting at #48 and #35 respectively. His three most recent singles, ‘Oh La La’, ‘Love Is A Gamble’ and ‘I Used To’ feature a variety pop-rap, afrobeats and drill-tinged sounds, which have been well-received to the tune of a few million YouTube views in a few months.

In other moments, we’ve seen pure rap anthems that created huge street heat like ‘Aint On Nuttin’, ‘Hometown’ and ‘Active’. After plenty of singles, he independently released his debut album, Brixton, back in 2018 and it charted inside the top 20. He ended that year with 43 million monthly listeners on Spotify. His sophomore album, 9 Lives, is another wide-ranging project sonically and might be his best work yet.

Sneakbo’s catalogue includes huge variety and across the years, he has found a way to make things work. His sound has withstood the test of time and has influenced genres that have come after him, most notably, afroswing and UK rap. Having come up in an era where very few UK rappers got paid well, Sneakbo has transitioned healthily into the ‘streaming era’ and shows no signs of slowing down.

Plugsville spoke with Sneakbo to discuss his legacy, Giggs, drill music and his second album, 9 Lives.

One of the tracks that helped you take off early in your career was ‘Touch a Button’. How did this track become so big?

‘Touch A Button’, the Vybz Kartel version, was a hot song at the time, so I’ve got the beat off YouTube, jumped on it and done a track with Political Peak and JJ. Then that went off and when that went off, before that, I didn’t have a manager or nothing. I was just throwing videos on YouTube, then I got a manager and when that tune was going off, I wasn’t get paid from it, because it’s a Vybz Kartel remix. So my manager at that time, he made me link up with Ill Blu, they changed it into a house/dance remix. Then from there, that was probably my first ever single. Then the wave was just going off from there.

Eight years ago you had a huge buzz, but the industry wasn’t developed back then. Nowadays, if you have a big buzz, you might get a deal, a tour, big videos ASAP. Back then you didn’t, talk about what that was like for you…

Back then, when I was popping back then, I was just fully in the hood, on the roads. I didn’t even use my Twitter. When people used to tweet from Twitter account, that was somebody else doing all of that, so I didn’t really know what was going on out there. I didn’t do no shows, I didn’t see no fans, nothing. I was just always in the hood. When I first started blowing up, I didn’t even care about it, because nobody else around me was famous. Everything you’re seeing now, I wasn’t getting none of that back then. No shows, no MOBOs, no awards, no record deals, none of that was happening for man back then.

In the early 2010s, you spoke about how street music doesn’t really make money but the more pop-sounding stuff does… what’re your thoughts on that nowadays?

You see when I was making ‘Touch A Button’ and all my old school tracks before I met that manager that made me start doing the dance stuff, it’s like, that’s the reason a show might be cancelled, because of those lyrics. Back then, police were just on me because of those kinda things, shows were getting cancelled. But now, five or ten years later, yutes are touring off of talking crud. Everything’s changed now. Back then, I don’t feel like no one was getting away with talking crud and blowing up until recently. Even down to Giggs, Giggs was blowing up but he wasn’t allowed to be shutting down shows and all of that, but now, they’re not shutting down shows like they were.

Back in the day, you were one of the first rappers spitting that hard stuff to also include melodies. Do you feel you’re a pioneer when it comes to melodic street music in the UK?

Definitely, 100%. When I was coming up, I used to hate the Swizz Beats type of beats, it used to always jar me. Because I was coming from Brixton, growing up, I was going to a lot of parties and I’d always hear bashment and afrobeats a lot. That’s what I was used to. So when I jumped on those kinda beats, it was just natural to me. At that time, I didn’t hear no other artists doing it.

In between first taking off and dropping your debut album, what did you do to ensure you didn’t fall off?

That track there was a big moment for me. Growing up in Brixton with the whole Brixton vs Peckham thing. Linking up with Giggs, that track coming about, doing the video shoot. Just working together is a big moment for us, Brixton and Peckham.

How was your first headline show in 2019?

That was lit, man. It was an all-white event, it was lit. My first time doing my own headline show. I wasn’t allowed to do shows for six or seven years, so that was my first time performing in London. Shutdown. It was crazy, still.

How did you deal with not being able to do shows for years?

Secretly, it was frustrating. Don’t get me wrong, I was doing certain shows, like in London or sometimes in Birmingham they’d lock off a show, or some festivals that I get booked for. I was still doing other shows, but it’s stressful because you’re getting ready for the day, then boom, two or three days before the show they’re cancelling it.

Why did you go with the name ‘9 Lives’ for your latest album?

I went with the name 9 Lives because basically, there was a rumour back in the day that I got ran down by Peckham yutes in McDonalds, then when they opened the toilet, they said I turned into a cat. So back in the day, when I was younger and I first used to hear that rumour, I used to get mad at people for chatting shit about it, but then, obviously it’s been years now so it’s just a joke to me. Now I laugh about it when I see it on Twitter and all that shit. I just thought yeah, lemme play with it and it kinda means something. Obviously cats have nine lives and I’ve been through shit that could’ve taken my life, different situations where I could’ve died from, you feel me. I’ve been stabbed, shot at, all these crazy things, and man just survived it. So I just relate to that title – 9 Lives.

Top 10 Reasons You Should Buy Medicine from Canadian Pharmacy

From early on, you’ve always put it on record that you like trying different styles, it feels like you had a vision to be an artist from early, rather than just a rapper. What’re your thoughts about that?

What’s the reception been like to the three singles you dropped from ‘9 Lives’?

From the singles I got, the one that’s got the most hype is definitely ‘I Used To’. I expected that to have a lot of hype. The song with Kida Kudz, the girls are feeling that, they’re loving that as well.

How has coronavirus lockdown impacted your plans for the album?

Normally I’d be out and about doing interviews. Obviously we got to do it over the phone right now. Yeah man, I’d just be out and about. I’d probably be having a launch party, probably be putting on the tour for this 9 Lives album, just getting active. But lockdown, can’t do nothing, so I’ve just got to make the most of it and do what I can.

Do artists like Sneakbo from back in the day get enough respect for managing to maintain for all these years? I feel reaching veteran status where you’re nearly ten years deep in the game is underrated…

Yeah, but it depends, what respect? Because I defo get respect from the fans and certain people in the industry and most people from the industry when they see me. But the respect online and when they’re showing it online, there’s not enough respect. But definitely in real life, when you see each other, there’s a lot of respect. They tell you you’re the pioneer, you started this, you’re hard and all of that.

Listen to Sneakbo – 9 Lives below: