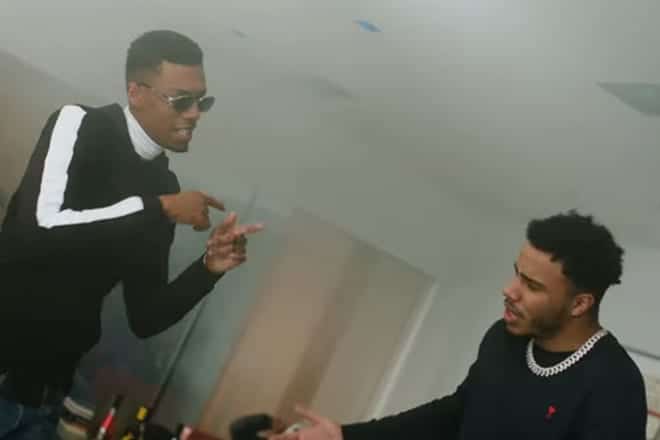 Posted at 20:46h in Uncategorized by Ajay Rose

Steel Banglez Fashion Week –  Two of the UK’s most popular lyricists have joined forces for a fashion-themed new drop.

AJ Tracey provides the hook and a verse, with Hornsey artist MoStack bringing his finesse with his own verse and once again, another memorable opening line. Much like the title, ‘Fashion Week’ brings with it a slick, head-bopping hip-hop feel to it.

This is the latest solo release from beat-maker Steel Banglez. His last three drops, ‘Hot Steppa’ (feat. Loski) ‘Your Lovin’ (feat MO & Yxng Bane)’ and ‘Money’ (feat. MoStack, Mist, Haile and Abra Cadabara), have piled up 15 million video views between them, an indication that went Banglez morphs into artist mode, he usually puts out well-received music. ‘Fashion Week’ looks like it will follow suit, picking up over 20,000 views in its first hour.

We first saw a picture of Banglez, AJT and MoStack emerge back in January but we didn’t know whose track it was or when it would drop. Given that AJ Tracey recently dropped his self-titled album, which peaked at #3, and MoStack recently announced the release of debut project, ‘Fashion Week’ looks like it could be part of a forthcoming body of work from Catalyst artist Banglez.