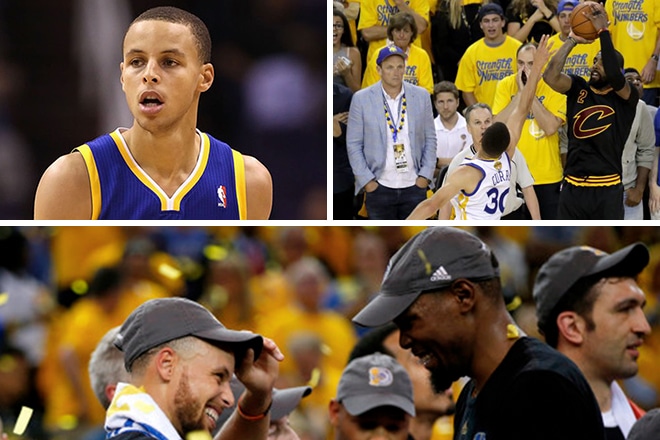 Posted at 16:33h in All Articles, News by Ajay Rose

In 2012, Steph Curry signed a deal that would change the fortunes of the Golden State Warriors years later, inking arguably the biggest bargain in the league’s history, even if people didn’t know it at the time.

Heading into the final year of his rookie deal, Curry was an unfinished product who struggled to stay healthy. He missed the last 40 games of the season before, but still displayed his elite talents, draining 44% of his three-point attempts while averaging a modest 14.7 points per game.

Ahead of the 2012-13 season, Curry agreed to sign a four-year deal worth £34.3m ($44m). The Warriors wanted Curry to prove he could stay healthy, so a deal worth £8.57m ($11m) annually suited all parties. This contract would turn out to be a ridiculous bargain in years to come.

His new deal would go into effect during the 2013-14 season, the last season of Mark Jackson’s tenure, a coach who Curry enjoyed a close relationship with. Steve Kerr, a three-point expert in his own right and three-peat winner alongside Michael Jordan in the late 1990s, arrived at Golden State and quickly started producing results. 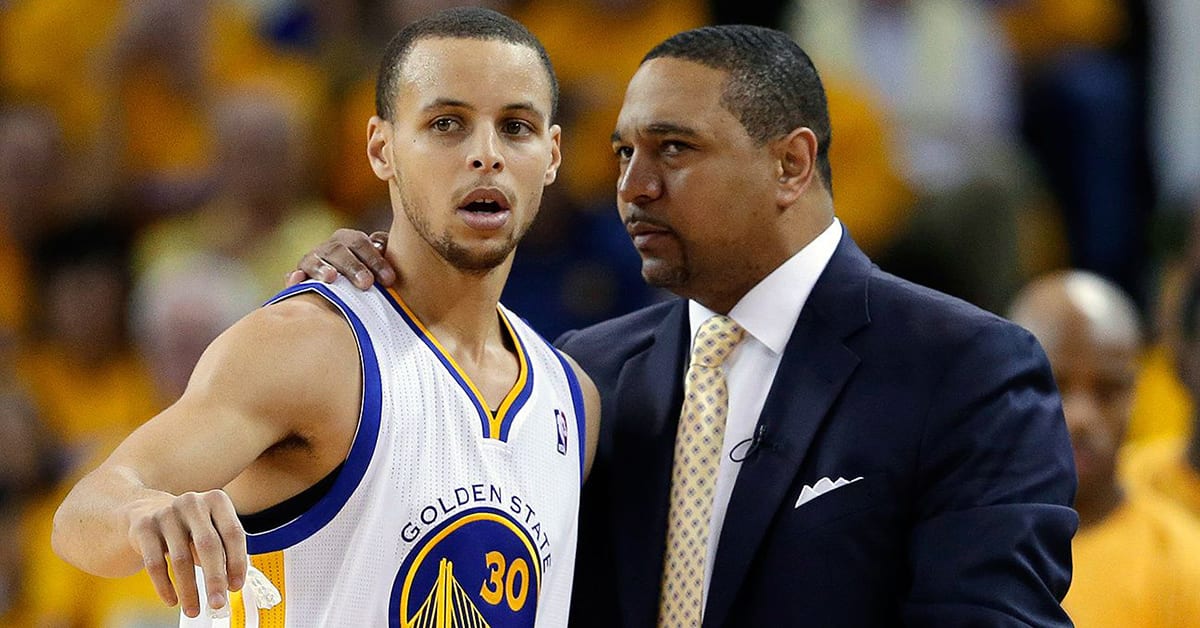 A lot of things clicked for the Warriors during Kerr’s first title winning season in 2014-15. Draymond Green emerged as one of the league’s best defenders, finishing runner-up in race to win Defensive Player of the Year. Curry won MVP after breaking his own record for most three pointers made during a season.

Klay Thompson made 239 three-pointers himself, Andre Igoudala was a key piece off the bench and the Cleveland Cavaliers were without Kevin Love and Kyrie Irving during the 2015 Finals, making for a lopsided-result. The Warriors ended their 40-year title drought after beating the Cavs 4-2. During this season, the league’s MVP was only the 65th-highest-paid player in the entire league.

The next season didn’t saw the Dubs go from bordering on basketball immortality to flat-out disaster. Golden State won a record 73 regular season games, with Curry winning the MVP award by unanimous vote, as he did in 2016, when all 131 first-place votes were awarded to the former Davidson product for the first-time in NBA history. All signs pointed towards a rematch with the Cavs, which they were expected to win. They navigated their way through the Western Conference and found themselves within one game from making history.

The Warriors were up 3-1 during the Finals in a rematch against the Cavs. No team in NBA history had ever lost a seven-game play-off series after leading 3-1, until now, as the Cavs came back to win 4-3. No team had ever faced the version of LeBron James we saw during those three games, aided by Kyrie Irving and his game-7 dagger late on, solid contributions Kevin Love and Cleveland’s role players. 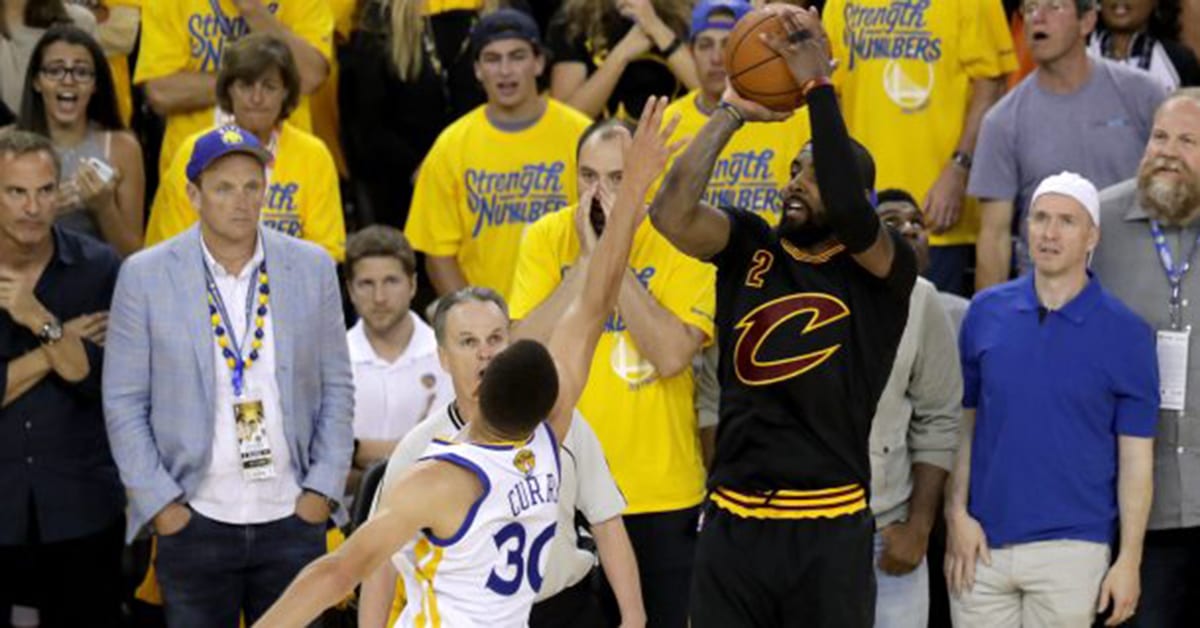 Had the Warriors won, it would’ve gone down as one of the most dominant title wins ever, because of their regular season success and revolutionary ‘small-ball’ style of basketball, which places emphasis on quick-passing and success from three-point range.

Up until this point, Curry’s contract was a mere formality. Everyone knew the deal was a steal, but it was a bargain that was soon to expire. One season on, Curry would be eligible to sign a supermax contract, which would allow him make £156.68m ($201m). One season left to cash-in somehow on this albatross of a bargain.

How does a team that already has three NBA all-stars improve? By adding a fourth. Most teams in the league simply wouldn’t have enough salary cap to sign such an elite talent, but the Warriors could sign Kevin Durant in 2016 because of how cheap Steph Curry was.

The summer of 2016 saw a huge spike in the salary cap in the NBA, which had a profound effect across the league. It basically meant teams had a lot more money to spend. Seeing that Curry, Thompson and Green were all signed to deals before the cap spike, the Dubs now had enough money to offer Durant a two-year deal worth £39.75m ($51m). 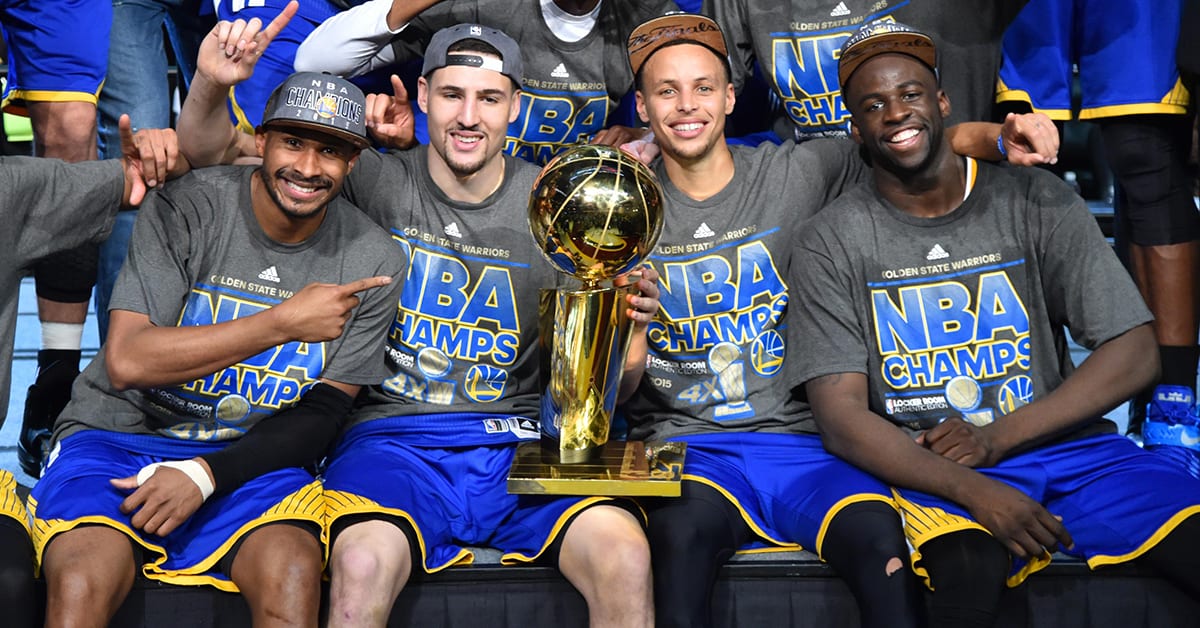 A year later, Curry’s salary would jump from $11m to $40.2m. If he was getting paid anywhere near his level of production, the Warriors would have no chance of signing Durant.

But they did, the former Oklahoma City Thunder forward joined and here, the Warriors reached a video-game-like level of dominance. They again faced Cleveland in the 2017 NBA Finals, destroying the heroic efforts of LeBron James with a 4-1 victory. Kevin Durant then signed a discounted deal that summer, reducing his salary so the Dubs could sign Shaun Livingston and Andre Igoudala, two role players, to new deals.

A rematch beckoned this past year, which again saw the Warriors dismantle everyone in their path, including a 4-0 sweep of the Cavs in the Finals, with Durant scooping a second Finals MVP award. 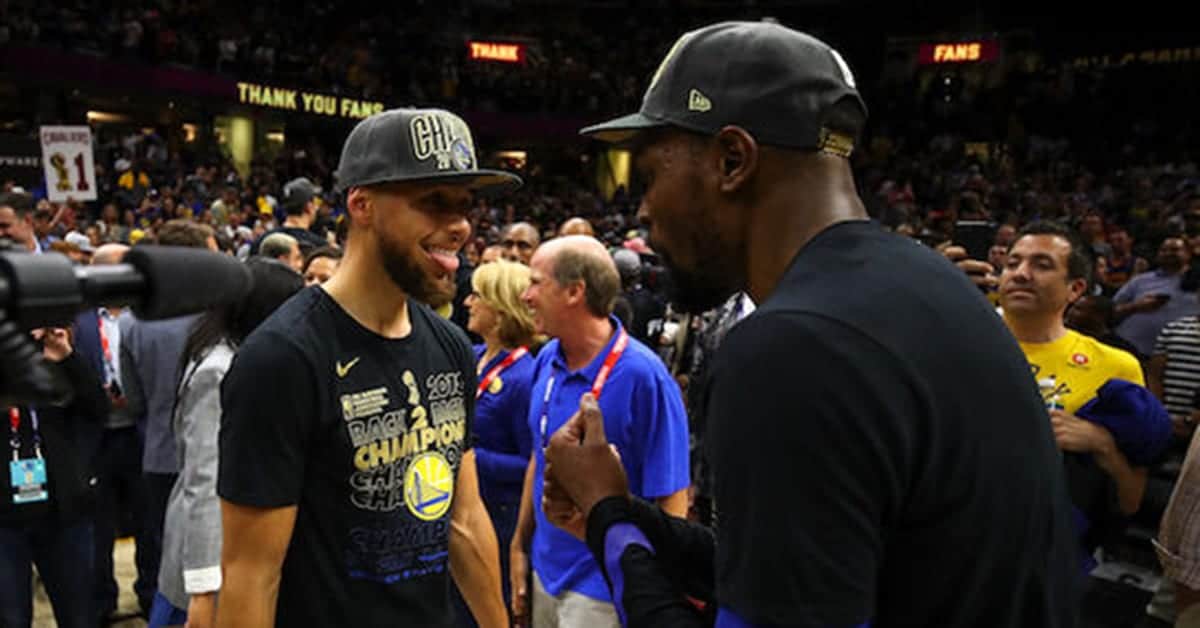 The Warriors went from historic disaster to historically good, all because of Kevin Durant. There are of course, other factors in play here. Klay Thompson and Draymond Green are also operating on bargain deals, but still received considerably the amount Curry did in 2013. Thompson signed a four-year deal worth £54.56m ($70m) in 2014, while Draymond Green agreed to a five-year deal worth £62.36m ($82m).

A few trades were also made, including getting rid of Andrew Bogut, who back in 2012, was considered a cornerstone player alongside Curry, but it was the point  guard’s distorted contract which was the most influential catalyst.

Once an injury prone point guard, Steph Curry is now the leader of one of the NBA’s most dominant teams in recent history, one that has produced three titles in four seasons. A dynasty that, without Curry’s original team-friendly deal from 2012, may not even exist.