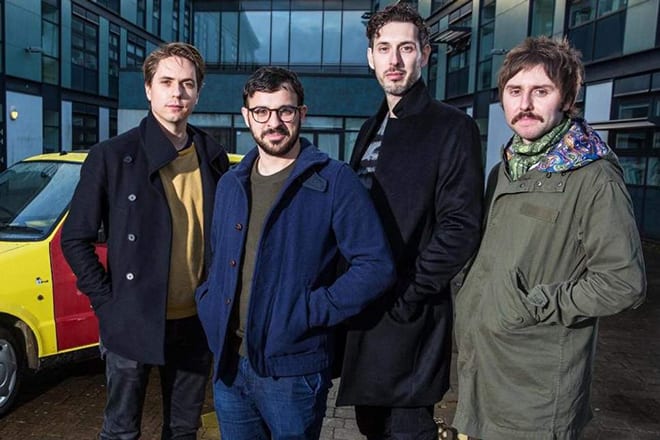 Posted at 17:01h in All Articles, News by Plugsville

The Inbetweeners: Fwends Reunited –  One of the UK’s funniest comedy series is set to return for a one-off anniversary after 10 years on New Years Day.

The hit E4 show ran for three seasons between 2008-2010, with the pilot airing on early May 1 2008. Actors Simon Bird (Will), Joe Thomas (Simon), James Buckley (Jay) and Blake Harrison (Neil) played the roles of awkward teenagers sifting their way through sixth-form with unfiltered, hilarious honesty. The final episode aired in October 2010 but after providing three hugely rewatchable seasons, the show later expanded in the form of two films.

‘The Inbetweeners Movie’, which hit cinemas back in 2011, saw the quadrant venture off on their first ‘lads holiday’ to Malia. The prequel, ‘The Inbetweeners Movie 2’, came out three years later and saw the group explore Australia. At the time of its release on 6 August 2014, the film ended breaking a record on its first day, raking in the biggest ever opening day for a comedy at the UK box office, taking over £2.75m.

BEST OF THE INBETWEENERS | All The Funniest Moments | Series 1

Shortly after the release of ‘The Inbetweeners Movie 2’, Simon Bird hinted that the show was finished for good, despite fans clamouring for another movie or TV series: “Once you see the film you’ll see it feels like they’ve all moved on with their lives, so unfortunately this is it. it’s a great way to say goodbye.”

‘The Inbetweeners: Fwends Reunited’ is set to air on January 1 2019 at 9pm on Channel 4 and will include behind the scenes clips, celebrity guests, unseen footage, awkward stories and the show’s best moments.

Tom Beck from Channel 4 said this of the show’s return: “Will, Jay, Simon and Neil spent years failing to sneak into the best parties, so I’m very pleased to throw one that they’re definitely invited to. I just hope Will brings his Mum.”

Co-producer of The Inbetweeners, Will Macdonald added: “The love for The Inbetweeners is huge, the kind of love that Jay would boast he’s had many times – big celebrities, millions of viewers and loving fans from across the globe.And it’s so exciting the boys will be back together to feel that love from all those people and enjoy it first-hand. What could possibly go wrong?”